Ford Maverick Outsold the Ranger and Toyota Tundra in January

Despite chip shortages and supply chain issues, Ford’s newest pickup truck is on the rise. 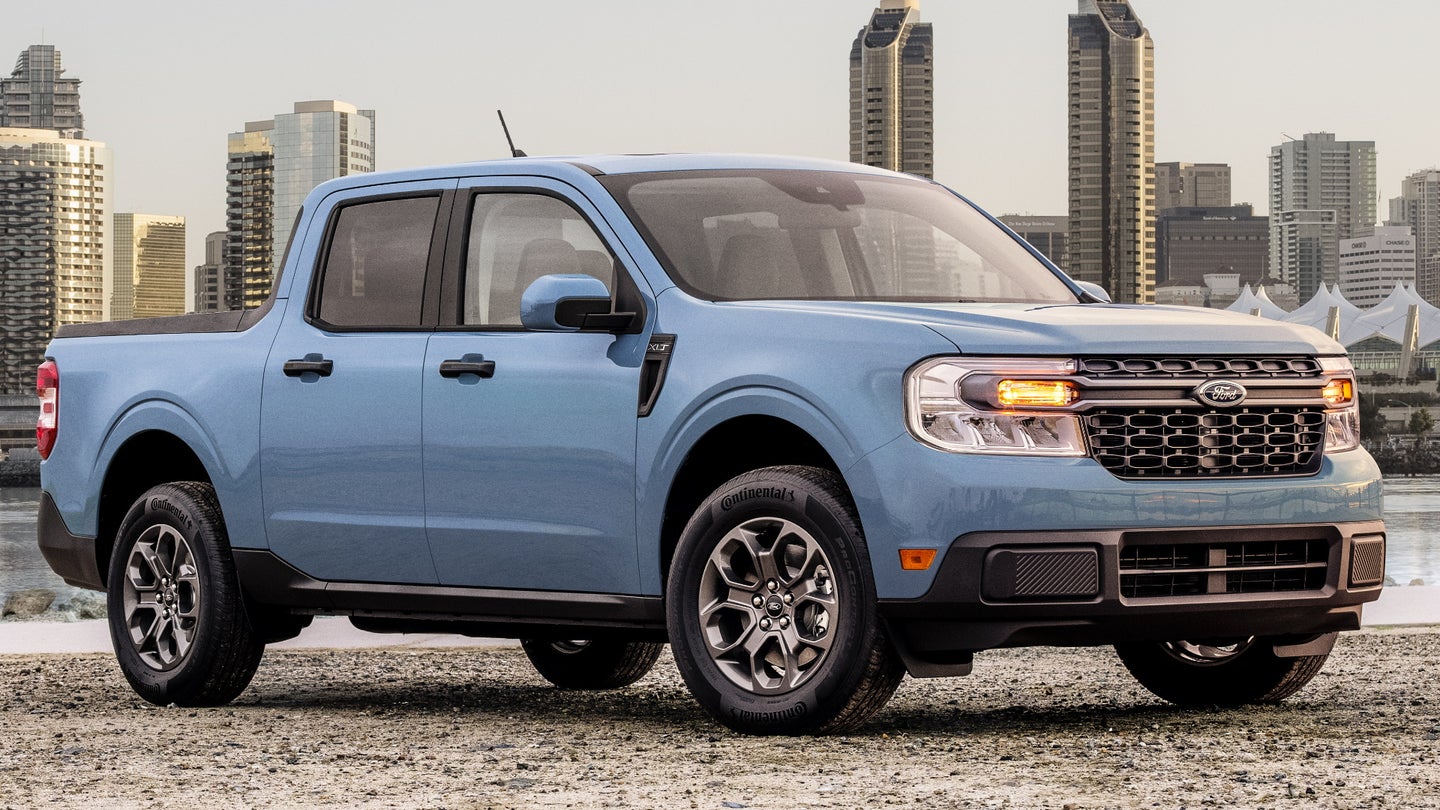 The Ford Maverick seems to be a hit with truck buyers so far, with its versatility,

low cost of entry, and impressive fuel economy. As it turns out, its sales reflect that. The tiny unibody truck from the Blue Oval sold a total of 6,513 units in January, an impressive figure independent of any comparisons, but especially so when compared against a few truck models over the same period of time.

As TFL Trucks reports, the Maverick not only outsold its closest rival, the Hyundai Santa Cruz by over two to one, but it also sold more units than other trucks in other more established classes. Of course, these may not be direct competitors of the Maverick, but it's still a good way to conceptualize a truck's popularity. The Ford Ranger, Toyota Tundra, and Honda Ridgeline, for example, sold fewer units in January 2022, for instance. To be clear, the most popular truck in America, the Ford F-150, sold 50,543. The Maverick is doing good, then, but it's not taking over the world just yet.

Just the same, the Maverick couldn't overtake the perpetual mid-size winner, the Tacoma. At 15,285 units, Toyota's smallest pickup is still king in its segment. The Maverick didn't beat the other trucks mentioned by slim margins, though. The Ranger sold just 5,237 units to the Maverick's 6,513, and the Honda Ridgeline sold 3,358, not a far cry from the 2,820 Santa Cruz's sold in the same period.

The chip shortage is, of course, playing a role here. Some companies are getting hit harder than others, and it's worth noting that for nearly every pickup we have data for, sales declined when compared to the same month in 2021, with the exception of the Ridgeline. Would Hyundai be able to sell more of its compact truck if it had more inventory? That's unclear. Also, all of these vehicles are likely being affected by markups, but they vary from dealership to dealership. All of this considered, the Maverick still beat its Korean rival by a very significant margin, so we can pretty safely say that buyers preferred it over the other in January.

We'll have to wait until more data comes in to really understand if something special is going on here, but so far, it's looking good for Ford's pint-sized pickup.