None of the Gladiator’s midsize truck competitors can even be optioned to that price. 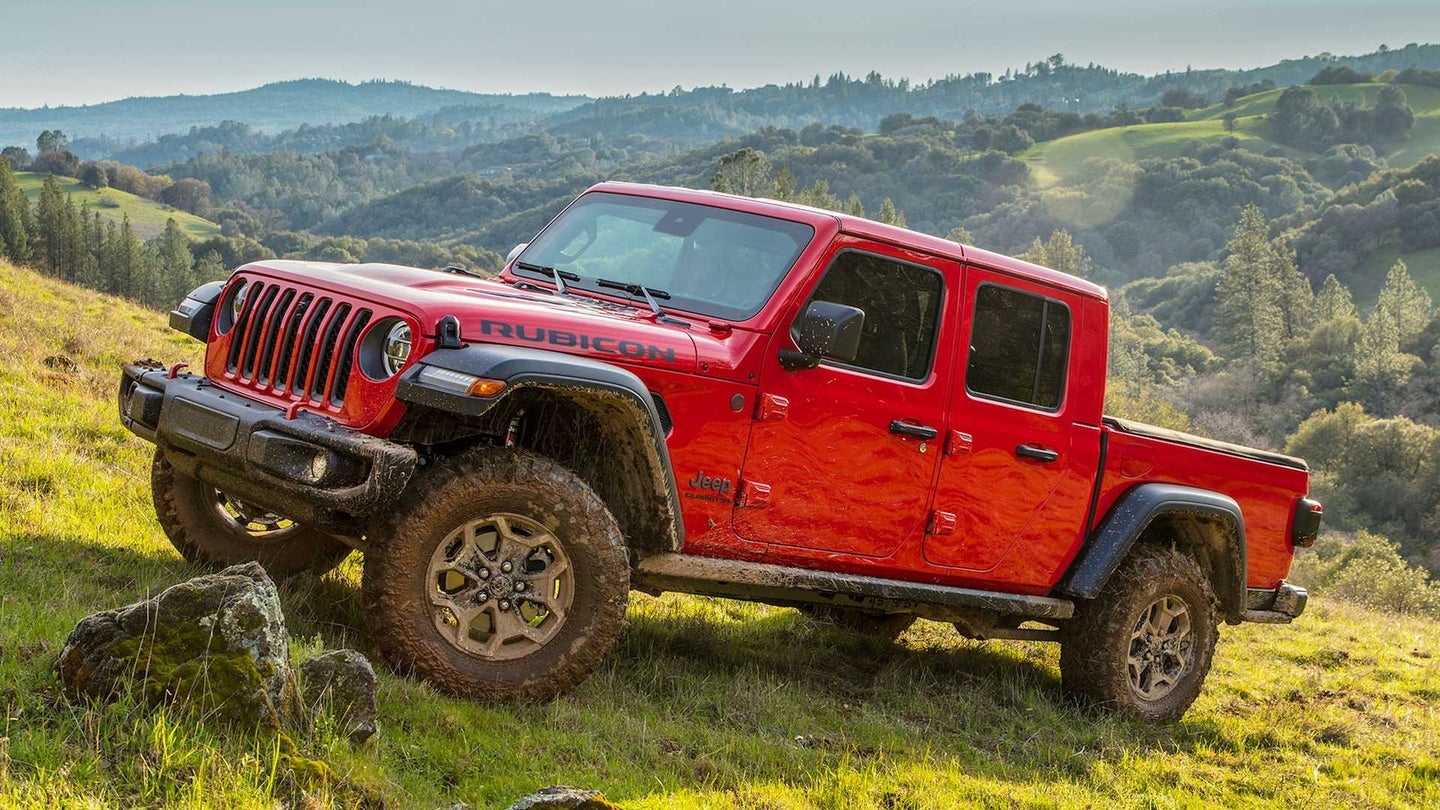 Thanks to months of endless hype surrounding the Jeep Gladiator's springtime launch, people are apparently comfortable spending a pretty penny on the off-road-focused midsize pickup truck. While it's no surprise that consumers are opting for high-trim versions of the automaker's newest model, the price they're typically paying is undoubtedly staggering. And according to Cox Automotive, the average Gladiator transaction clocks in at a lofty $56,000. For comparison, none of its in-class competitors can even be optioned to that price.

Now, before we jump up and down with raised fists, there's one factor to keep in mind: upon the rollout of a new vehicle, manufacturers often tend to place production priority on more expensive models to drive up profits and therefore fund further manufacturing. This means that, likely, Rubicon-trimmed Gladiators are the most readily available models for customers to get their hands on. The starting price for a Gladiator Rubicon is north of $43,000 and, with the sold-out build slots for the limited Launch Edition raking in $62k per, we quickly land at this seemingly steep average transaction price for the month of May.

Still, when pitted against the Ford Ranger—which is having a far better second quarter than it did Q1—the Gladiator dwarfs the Blue Oval's average of just over $37k.

Volume figures are relatively low for the Gladiator which, again, could be credited to May being its first full month of availability. According to official figures released by Jeep, a total of 2,548 Gladiator pickup trucks were moved last month. That's a bit less than the Honda Ridgeline (2,888) and a decent deficit to the aging Nissan Frontier (7,497). The aforementioned Ford Ranger saw a spike to 7,750 units sold during the same period, and the perennial top-dog Toyota Tacoma saw its 18th consecutive month of improvement at 22,832 trucks sold.

Expect to see the Gladiator's numbers level out over the rest of the year, though the average going rate for the Jeep truck will probably still outrank most of its counterparts.

The Gladiator excels at towing and off-roading—not high-speed contests.