The Gladiator excels at towing and off-roading—not high-speed contests. 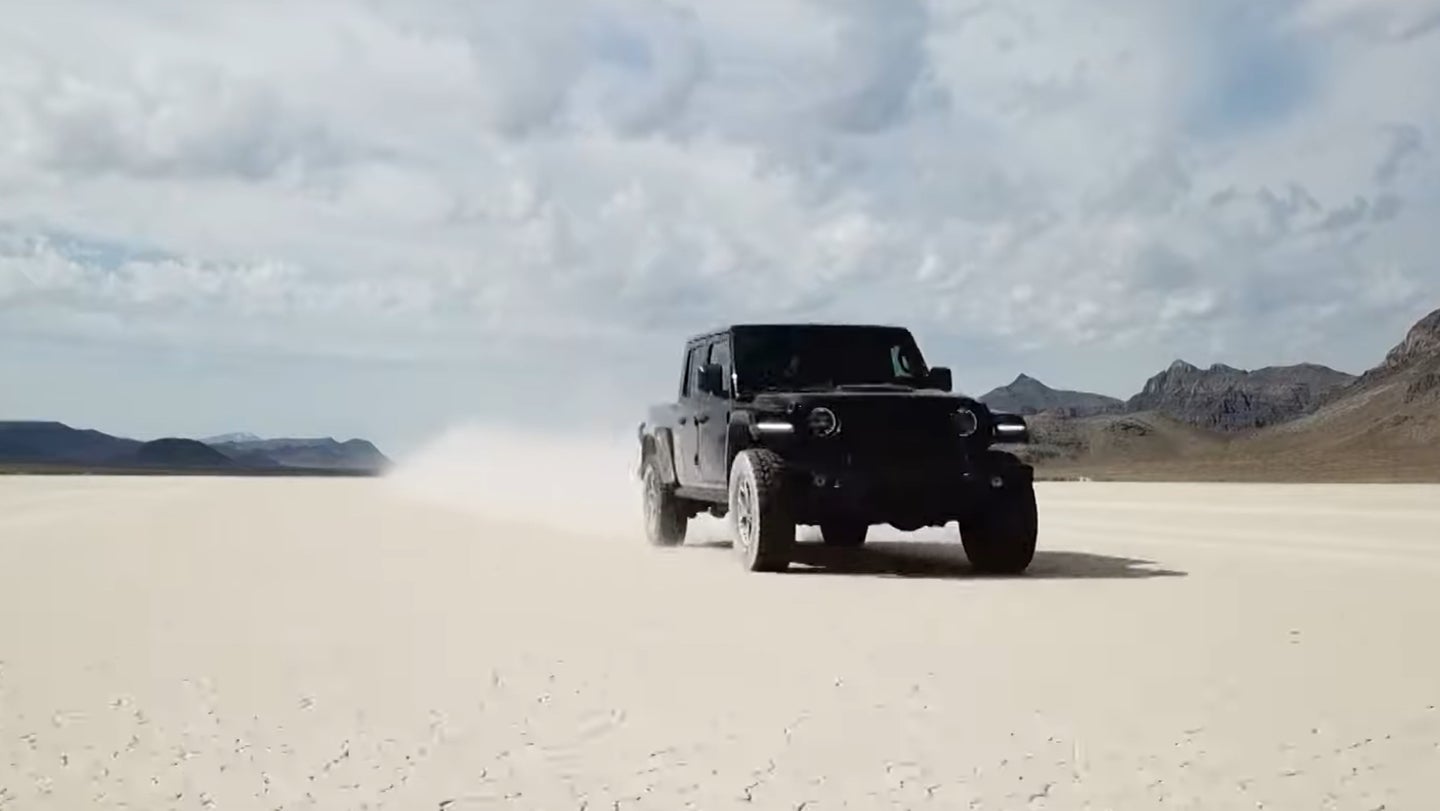 Most of the performance questions for the new Jeep Gladiator deal with things like gear ratios and breakover angles for crawling over stuff out in the wilderness—not so much with top speed. Yet YouTuber TheStradman was determined to figure out just how fast his 2020 Jeep Gladiator Rubicon 4x4 would go out on an open dry lake bed anyway.

This Gladiator pumps out 285 horsepower and 260 pound-feet of torque from a 3.6-liter V6, which believe it or not, doesn't actually make this giant Lego brick of a truck go all that fast. Jump ahead to about 5:50 for when he gets to the dry lake bed trip, and you'll find out.

It's anticlimactic, to say the least. The Gladiator was optimized for lots of low-end torque to crawl around with, which leaves a lot to be desired in its upper rev range if you're trying to max out its top speed. TheStradman, a guy who was already leaning towards the idea of an engine swap in the first place, got bored of the V6's lack of oomph by 60 miles per hour.

Acceleration slows noticeably over 70 mph, such that by the time it crawls up to 97 mph, it's just anticlimactic. At that point, the Jeep was hitting its electronic speed limiter anyway, so that was that.

You can notice a little vibration in the steering wheel from the rough lake bed during TheStradman's run, but overall, finding the speed limiter on a bone stock, brand new Gladiator looks like a pretty boring experience.

While Motor1 notes that most stock pickup trucks tend to have top speeds around 100 mph, it certainly isn't too hard to find an upgrade for that in the Gladiator's case. Jeep's North American boss Tim Kuniskis even said that the Hemi V8s fit "like a glove" in the Gladiator's engine bay, albeit just barely.