Jeep has reportedly built two massive warehouses where it’ll keep all the cash its new money-printing machine will rake in. 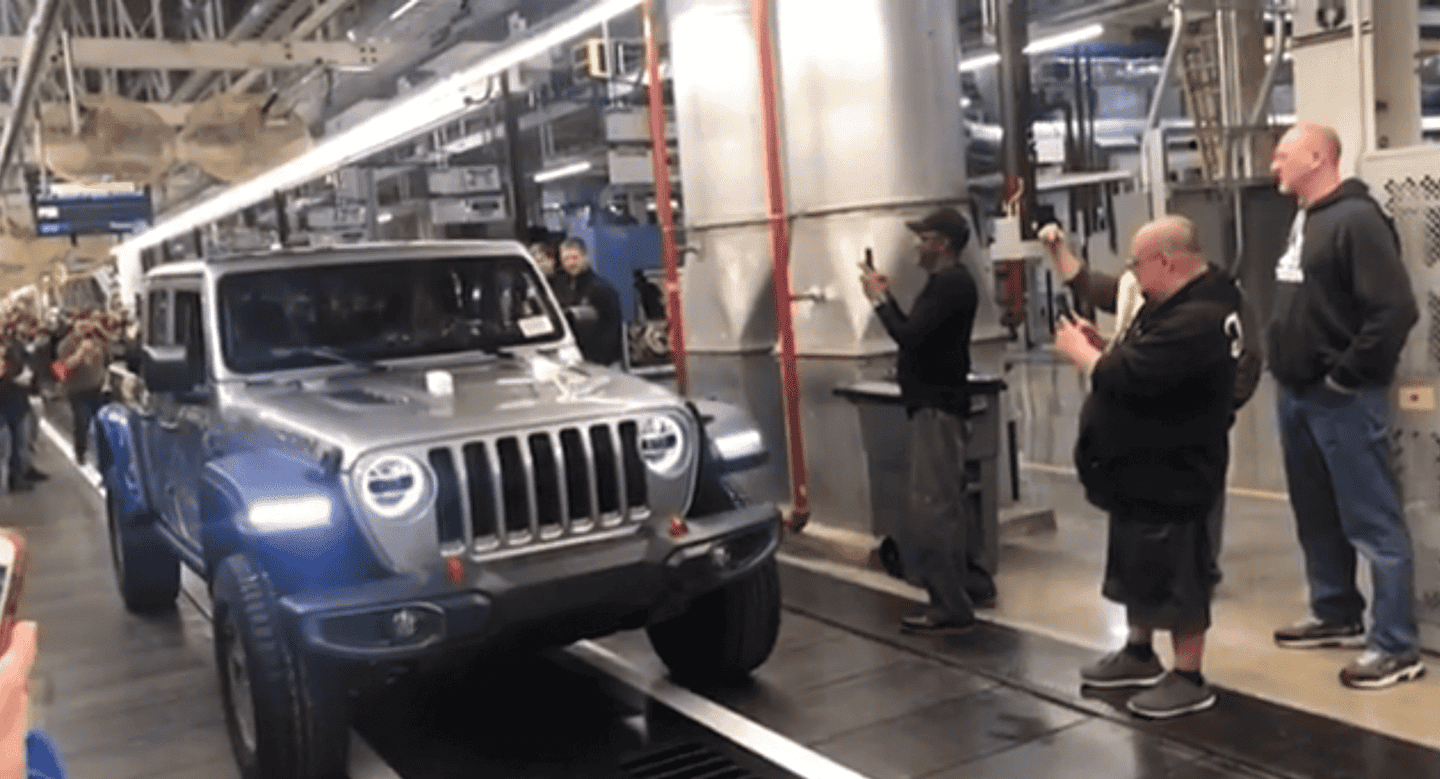 After loads of build- and release-date hullabaloo, the Jeep Gladiator pickup has become a reality as the first production model was built on Tuesday at Fiat Chrysler's Toledo, Ohio plant.

This particular example, a Rubicon painted in Billet Silver with heaps of trick off-road options and doo-dads, marks the first of many Gladiators that'll be built ahead of the truck's rumored June release date. Then, it'll hit dealer lots nationwide and presumably fly off them as quickly as they landed with pent-up demand for the Gladiator reaching its boiling point.

Gladiator numero uno can be seen here driving off the line to applause from those that helped assemble it:

Other posts flooded Instagram Tuesday afternoon with plenty of excitement over the Wrangler-based pickup.

Upon its release, the Gladiator will feature a 3.6-liter Pentastar V6 as its sole engine option until a 3.0-liter EcoDiesel comes along for 2020. The former will be able to tow 7,650 pounds with the Max Tow Package on Gladiator Sport, trumping the most capable Chevrolet Colorado to make it best-in-class. Oh, and you'll even be able to get it in a six-speed manual—how's that for customer satisfaction?

The looming question mark behind the Gladiator is its price. With no specifics mentioned by Jeep, we expect it to clock in a good deal above the Wrangler it's based on—an already pricey model that can nudge the $60,000 threshold when fully loaded. Dealer markup is a possibility as well, meaning that a top-spec Gladiator could find itself among the luxury half-ton pickups that sit a full class above the Jeep.

Regardless of the finances, though, the curb appeal is real with the convertible adventuremobile. Don't expect price to deter premium buyers from scooping them up as it's not uncommon to see Jeeps of all sorts modified to the high-heavens, costing nearly six-figures in their final form.