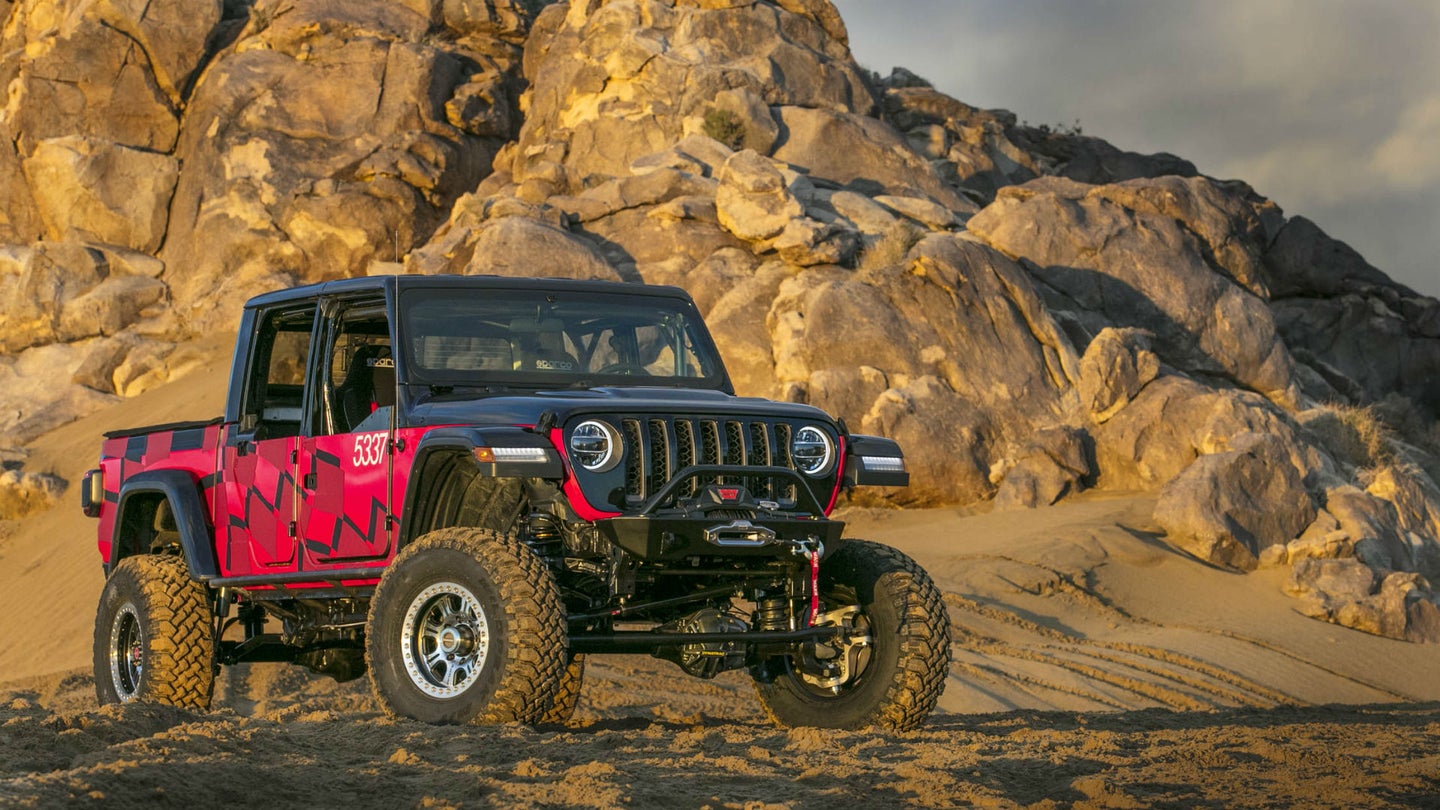 Jeep has entered a 2020 Gladiator pickup into the King of the Hammers Every Man Challenge, racing in the 4600 stock class. King of the Hammers is an intense off-road race through California's desert, in which competitors must navigate high-speed sections, as well slow down to perform rock-crawling maneuvers. This year's event is taking place between Feb. 1 and 9, while the Every Man Challenge 124-mile race ran on the sixth.

The race's "stock" class does allow a few modifications, but the competing vehicles must be running with a factory spec engine, frame, and body. Tires are also limited to a 35-inch diameter in this class. To prepare the Gladiator for the Every Man Challenge, Jeep commissioned California shop Savvy Off-Road. The team at Savvy added a roll cage, winches, custom suspension with Fox Racing shocks, and Dynatrac 60 axles at the front and rear. They also removed the Jeep's rear seats and installed Sparco racing harnesses up front.

Driving the Gladiator were racers Robby Gordon and Erik Miller. Gordon has had a career in NASCAR, IndyCar, and the Dakar Rally, among many other ventures. He was chosen to take on the high-speed sections of the race. Miller is a King of the Hammers veteran with two championships under his belt, and he handled the more technical sections of the race.

“Jeep has been attending King of the Hammers for many years, listening to, observing, and engaging the group of hardcore off-road enthusiasts who gather there,” said North American head of Jeep Tim Kuniskis. "So we figured even though we haven’t built the first customer unit yet, why not bring it out and put it to the test at this ultimate proving ground – the toughest one-day off-road race in the world?”

The event results page shows the Gladiator finishing sixth in its class, 43rd overall, with a time of 10 hours and four minutes. Just completing the challenge is an accomplishment, as the results indicate that 23 of the 29 class competitors were unable to cross the finish line.