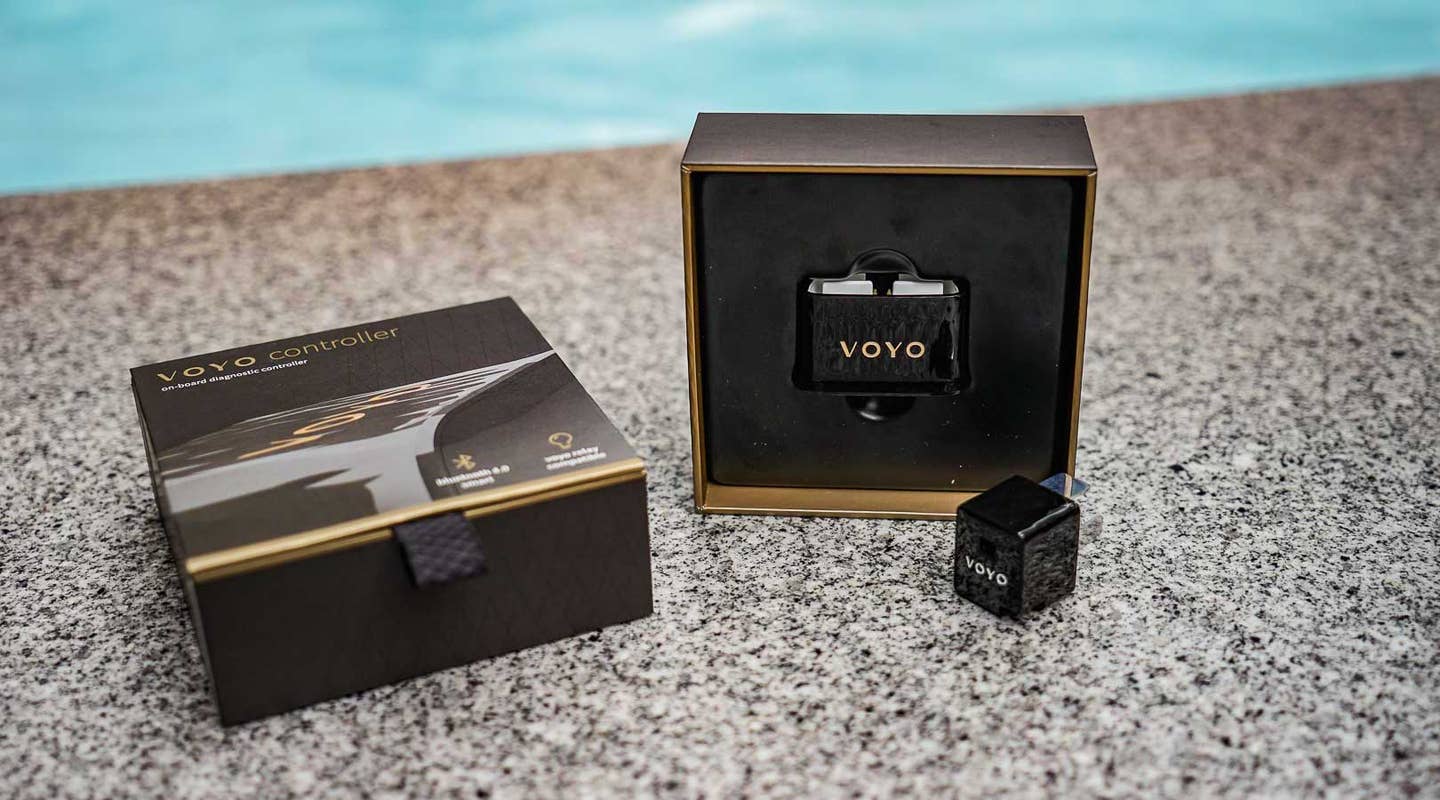 Technology is beautiful, unless you don't have it. Analog is charming in a vintage car, but there’s a nasty stop-gap between carburetors and touchscreens. Especially those soon-to-be-classics from the Nineties suffer from a kind of semi-connectivity—not quaint, just outdated. That’s where Voyo comes in.

The hardware is comprised of only three small dongles, which plug into your car's OBD port and fusebox. The OBD dongle accesses general vehicle parameters; the two fusebox dongles replace the fuses for the starter motor, giving your engine start/stop functionality increased efficiency. And that's just scraping the surface of what this tool can do.

Inside a Chevy Equinox, on a quick demonstration drive with all dongles installed, Voyo CEO Peter Yorke tells me to hold on. He then smashes brakes, full ABS intrusion, emulating an emergency stop. Then he asks me to check my email.

Sure enough, an email with the subject line "ABS Event" was sitting in my inbox, complete with a Google Maps link pinpointing where the event occurred. Twenty-six year-old me was pretty impressed by this. Also, very glad this tech wasn't around when seventeen-year-old me was hooning dad's Volvo 850 wagon all over suburban New Jersey.

Yorke hints toward future updates, including a system that calculates average time stopped at a given intersection and, in turn, uses that information to factor in finding the fastest routes to a destination.

My only concern? Most new cars with auto engine start/stop have been optimized to some degree, both with specialized batteries and engineering to make the engine as smooth and quiet as possible through repeated ignition and re-ignition. And, as you might imagine, that mechanism wasn’t S-Class smooth on the late model Chevy that our Voyo was demo'd in. We’re still hyped on the possibilities of its other features, though. Just maybe let that 1996 Pontiac Sunfire idle at stoplights a little longer.