Craigslist was the easy part. Now, to get our FJ home from Pennsylvania… 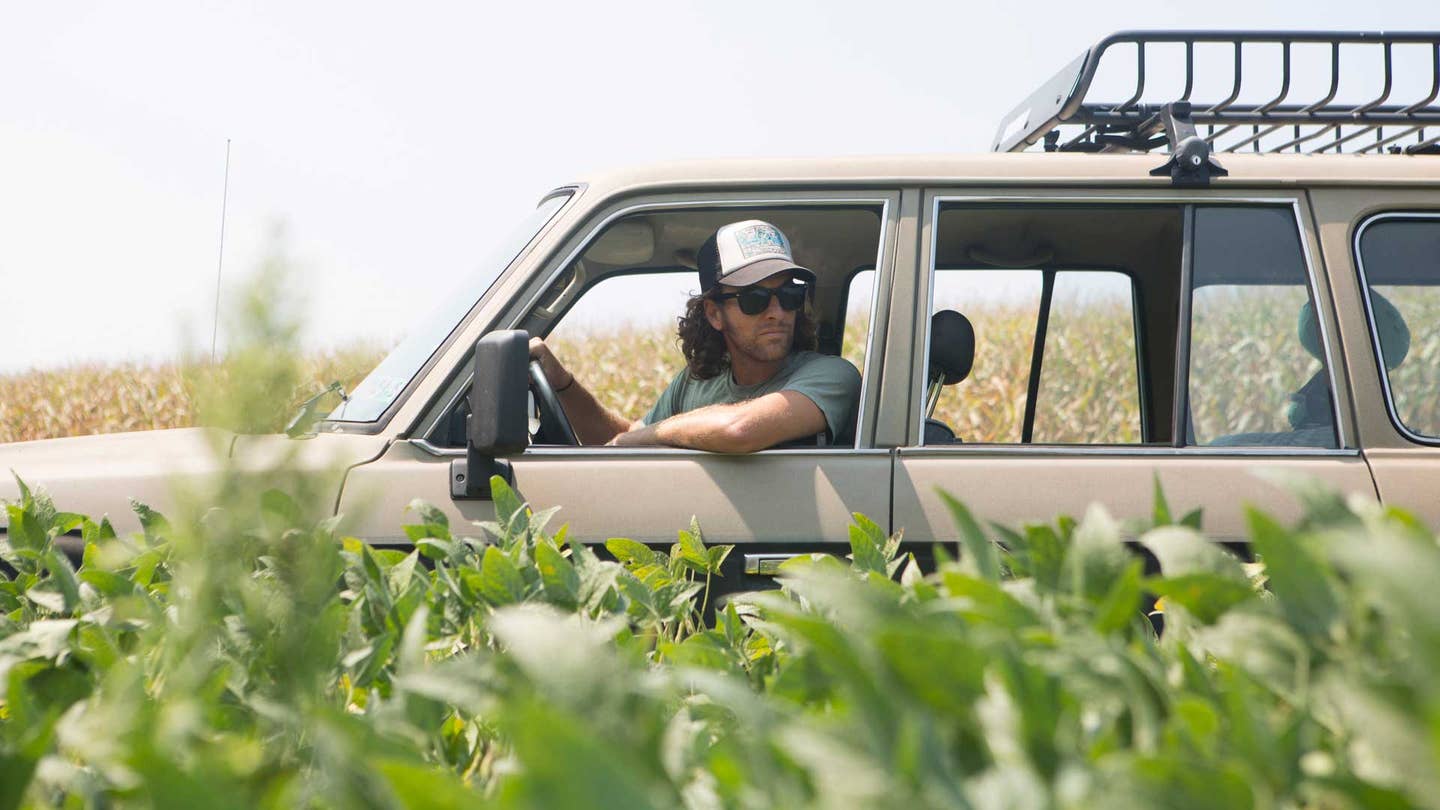 Wait, why are we here again?

O.K., so you got the Cruiser. Mazel tov. Everyone’s happy, right?

My initial elation after purchasing our project FJ62 Toyota Land Cruiser waned into dull, insistent apprehension. Was the Grateful Dad legit? Should I have left the truck in Pennsylvania with a guy I didn't know? Clouds lay thick over green hillsides. A heavy rain began to fall.

The purchase made, I made a brief stop for lunch in Lancaster, Penn. It didn't assuage my discomfort. Less than an hour east of Dallastown where I'd bought the truck, Lancaster has a proud history. James Buchanan, the United States’ 15th president and surely one of our least effective, hails from nearby. The city's factories built Conestoga wagons and Pennsylvania long rifles for the brave/foolhardy frontiersmen who threw themselves en masse at the inhospitable Western wastes during the 19th century. F.W. Woolworth opened his first five-and-dime store in Lancaster. What remains of the glory days is a sort of post-industrial residue that resembles the places H.L. Mencken described in "The Libido for the Ugly."

After finishing lunch at a solid, surprisingly authentic Mexican restaurant, I walked around downtown and noticed a few working-age men sitting on porches, drinking at 1 p.m. on a Thursday afternoon. A disheveled man beat an irregular rhythm on a broken percussion instrument, all the while groaning what might have been lyrics. His audience consisted of a similarly attired woman and a few stray dogs.

But most places look less than their best in foul weather, and my fear was unfounded.

Nice scene you painted there, Steinbeck. Now, about that truck.

Two weeks later I drove back to Dallastown to pick up the FJ. The sun was shining and Pennsylvania Dutch country looked brilliant beneath a blue sky. The truck hadn't moved since I'd parked it on the street in front of a vacant house, and was covered with a fine layer of tan dust. I slid into the driver’s seat, turned the ignition key and waited. After only a few seconds of cranking, the truck's stout six-cylinder engine roared to life, sending a large blue cloud of oil smoke drifting down the street.

Since the last time I had seen him, the Grateful Dad had already picked up a new ride: an early Nineties Dodge Caravan he'd scored for $350. “Way better for jam band shows,” he explained. According to his Facebook page, he and his daughters have painted it from stem to stern with a rainbow dancing-bear motif.

The Grateful Dad was in a hurry on pick-up day—on his way to another festival—and bounded between his garage and the back of the van with bundles of tie-dye as we chatted.

"Check this one out," he said. "It's got dancing bears on it. This one sold in less than five minutes on eBay." The unmistakable face of a bear was indeed present at all four corners of the tapestry. Remarkable. The Grateful Dad excused himself, and we were off.

The ride back to Brooklyn was curious, but not because of the sights, which were few. It had more to do with mechanics. "Runs and drives" is a great way to describe the condition of our venerable FJ62. "Handles well at highway speeds" is not. The fun starts at 3 mph, when a metallic clanking sound kicks up from the front wheels. But that goes away at about 10 mph, right about the time the oversize, knobby tires begin to groan against the pavement. At 40 or 50, the groan becomes a howl, and at full highway speed, the howl becomes deafening. It didn't even matter that the stereo was kaput, because I wouldn't have been able to hear whatever bootlegs the Grateful Dad might’ve absentmindedly miracled me.

Bad directional controls notwithstanding, there was no point in driving all the way out to rural Pennsylvania if not to sample the goods a bit, so to speak. So I went out for a rip on a couple of dirt roads, cutting across a randomly selected cornfield or two. Nothing too serious; just enough tomfoolery to kick up some dust and break the rear end loose in a series of wide, swinging arcs. Run-of-the-mill, The Dukes of Hazzard stuff.

Well, for three grand, what did you expect?

But I haven’t come to the biggest issue yet: steering. There's a little link between the two front wheels that connects the wheels to the steering gear. That link has at least a half-inch of play in it. Translation: The steering wheel can be turned anywhere between 10 o'clock and 2 o'clock, and the truck will maintain a straightish trajectory. In Pennsylvania and New Jersey, where the roads are good and smooth, the ride wasn't so bad. A few times, my eyeballs even stopped rattling long enough to make out some curious landmarks.

Like Dunkard Valley Road, where someone was either named “Dunkard,” or had been too drunk to include the “R”; a store called Amish Stuff—its tagline, "Not just stuff... Amish stuff." Most of the time, the skull of the bobble doll mounted to the FJ’s dash jackhammered violently to the rhythm of worn parts.

Once we crossed the threshold of sane road-infrastructure planning and into the wilds of New York, it became clear that the steering and suspension issues would have to be fixed right away. The truck seemed to list to one side, and when its tires made contact with the rough-hewn patchwork of the Staten Island Expressway entrance ramp, what was left of the steering no longer worked for a few terrifying seconds as the wheels left the ground.

By the by, the truck made it back to Brooklyn, where it will become something very different than what it is today.

Tell me there are snorkels involved. And a bigger engine.

Patience. First, we must strip our candidate down to its bare essentials, removing faulty steering and suspension parts, the tired engine and transmission, and the interior that smells like a litter of dogs was born in it. Then, and only then, will The Build be the blank canvas you, dear reader, deserve.

Ready for some hardcore wrenchin’? Neither are we. But we—and you—will get there.