World Racing League Is Club Racing for the Enduro-Minded 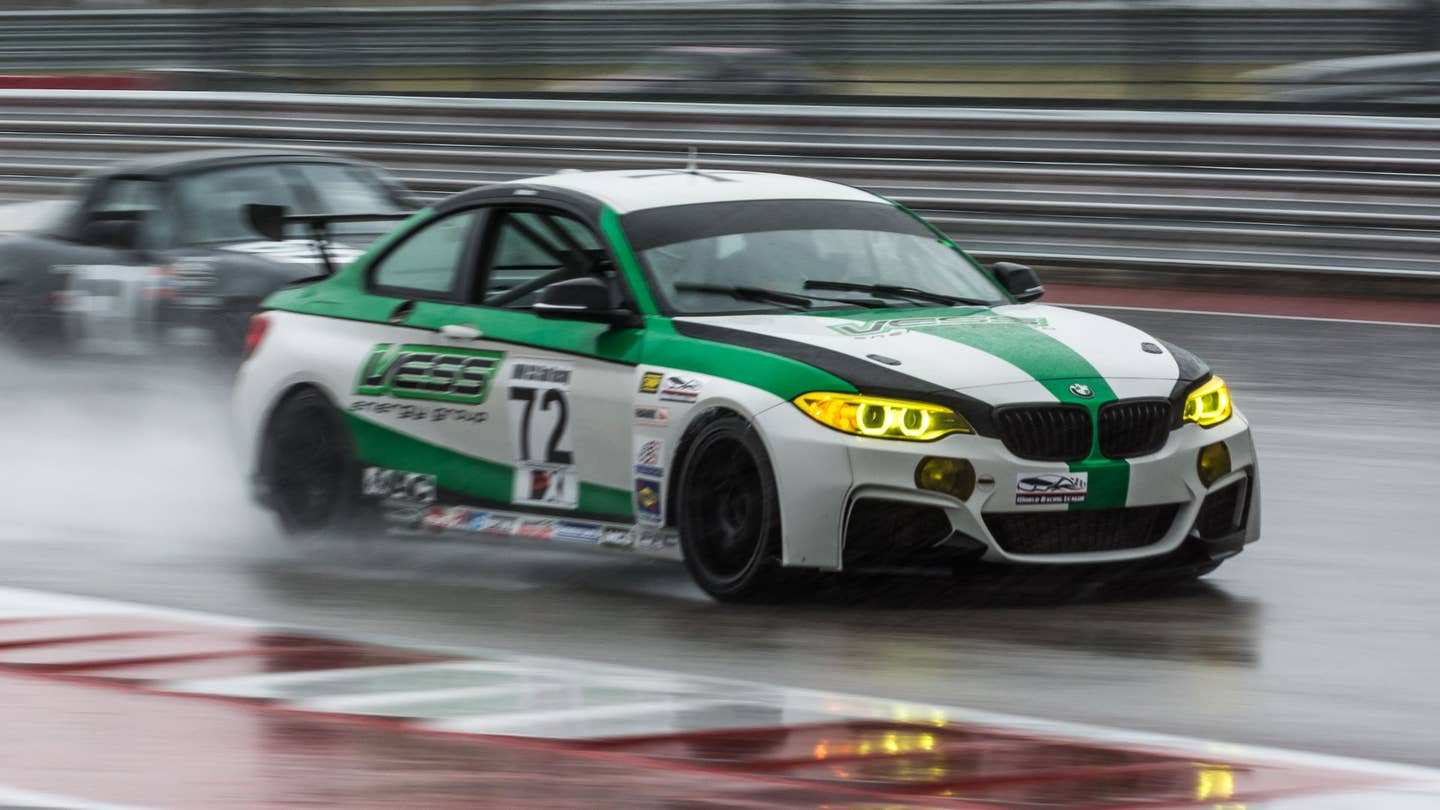 Into club racing but feel like you don't get enough time on the track? Have three friends who are always asking to borrow your race car? Prefer the tenacity of Le Mans to the glamour of Formula 1? Then the World Racing League's endurance series is right up your alley.

WRL's 2016 calendar has 13 races, most featuring two 8 hour endurance races per event. One weekend hosts their 24 hour endurance race, in case you really just can't get enough time in the seat. League CEO Joey Todd invited us out to capture the championship racing in Austin this last weekend, and we were more than happy to oblige.

The US Endurance Championship was a two-day rain-filled event which tested not only endurance on the track, but patience with the weather and strategies for keeping dry. The torrential rain on Saturday resulted in lap times that were up to 30 seconds slower than during the merely heavy rains of Sunday.

But the rain didn't ruin the weekend. As a recovery truck track worker watching the action in (always high-drama) Turn 12 commented, "They're all sliding around through the turn...and you can tell they're having a pretty good time."