The marque’s close-but-no-cigar days are over. 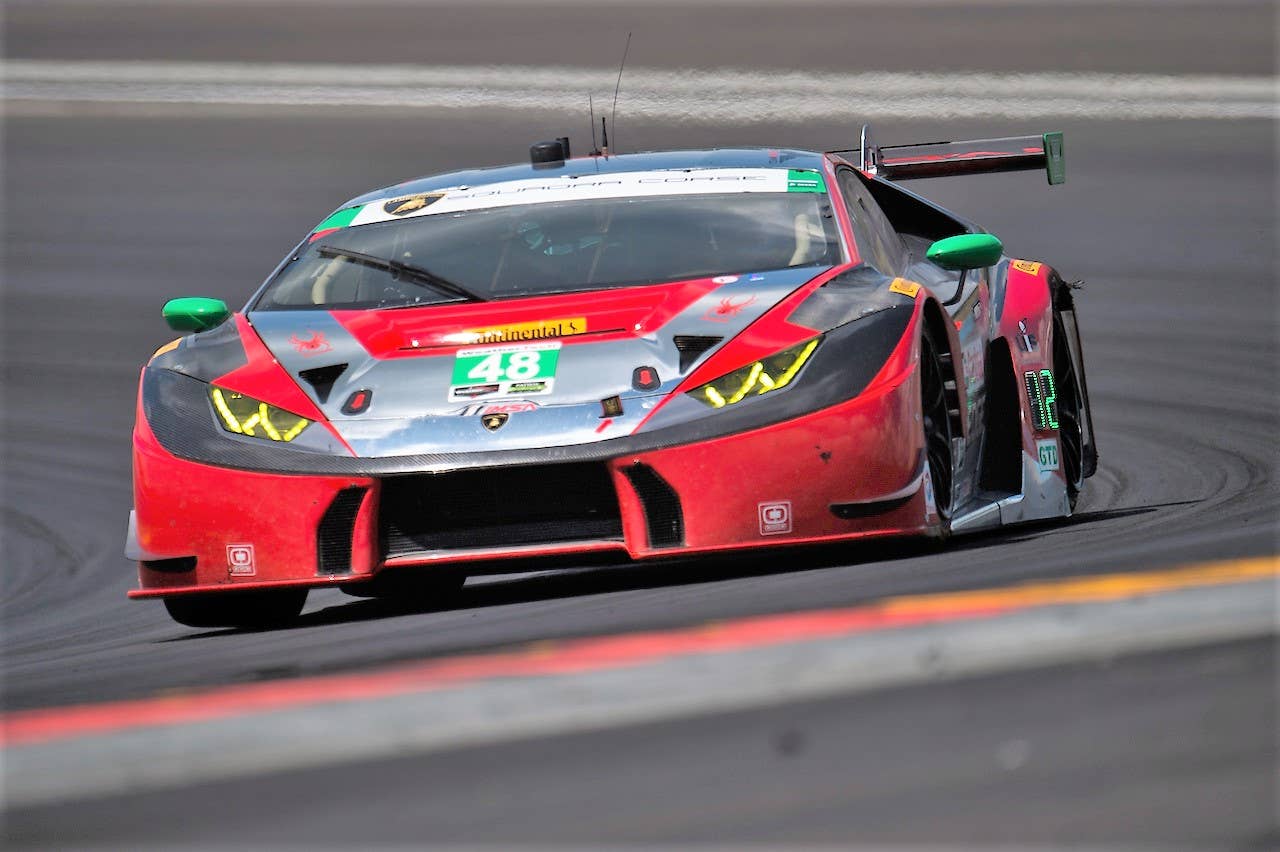 Lamborghini joined the IMSA WeatherTech SportsCar Championship at the season-opening Rolex 24 at Daytona with five cars in the GT Daytona class, and from the start, the rest of the field knew they were in trouble if the Huracan GT3s held together, and if the drivers didn’t crash. Almost as fast as the GT Le Mans cars were in a straight line, the Lamborghinis were the class of the GTD field.

Briefly. Then they started breaking, and crashing. In the end, the highest-finishing Lambo was tenth in class. But everyone knew it was just a matter of time until one won.

It was, but that matter of time was a lot longer than most of us expected. Madison Snow and Bryan Sellers, both ex-Porsche drivers, drove the Paul Miller Racing Lamborghini to a profoundly dominant class win in Sunday’s Michelin GT Challenge at Virginia International Raceway.

VIR “seems to favor the Lamborghinis,” Snow understated after qualifying on the pole and leading every practice. It also favored the Audi R8 LMS, which is essentially the same car as the Huracan – five of the top six cars were Lambos or Audis. Why? Because, said winner Sellers, the Lamborghini is very fast on long straights (which VIR has), is very good under braking (which VIR requires), and is very quick on sweeping corners “of long duration,” which VIR has, too.

And so does the next track the series races on, Circuit of the Americas in Texas. We’ll see if the Lambos and their under-the-skin twin, the Audis, are good there, too