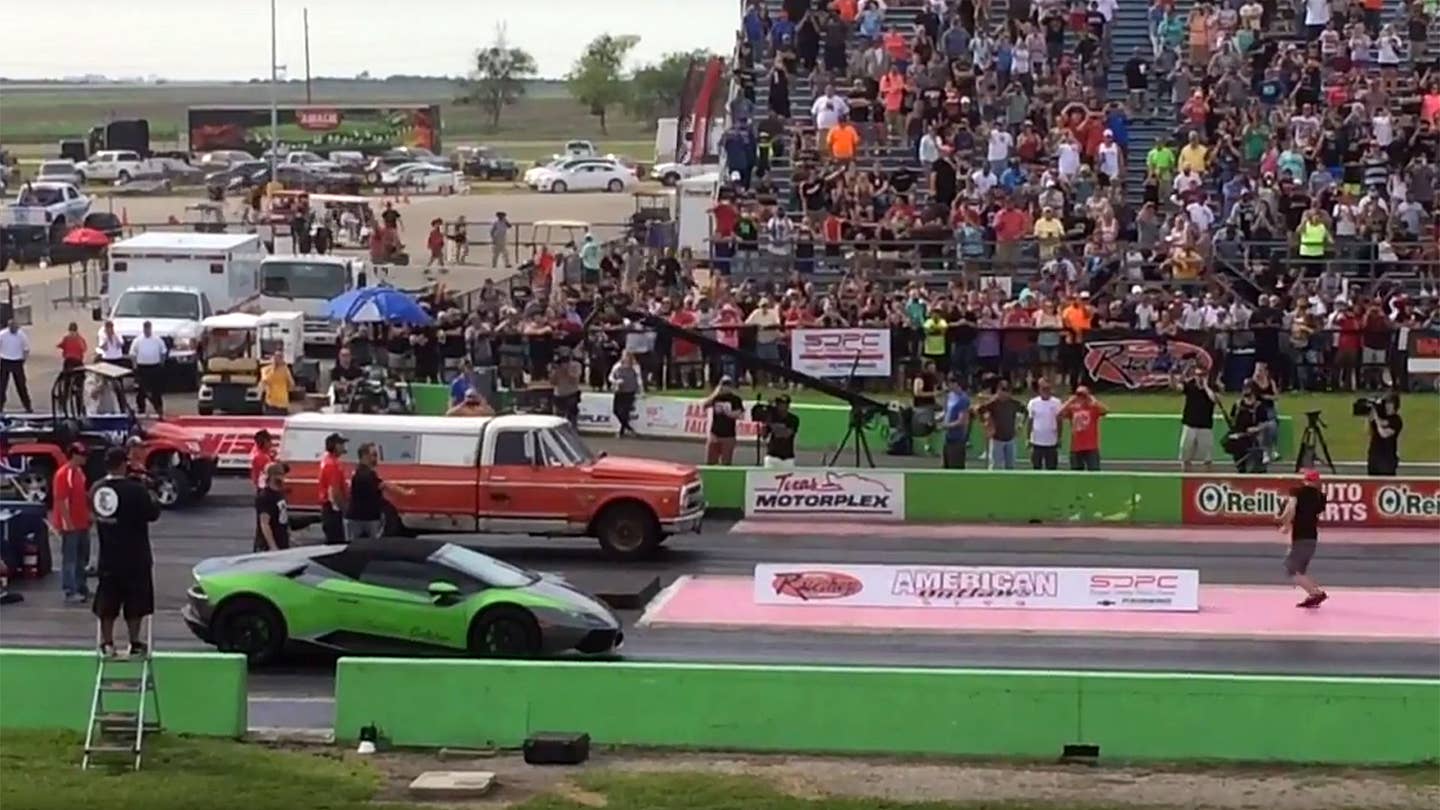 We thought about going with one of those clickbait-y "You'll Never Guess What Happens When..." headlines for this story, but we figured you'd see through it. "Well, obviously, the truck is going to outrun the Lamborghini," you'd probably say, before taking a sip of Earl Grey tea and returning to the latest Kathryn Schultz story at The New Yorker.

And then you'd never get a chance to see just how badly this beat-up hunk o'work truck junk beats a Lamborghini Huracán Spider down the drag strip.

No, that old Chevy doesn't just beat the Lambo off the line. It slays the Italian super sports car. Mutilates it. Cuts it apart at every major joint, wraps up the pieces in butcher paper, carries them out to the Everglades, and throws them into a marsh filled with hungry alligators.

Granted, the Lamborghini driver doesn't do himself any favors here—he muffs the launch so badly, a man on a bicycle would have lead the Huracán for the first fifty feet of the race. But considering the way that farm truck punches out of the blocks, even a full-blast launch control hole shot wouldn't have given the V-10 Lamborghini a chance of hanging with the truck The Drive will forever consider The Ultimate Sleeper.

Update: The truck seen here is actually the Street Outlaws “Farm Truck,” as seen on the Discovery Channel show Street Outlaws. It's powered by a 632 c.i. big block equipped with a nitrous oxide system. We regret both the error, and the fact that we’d never heard of this beautiful chunk of redneck muscle until now.

Watch the Pagani Huayra BC Drift Through the Snow

It’s like two minutes of Dr. Zhivago, if Omar Sharif were a supercar.