4.1-mile time capsule Corvette is about to kill every record for dismal cars. 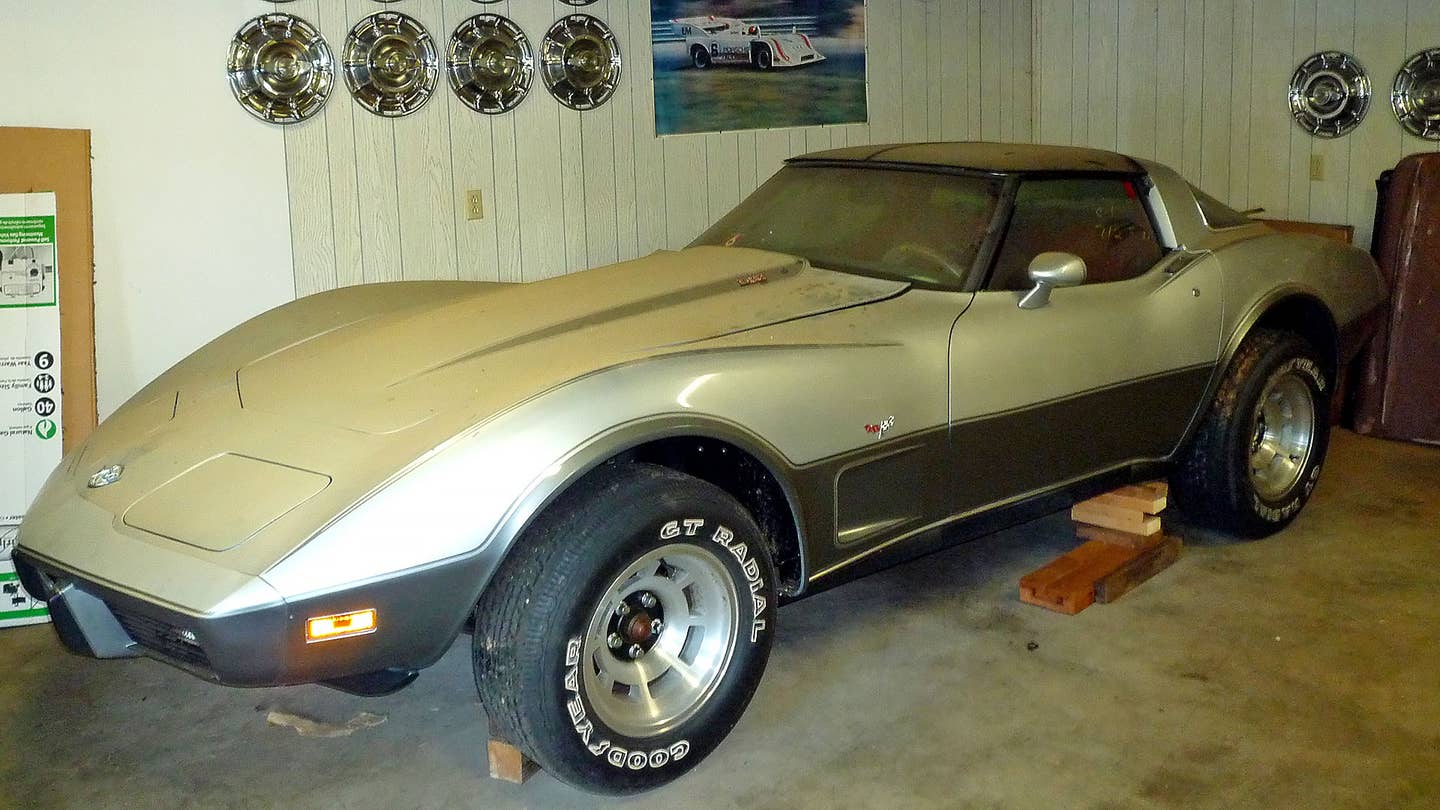 Before we get started, turn to your favorite music player and queue up BeeGee's Night Fever. The song spent eight weeks at the top of the charts in 1978. Sing along: "And that sweet city woman, She moves through the light, Controlling my mind and my soul." Think about how that makes you feel. Bad, is how.

At least the Corvette was improving, if only a little. For its 25th Anniversary it got a new fixed fastback and a better interior. After selling over 6,000 of the very popular two-tone Pace Cars, they morphed into the Silver Anniversary edition with some minor paint and trim changes. The woeful top L82 engine option went up 10hp to 220hp from '77. Woo. Party.

Nevertheless, Ford employee and Corvette enthusiast W. Paul Adams of Florence, Alabama, talked his brother-in-law, a GM executive, into springing one loose at invoice price. He backed it into his garage, put it up on blocks, fogged the engine with oil and closed the door on the 4.1-mile car forever. It never even made it through dealer prep, and for 38 years, sat there with factory tags hanging, protective coating and uninstalled accessories.

Last year, old car wheeler dealer Chip Lamb started buying cars out of Adams' estate for clients, but couldn't make a deal on the Corvette. Finally, this spring, they reached an agreement.

The car went straight to eBay, and straight to six figures. And then back down, and back up, as Chip weeded out fake/confused/stupid bidders. "No I am not qualified," Chip reported one wrote when questioned. "I thought there was another step still to confirm an actual bid on the car." Real bids are still over $90,000 last we checked, which is insane. Mecum sold a 6,700-mile Survivor (an official Corvette designation) in April, 2016, for $18,000, and another, even better one for $27,000 the year before.

If a legitimate bidder turns up, this will be by far the most expensive '78 Corvette in the world. I don't know what that says about us as a society. Probably, hopefully, nothing.