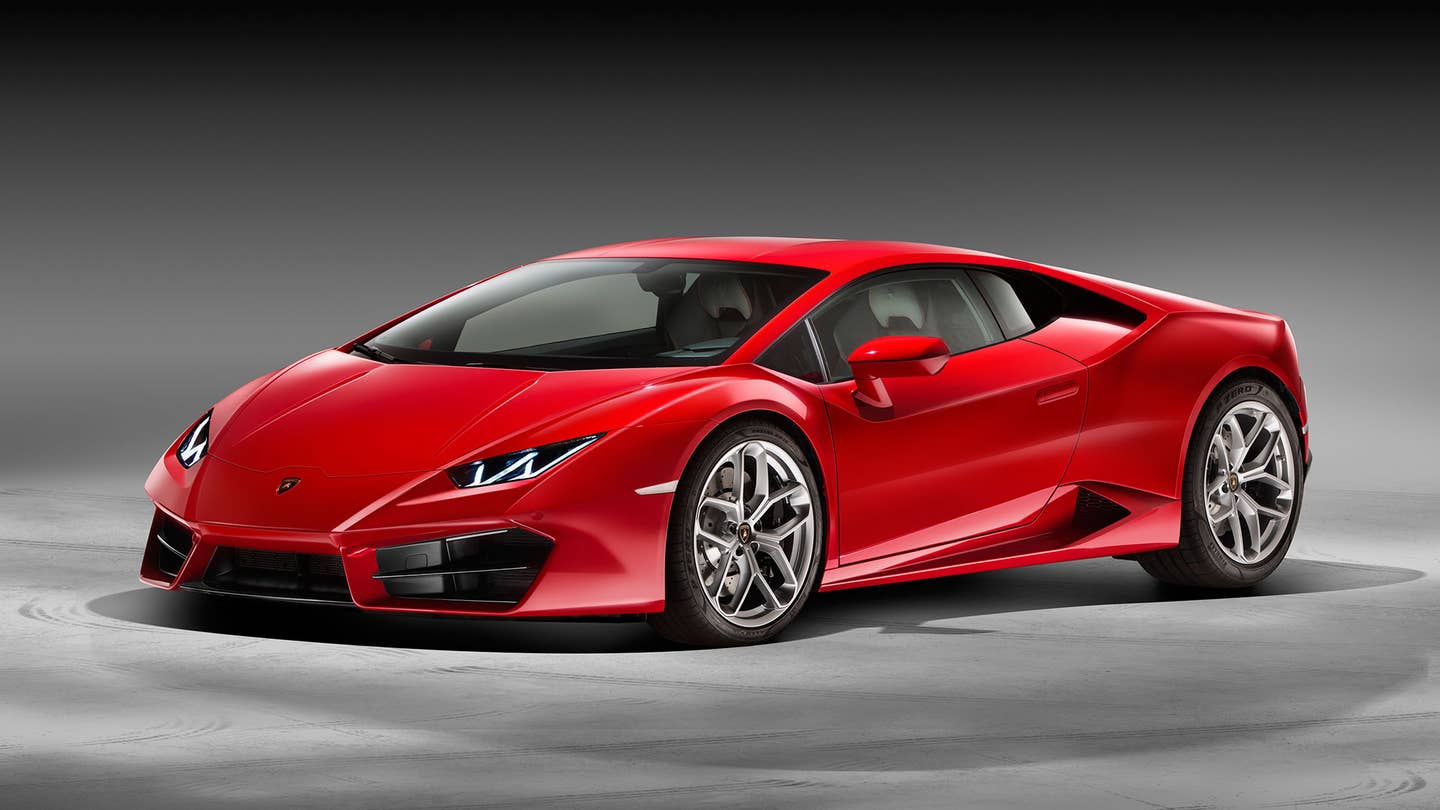 What’s a Lamborghini? The company’s history is shorter than most, but packed with more outrageous-per-annum than any. Apocryphal or not, Lamborghini’s origin story—to spite Enzo Ferrari, a stylish Italian tractor magnate named Ferruccio builds world-beating supercars to fit his personal taste, and maybe you'll like them, too—has shaped the brand’s identity. The new Huracán LP 580-2, which just debuted at the L.A. Auto Show, is a reminder of what this company should be.

Detractors point out that, in an Adam-to-Eva manner, Lamborghini is derivative; many of its early engineers and designers were poached from Ferrari, and tasked with emulating Maranello’s cars. While road-going Ferraris were born out of a racing department, Ferruccio famously shunned motorsport. He put the finest minds in fast to building playthings for the street, free from the restrictions of race homologation. The models of the Sixties and Seventies, Miura and Countach, were excessive in every facet: loud to the point of pain, sensual to the point of raunch, and so fast as to overrun the roads. To the gentleman racer, Lamborghinis are amateur, crass and distasteful.

But, to anyone with a heart or sense of humor, all of Lamborghini’s exuberance is just plain fun. Think of its pinnacle. Ferrari’s most intrinsically “Ferrari” car is the 250 GTO: beautiful, delicate, lithe, a racer modified for the road. Lamborghini’s is the Countach 5000QV, a ludicrous schizophrenic Autobot with more scoops than a health food store granola line. The GTO forces reverence; the Countach induces joy.

Since Audi purchased Lamborghini, there’s a been a shift. With new ownership came millions in cash and access to the German brand’s platforms. Starting with the Murciélago, the cars have been objectively better in every respect: better built, more reliable. They’ve started chasing numbers in a serious way. Hell, the new Aventador SV laps the Nürburgring in under seven minutes. So good, but too good? Did Lamborghini trade its smirk for a small, proud smile?

The Huracan LP 580-2 proves otherwise. What group of people makes a special edition supercar that’s less powerful than the standard car? Lamborghini, because they know it’s hilarious. Rather than the standard Huracan’s all-wheel drive and 610 horsepower, the 580-2 is rear-wheel drive and packs 580 ponies. It’s slower. It will fall even further behind Ferrari’s 488 GTB on the track. It will do silly, silly burnouts and wag its tail and scare the bejesus out of Ferragamo-loafered drivers. Lamborghini just affirmed its original sins, the choice of feel over numbers, hooliganism over outright speed.

How Italian. How perfect. Ferruccio’d get a real kick out of this thing.