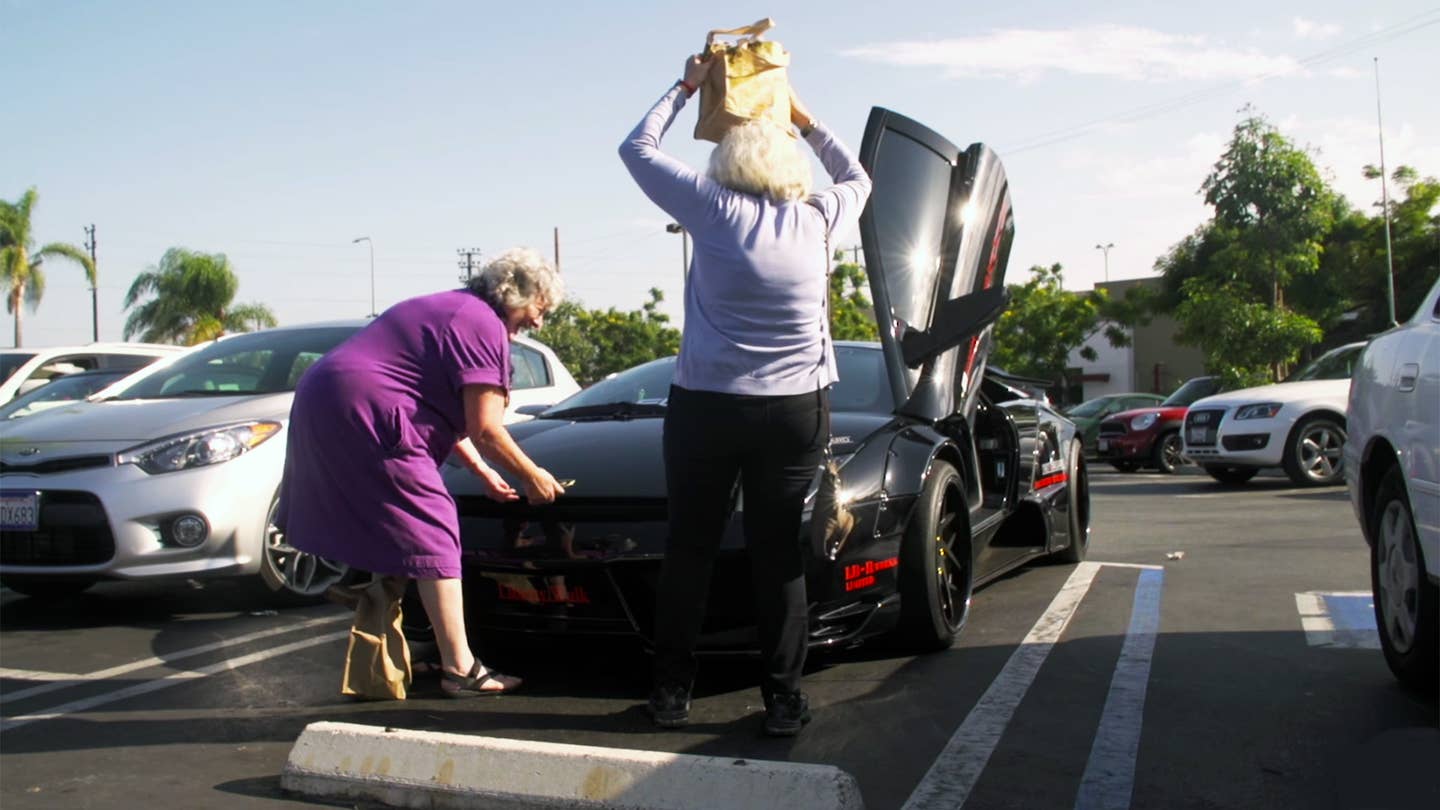 The Internet is a dark and dangerous forest, but now and again the brambles fall away to reveal a sunny clearing. Today’s sunshine: two sweet grandmothers driving a highly-tuned Lamborghini Murcielago around California. While we might suggest Lamborgrannies, the women, Peggy and Audrey, chose something a bit more regal: “Lamborghini Queens.” Long may they reign.

Set to a relaxing bossa nova shuffle, the scene opens on two pastel-clad ladies circling what might be the world’s most ominous Lamborghini: huge black wheels, bolted-on fender extensions, a table of a rear wing, and more scoops than an old-timey newsroom. After raising the scissor doors and lowering themselves into the Merci, they set off. Peggy’s behind the wheel, and after a single false start—everyone has trouble finding “Reverse” on Lamborghini’s troublesome E-Gear—they gals are off! Instantly, that sparkling supercar magic pervades the cabin. Audrey lets out a stream of glorious cackles, waving to the less fortunate through the car’s slitted windows; Peggy, full of the swagger of a true Lamborghini owner, comments how “dorky” one woman looks on her bike, with her helmet fitted over a ballcap. The suggested cure? “She should be having herself a Lamborghini!”

Indeed, Peggy. Shouldn’t we all.