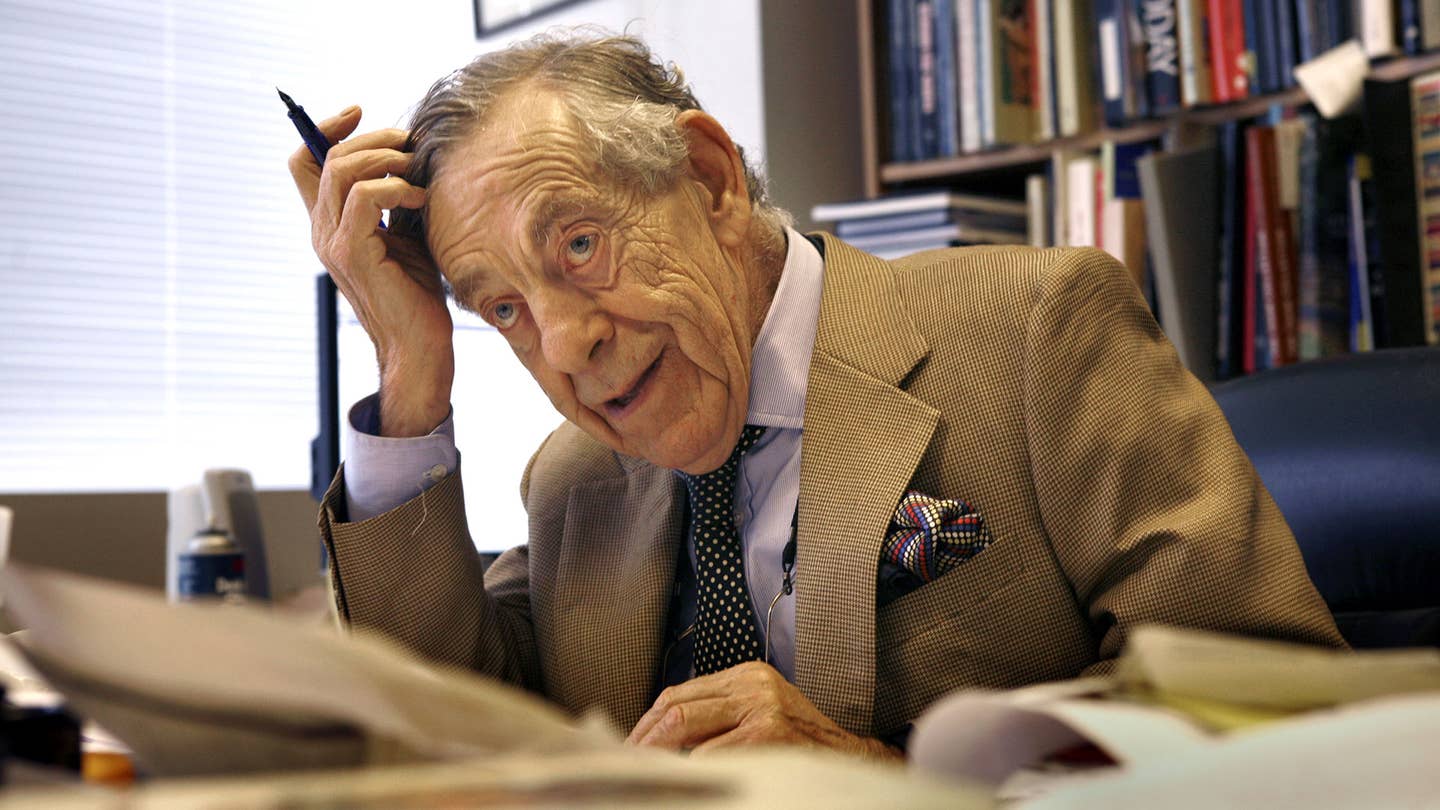 Today, within days of announcing his retirement, veteran 60 Minutes presenter Morley Safer passed away. He was 84, having spent 46 years covering a wide range of topics for the iconic news program. We loved watching anything that he reported on, whether that he was taking on corrupt politicians or revealing the plights of beleaguered citizens from war-torn nations. However, our favorite piece from the esteemed newsman is his 1987 piece about the Lamborghini Countach.

It’s brilliant from the jump, given Safer’s pre-emptive disclaimer: “If this story looks like a commercial, well, no harm done. They can only make about 300 [Countaches] a year and you may have to wait two years to get one.” In the actual segment, all of the greats are represented, including famed Lambo test driver Valentino Balboni, and the man himself, Ferruccio Lamborghini. Balboni rips Safer through public roads at “inadvisable” speeds, tearing down the opposite lanes and whizzing by other traffic, all while Safer grins broadly. “It’s a thrilling ride, I must say,” he concludes.

There’s a behind-the-scenes tour of the Sant’agata factory where the Countaches were birthed, and a nice deep dive into the engine. There’s also some interesting insight from the then-marketing director for the Countach, who likened the supercar painted in white to a “beautiful virgin,” the red hue to “a mature woman,” and the black one to “an intriguing woman,” his comparisons drawing a chuckle from the bemused Safer.

What a sad end to an illustrious career, but thanks for taking us along with you for nearly five decades, Morley.

Remember Those Two Idiots We Sent to Break a World Record in a Morgan?