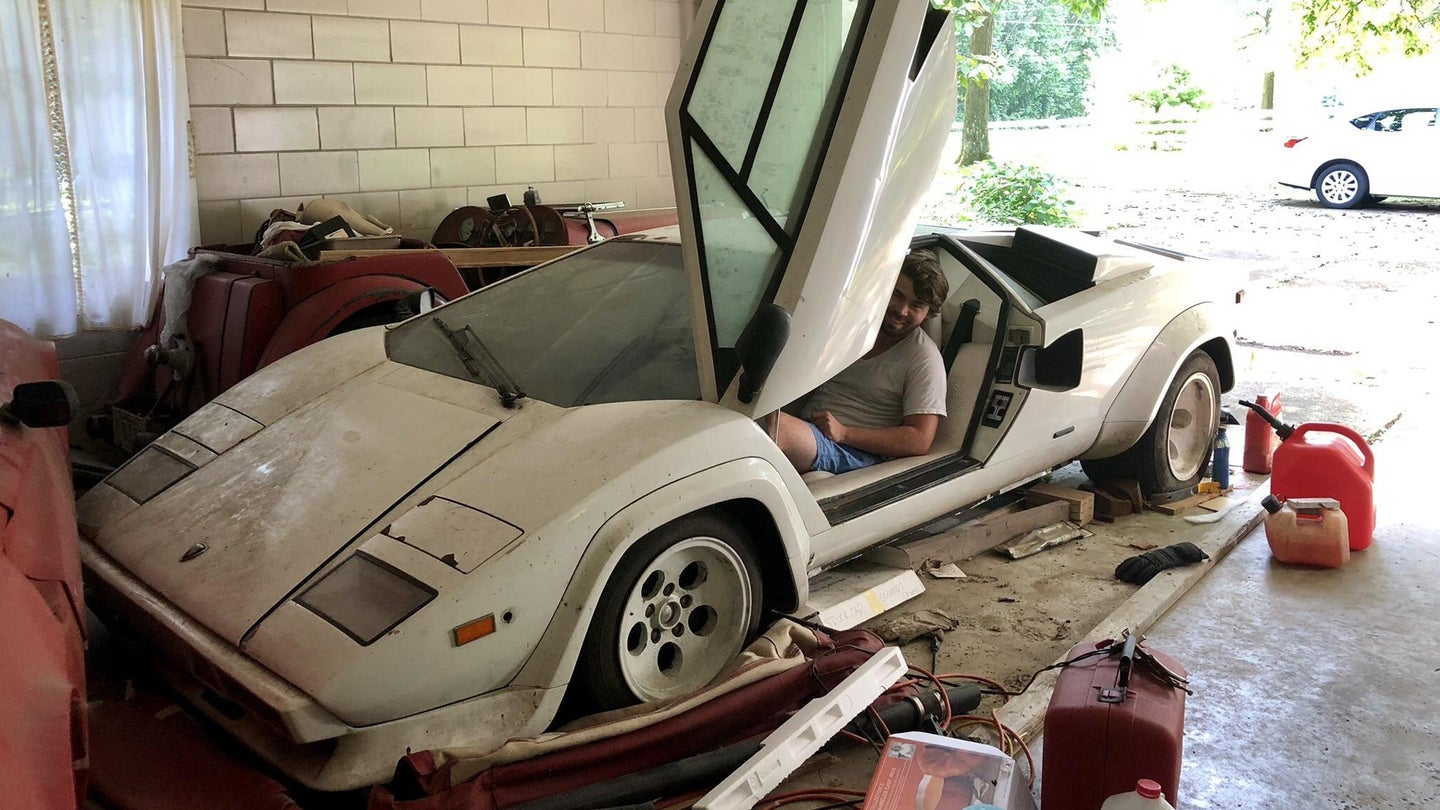 I've said it before, and I'll say it again: I love barn finds. Today's particular story comes from the Reddit news cycle, where a woman found her late-grandfather's long-lost exotic car stash.

Before you get to see these photos, let me warn you: it hurts to see these exotics in such dismay. Not only does the Countach have years of dust and decay, but it also has peeling paint, rust on its glorious pop-up headlights, and is practically inside of a Ferrari 308.

"My late grandpa bought it for his exotic car rental business in 1989, but after insurance costs became too high for him to operate the company, he kept the car (and many others including the Ferrari 308 in front of the Lambo) outside/in leaky garages for 20+ years instead of selling them," the Reddit user explained about the car's history. "Don’t ask me why, I have no clue."

Personally, I'd like to see this turn into a cool and unique YouTube channel dedicated to restoring these rare finds (seriously, I'd subscribe), but sadly, it seems that the future of these exotic toys are currently up in the air. They're not yet for sale (and may never be), so those looking to scoop up these figurative barn finds are out of luck, at least for now. Currently, the cars reside in the possession of the Reddit user's grandmother where they will remain until further notice.

The Countach itself is a piece of Italian history that made its manufacturer into the company it is today. In fact, the car literally saved Lamborghini from closing its doors and set the bar for competition. Though this car isn't likely to fetch an unprecedented amount of money (should it ever go up for sale) due to its condition, uncovering one of the remaining examples of the vehicles produced is a huge feat in itself.

If you're interested in seeing a few photos of the car, head on over to the Imgur album and get ready to cry.