Revealed at Pebble Beach as part of Monterey Car Week, the Audi PB 18 E-Tron concept is a 671-horsepower, all-electric, shooting brake supercar that can be driven from the middle of the cabin. No, we're not making that up. Audi has built a quirky enthusiast-mobile for the citizens of 3018.

Melding the front half of a sleek coupe and the rear end of a station wagon, Audi's latest concept car gives off strong Jensen Interceptor vibes but what lies underneath couldn't be further from the '60s British grand tourer.

The PB 18 uses three electric motors (one for each rear wheel and another for the front wheels to share) hooked up to a 95-kilowatt-hour battery that altogether produce 612 pound-feet of torque. It's apparently capable of going from 0 to 62 miles per hour in a hair over two seconds and can go 310 miles without charging. When it does have to charge, the Audi concept fills its battery wirelessly and in around 15 minutes.

What's even more interesting, perhaps, is the PB 18's driving position—or driving positions, I should say. Made possible by drive-by-wire steering and pedals, the car features a driver's cockpit that slides around from left to right—allowing you to operate this thing from dead center, monoposto-style, just like an open-wheeled race car or a McLaren F1. You could also position it off to one side if a passenger is coming along for the ride.

And in the PB 18 E-Tron, you will indeed be the one driving as Audi has gone out of its way to assert that this car does not feature any autonomous, semi-autonomous or assisted driving tech; even calling it the "Level Zero" project internally in reference to the Society of Automotive Engineer's six levels of autonomy. This is, unashamedly, an enthusiast's electric concept car. 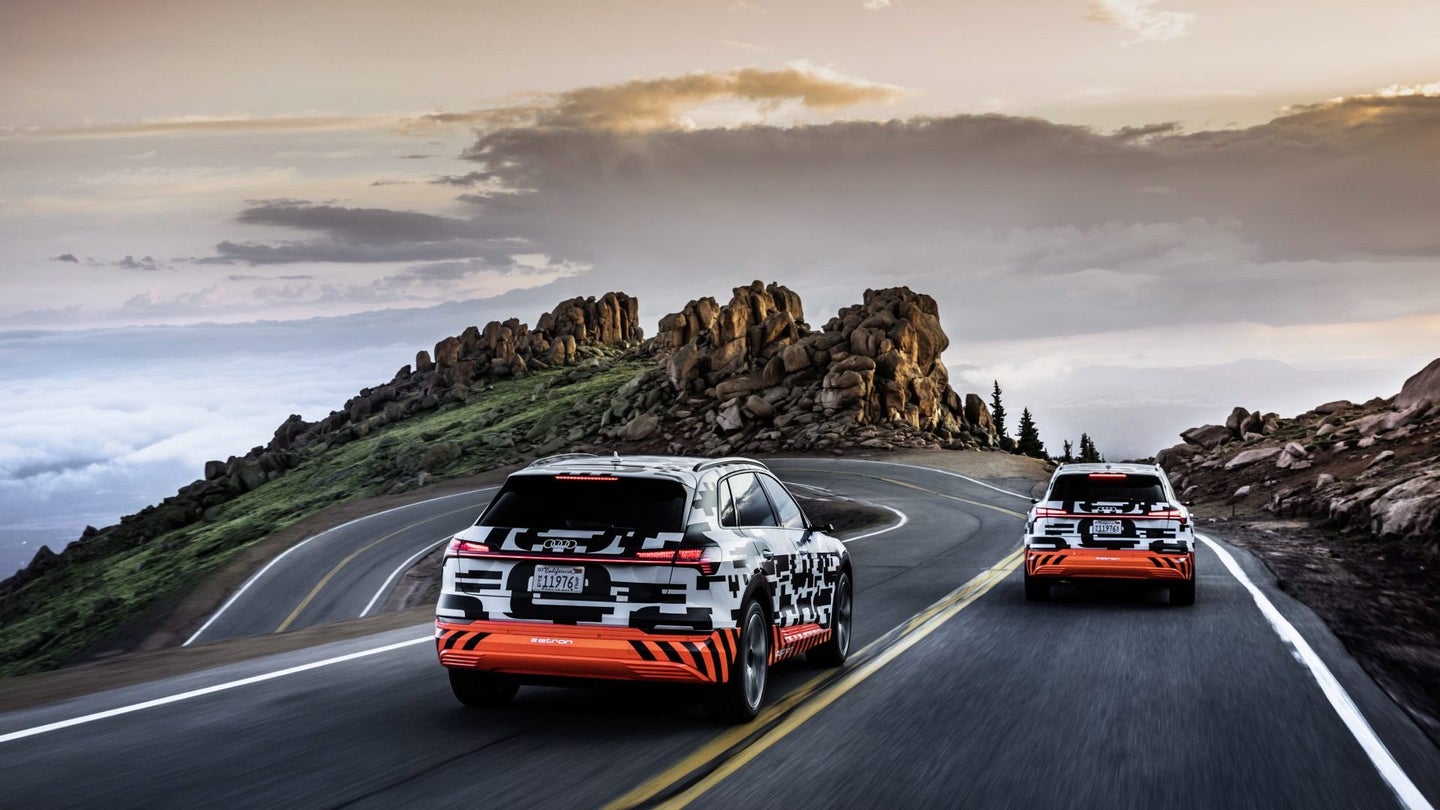 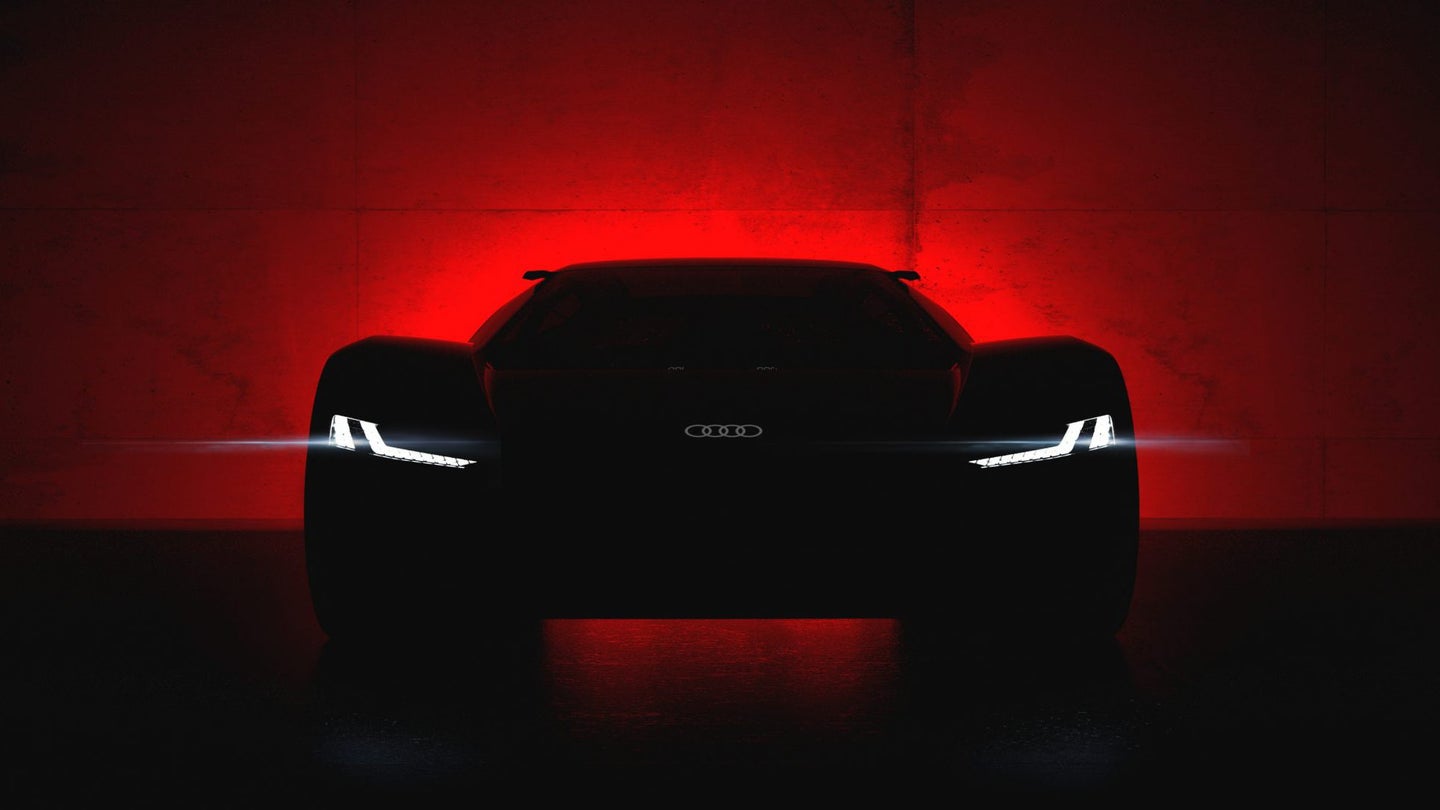 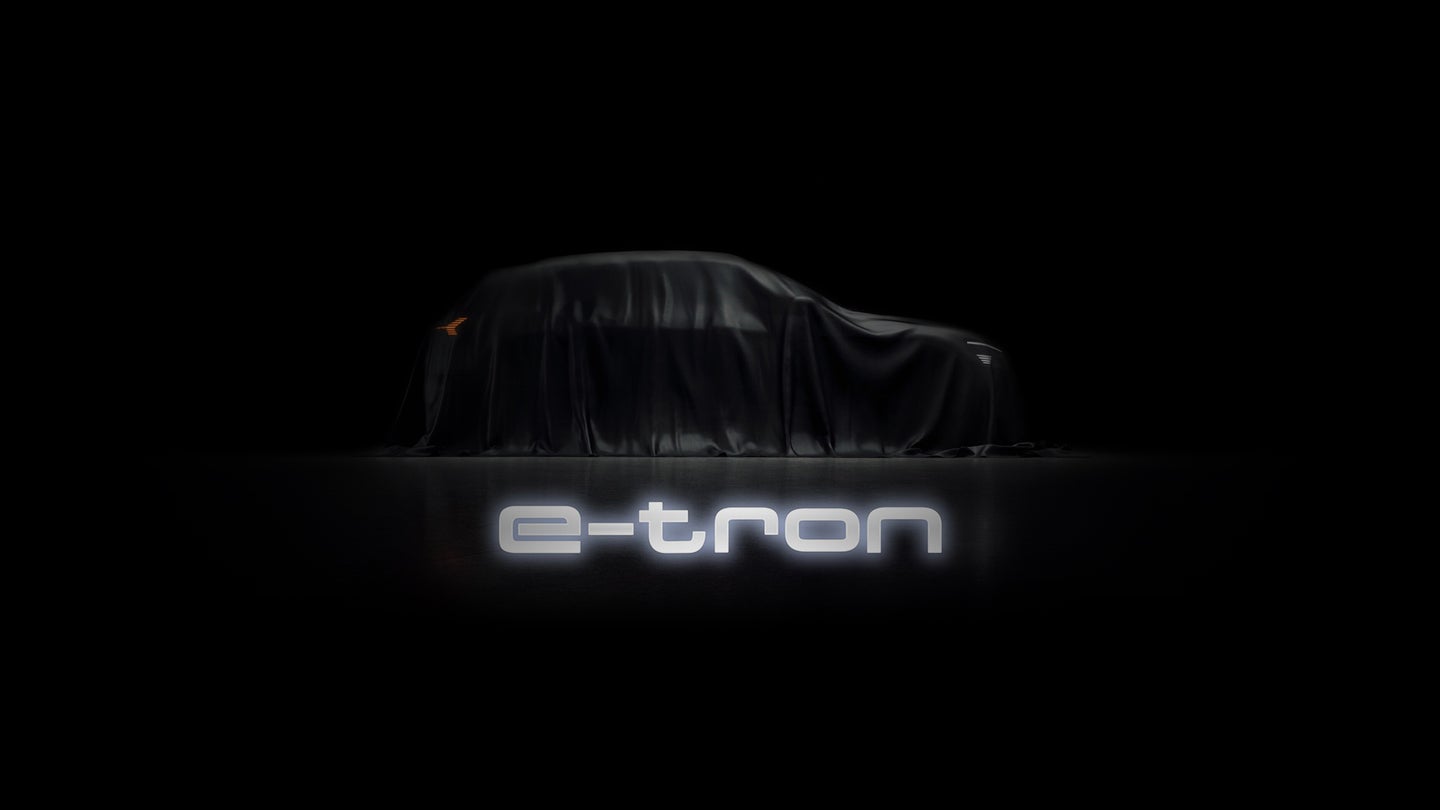 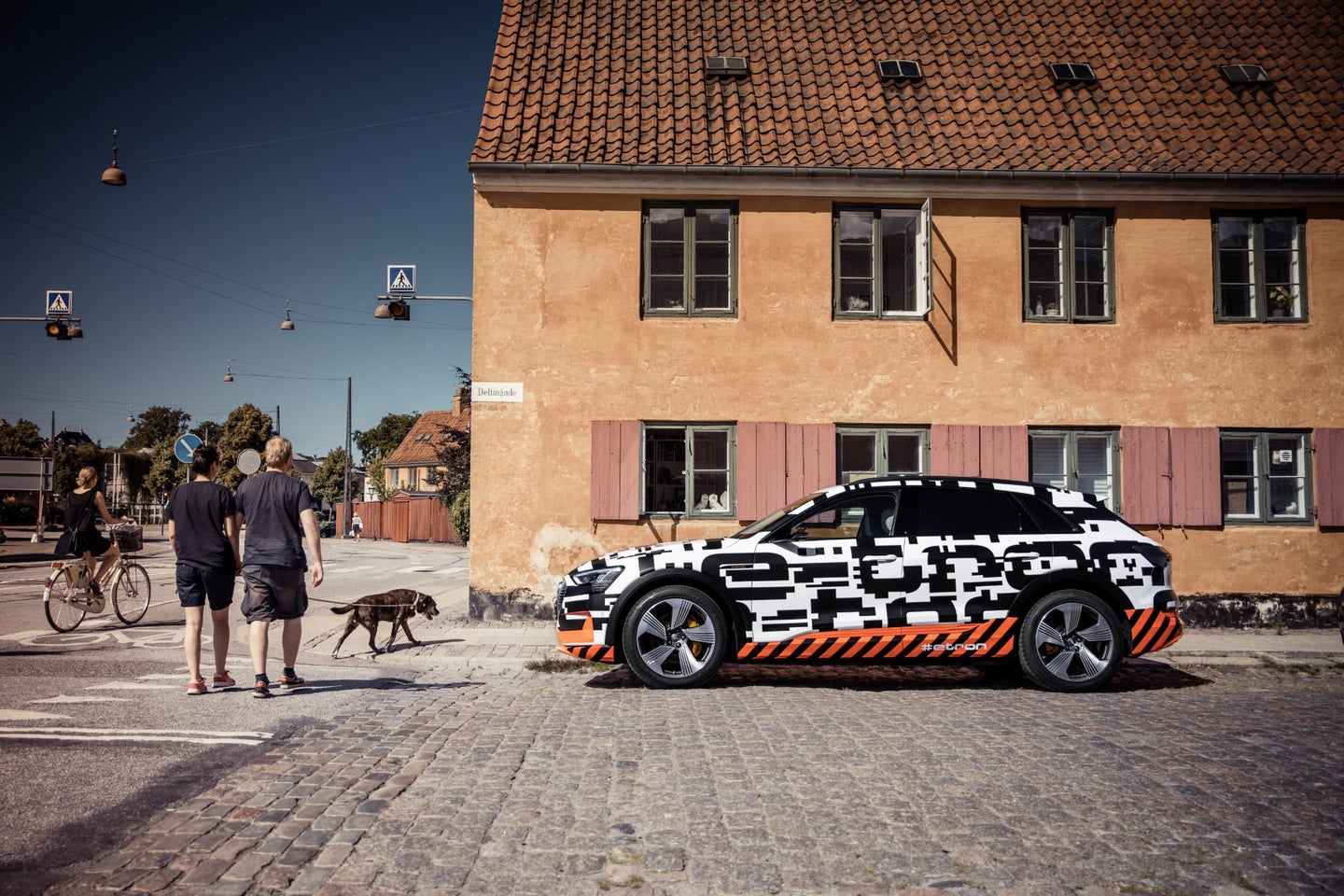 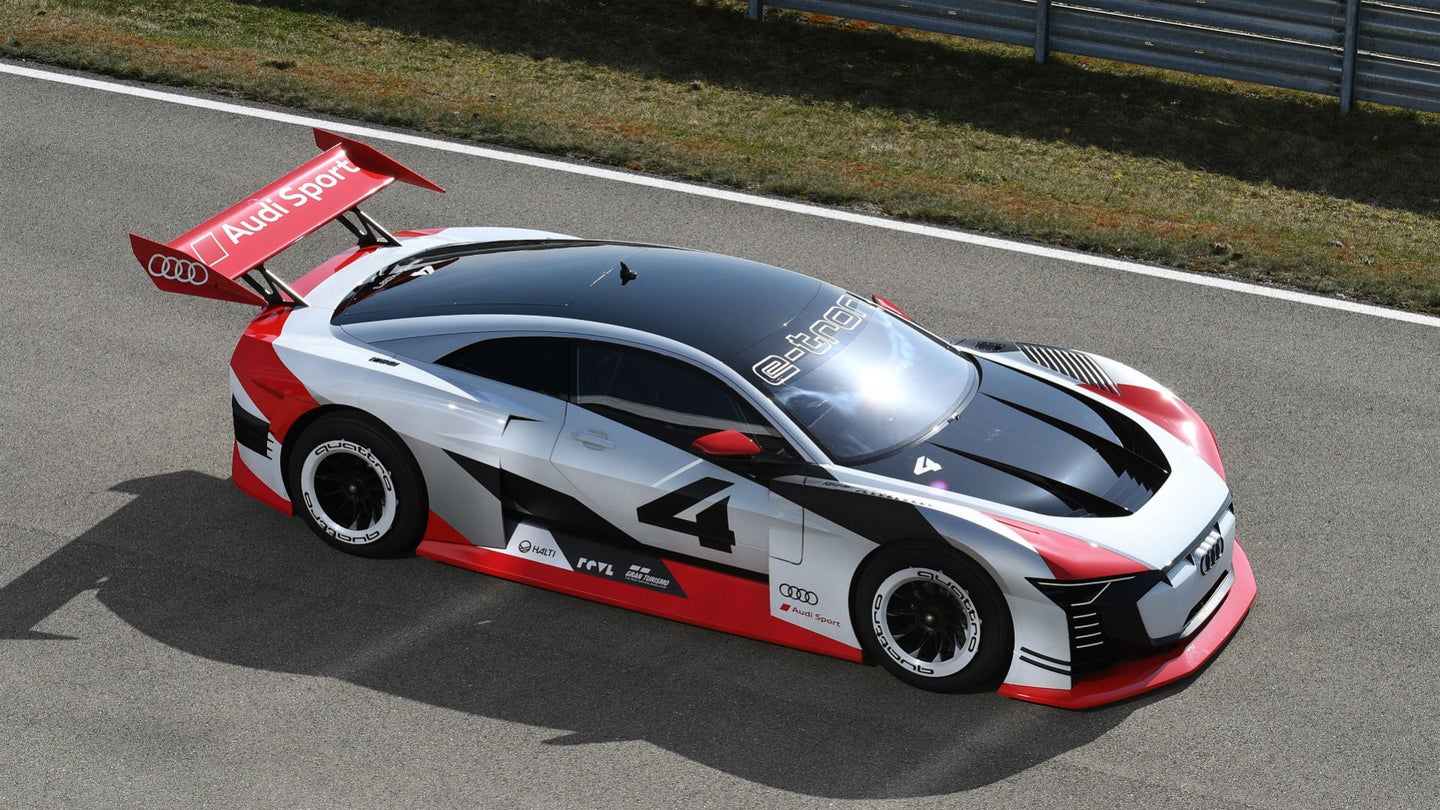