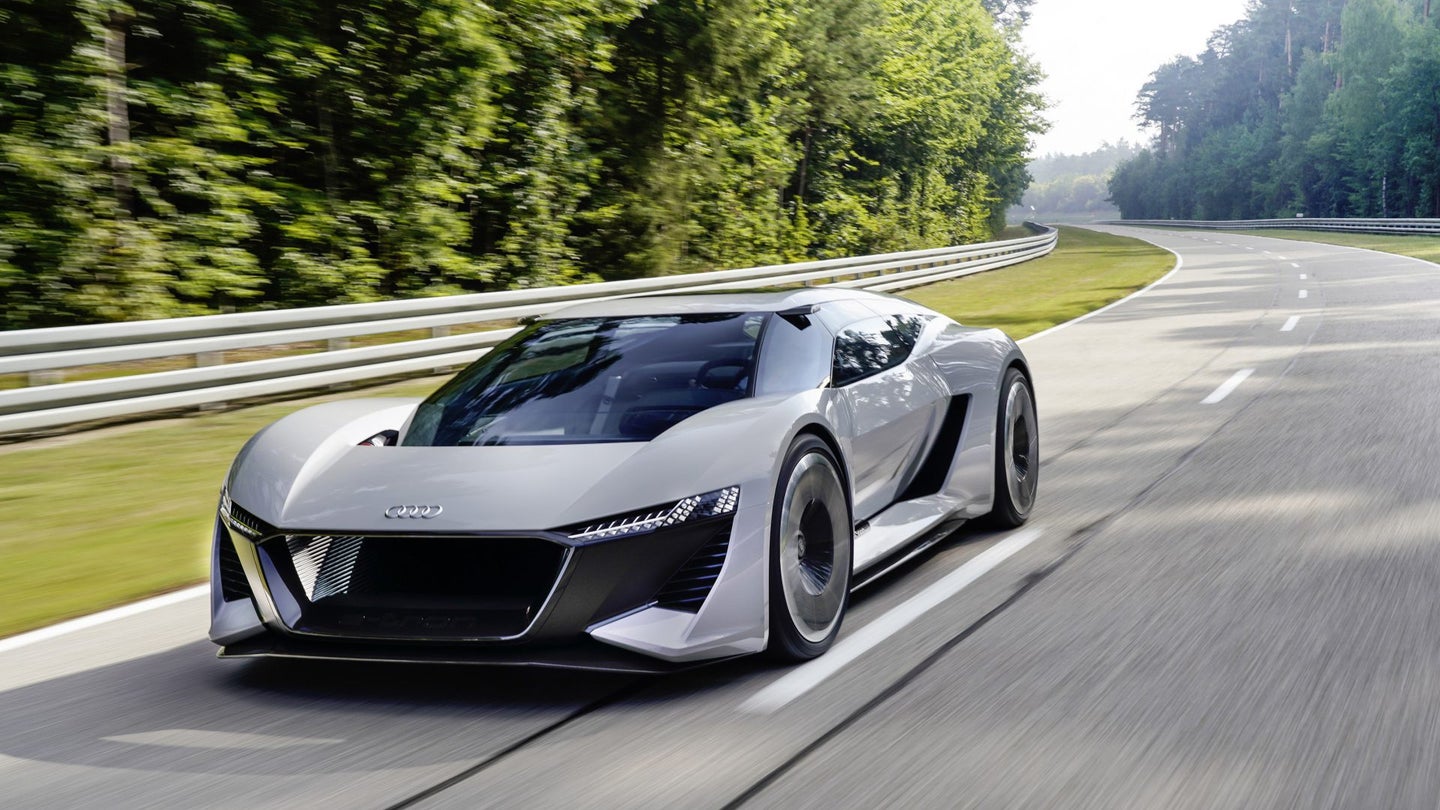 Despite rumors claiming that Audi isn't interested in building a third-generation R8, a new report suggests that an all-new, fully electric R8 hypercar will be happening and that will mark a radical departure from the current model.

According to Autocar, the next R8 will be fully electric, offer hypercar levels of performance, and arrive on the scene in 2022—nearly two years later than the Tesla Roadster's, erm, advertised launch date of 2020. When it comes to specifications, the report claims that all-wheel drive, up to 1,000 horsepower, and styling will be inspired by the company's PB 18 E-Tron concept, an electric supercar with wagon styling that recently made its debut during Monterey Car Week. According to Autocar, this information comes from "senior company source hints."

If the electric Mk3 R8 does come to fruition, however, Autocar reasonably speculates a zero-to-62 time of around two seconds and a resurrection of the R8 e-tron badge. Ever since it was first introduced in 2006, the Audi R8 has been powered by naturally aspirated V-10 or V8 engines. The electric e-tron version, while it did exist, went for over $1.1 million and less than 100 units were ever sold.

On Tuesday, Audi kicked off production on its e-tron electric SUV, a car that is set to debut Sept. 17 and battle against the Tesla Model X as well as Mercedes-Benz's recently unveiled EQC.

We've reached out to Audi for comment and will update this story if we hear back.

Coupled with the fact that Audi currently has no plans for a third-generation, the R8’s future isn’t looking too bright.

Audi Has No Plans for a Third-Generation R8, Report Says

It may be the end of the line for Ingolstadt’s supercar.