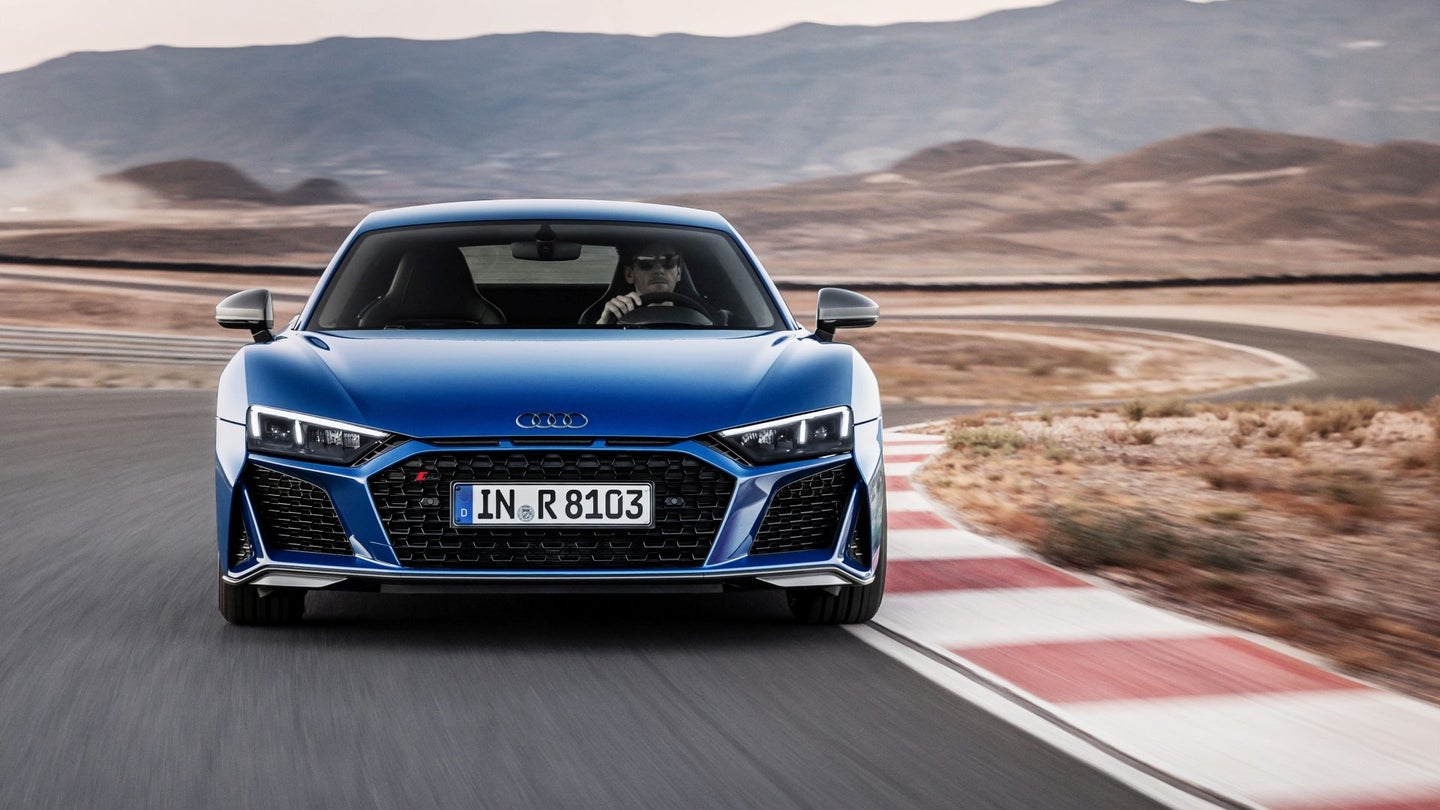 Despite previous reports alleging that the Audi R8 would be getting a cheaper, lighter V6 variant, the German automaker now says its supercar, in its current form, will not be sold with anything other than a V-10.

Speaking to Car Throttle, the recently facelifted R8's project manager Bjorn Friedrich says the naturally aspirated 5.2-liter is "the best engine for the car…we’ll stick to the V-10."

In base trim, that engine makes 570 horsepower while 620 horses are available in the car's Plus guise. The same basic powerplant can also be found in the Lamborghini Huracán.

The report also says Friedrich refused to specify whether or not a rear-wheel-drive RWS version of the updated R8 is in the cards, though he didn't rule it out. The Drive reached out to Audi for further comment and while it did confirm the "V-10 remains the engine for the R8," it did not address our question of if a RWD variant is coming in the future.

When the original Audi R8 came on the scene in 2006, it came with a 4.2-liter V8. Three years later, Audi added two more cylinders with another liter of displacement. When the mid-engined supercar was completely redesigned for 2015, it was 10 cylinders or bust with no V8 option in sight.

The R8 might even go out of production as a staunchly V-10-only machine if another previous report that says Audi has no plans for a replacement proves true.

For 2019, Audi's halo model got a new look, more power than before, and calibration tweaks to the steering and traction management systems. The 2018 model starts at $138,700. Expect the facelifted version to go for around the same money.

Audi will bring just 10 of these track-ready supercars to the United States, so you better act fast.