Coupled with the fact that Audi currently has no plans for a third-generation, the R8’s future isn’t looking too bright. 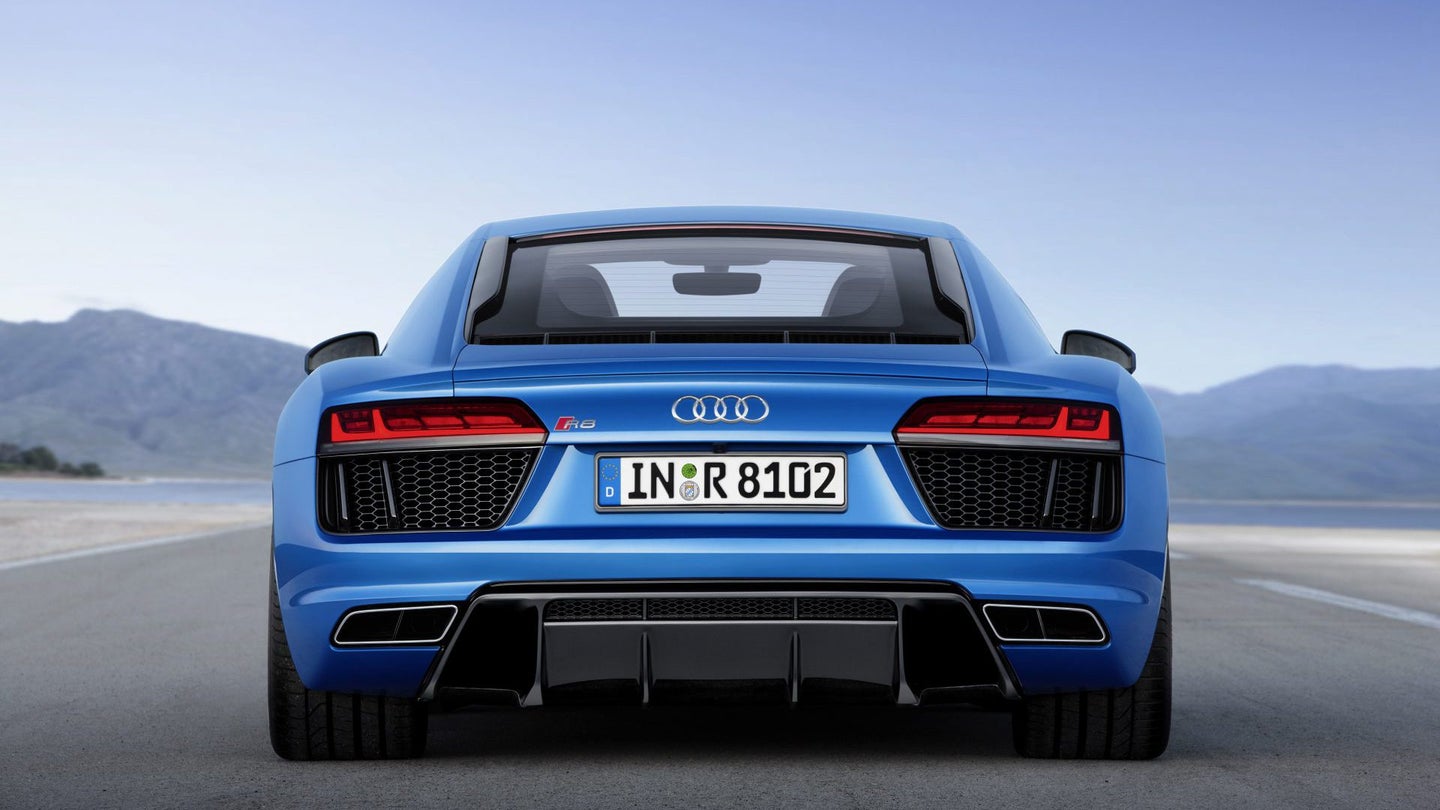 On Monday, we reported rumors of the Audi R8 getting a cheaper, 2.9-liter, V6 option when the car undergoes its mid-cycle facelift. Now though, the company has come forward refuting the existence of a six-cylindered Audi supercar.

Speaking to Road & Track about the R8's future, an Audi spokesperson "unequivocally" told the publication that "there is no V6 planned for the R8." Even though a six-pot lifted from the company's RS5 and RS4 would have made the R8 less expensive, lighter, more accessible, and as many will argue, better balanced, it just wasn't meant to be.

Those looking to spend as little money as possible getting into Tony Stark's ride of choice will just have to pony up for the 540-horsepower V-10. Champagne problems, amirite?

All of this comes shortly after Audi R&D boss Peter Mertens let slip that the company currently has no plans for a third-generation R8. Couple that with today's news of Audi not even working on additional variants of the current model, and the German supercar's future isn't looking too bright.

We've reached out to Audi ourselves for further comment and will update this story if we hear back.

UPDATE: In an email to The Drive, an Audi spokesperson confirmed R&T's report. "We can confirm that there is no V6 in the product plan and the [previous] coverage is pure speculation."

Now, the hopefuls among you may be thinking, "They only denied working on a V6. Who's to say a V8 isn't happening? Audi had a 4.2-liter V8 in the last one."

While it's true that the R8 did originally debut with a 4.2 shared with the RS4 of the era, we're afraid that that engine's return is highly unlikely as the automotive regulatory landscape has changed quite a bit since the O.G. R8 came out in 2006. The Audi of 2018 has to comply with much more stringent emissions regulations and does much of its business in the now-booming Chinese market, where a hefty road tax is applied to any car with an engine bigger than 4 liters.

Audi Has No Plans for a Third-Generation R8, Report Says

It may be the end of the line for Ingolstadt’s supercar.