An all-female racing team is a milestone for the brand and the race. 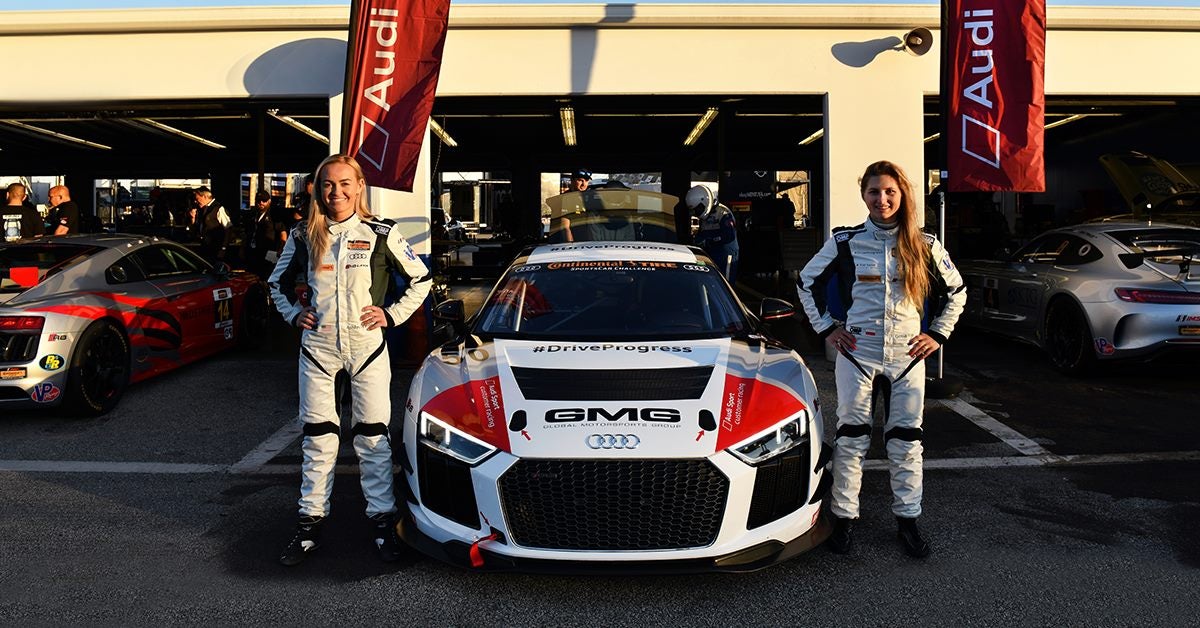 Unless they are talking about Danica Patrick, people don’t usually associate Daytona events with female racers. Audi seeks to change that at the Rolex 24 this weekend where it will debut the Audi R8 LMS GT4 driven by an all-female team.

The Rolex 24 is the first IMSA race of the year and it takes place at the Daytona International Speedway from January 26-28.

Ashley Freiberg and Gosia Rdest will team up to drive the new model. Freiburg was the first female to win the North American GT3 Cup in 2013, and 24-year-old Rdest previously competed in the Audi Sport TT Cup. Poland-based Rdest also raced with Audi’s Phoenix Racing team in Dubai earlier this month.

The GT4, which is suitable for amateur drivers, is modeled after the GT3, Audi’s first racing model that has won key endurance races like the Sepang 12 Hours Race.

The event is an exciting time for Audi Sport, as the brand is entering 13 cars in Friday and Saturday’s races. Models include two GT3’s, four GT4’s and seven TCR’s.

This isn’t the first time Audi has had female racers. Michèle Mouton raced on the Audi factory team in the 80s and Rahel Frey, part of the Audi Sport Team Phoenix, finished third at the 2017 Nurburgring.

Freiberg is optimistic about the race, and confident in her skillset. "I think we'll be a strong team, not because we're female, but because we're drivers that are ready to do the job well," Freiberg said.

Patrick will be back in GoDaddy Green for what could be her final NASCAR contest.