Both will sit on the side lines for the actual 24 Hours of Le Mans, but the Vantage GT3 will race in Aston's returning One-Make event.

This year's 24 Hours of Le Mans is filled with not only a list of insane endurance racers, but brand new road and track cars that will be revealed at the festival. Aston Martin announced Thursday that its new Vantage GT3 and GT4 customer race cars will make their official public debut this weekend.

These cars are the offspring of the rookie Vantage GTE, which will race in the GTE Pro class at the 86th 24 Hours of Le Mans this weekend. Both the GT3 and GT4 cars are refraining from any serious racing until they've finished development and will be homologated March 1, 2019.

That said, the new Vantage GT3 will take part in the Aston Martin Racing Festival race June 16, a 45-minute One-Make event that pits celebrities, AM officials, and professional drivers against each other in the company's finest race cars.

With 535 horsepower and 516 pound-feet of torque gushing through the Vantage's Aston Martin Racing-tuned 4.0-liter turbocharged V8, the GT3 is a force to be reckoned with. It also weighs just 2,745 pounds thanks to a lighter aluminum chassis. Track upgrades include an Xtrac six-speed sequential transmission, Alcon motorsport multi-plate clutch, Alcon brakes with Bosch Motorsport ABS, Öhlins four-way adjustable dampers, and a steel roll-cage.

However, the GT3 has some massive shoes to fill. This car is succeeding the mighty V12 Vantage GT3, Aston's most popular customer race car that continues to win GT races seven years after it came out. The V12 Vantage GT3's best strength was that it hit the sweet spot in the skill curve: it was easy to drive for amateur racers but was more than capable in the hands of an experienced driver. AMR executives are confident that the replacement Vantage will be even better.

“Driveability and a wide operating window remain key targets for us as we develop the new Vantage GT3 and GT4 racing cars,” said John Gaw, managing director of Aston Martin Racing. “The fact that our customers can still purchase the V12 Vantage GT3 and be competitive seven years after it was introduced is a fantastic legacy to build on, and the new cars will take this concept on in leaps and bounds. The current GT3 is very popular with customers, and there is a desire to spread our marketplace to more championships and at a high level, and from the expressions of interest that we have seen so far I believe we are on track to do that.” 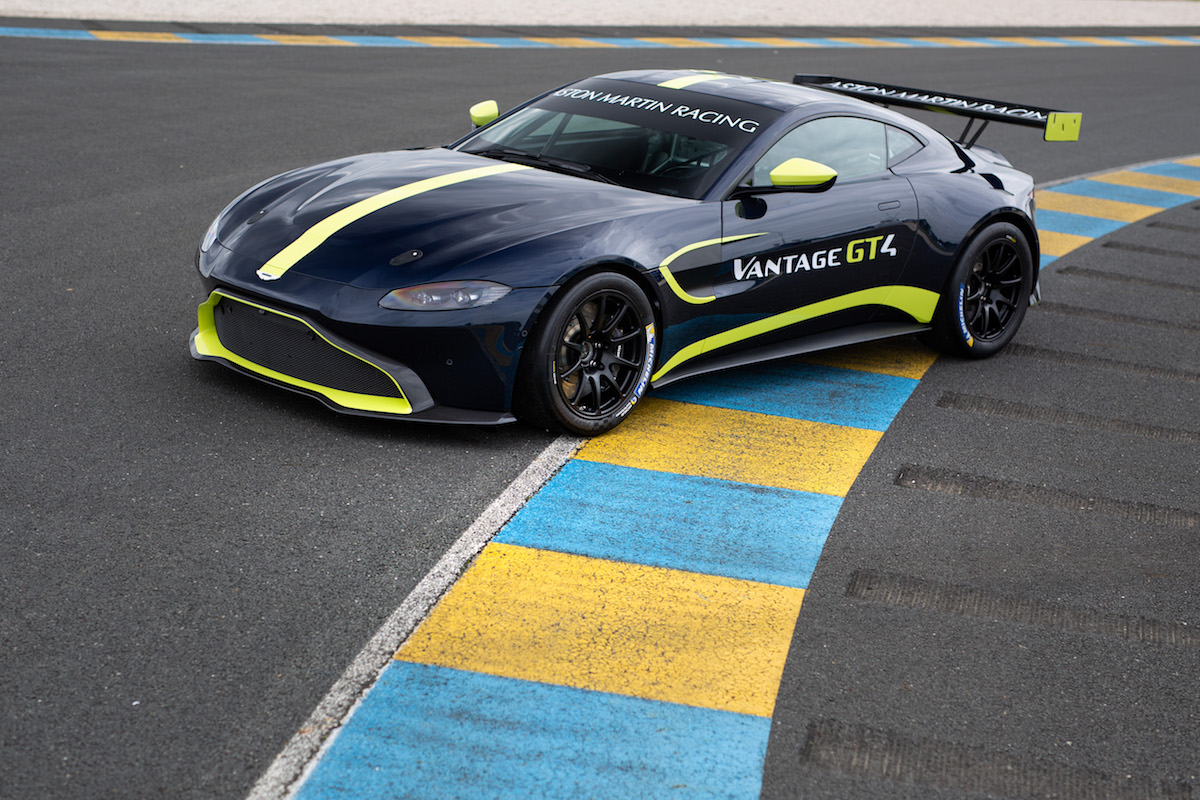 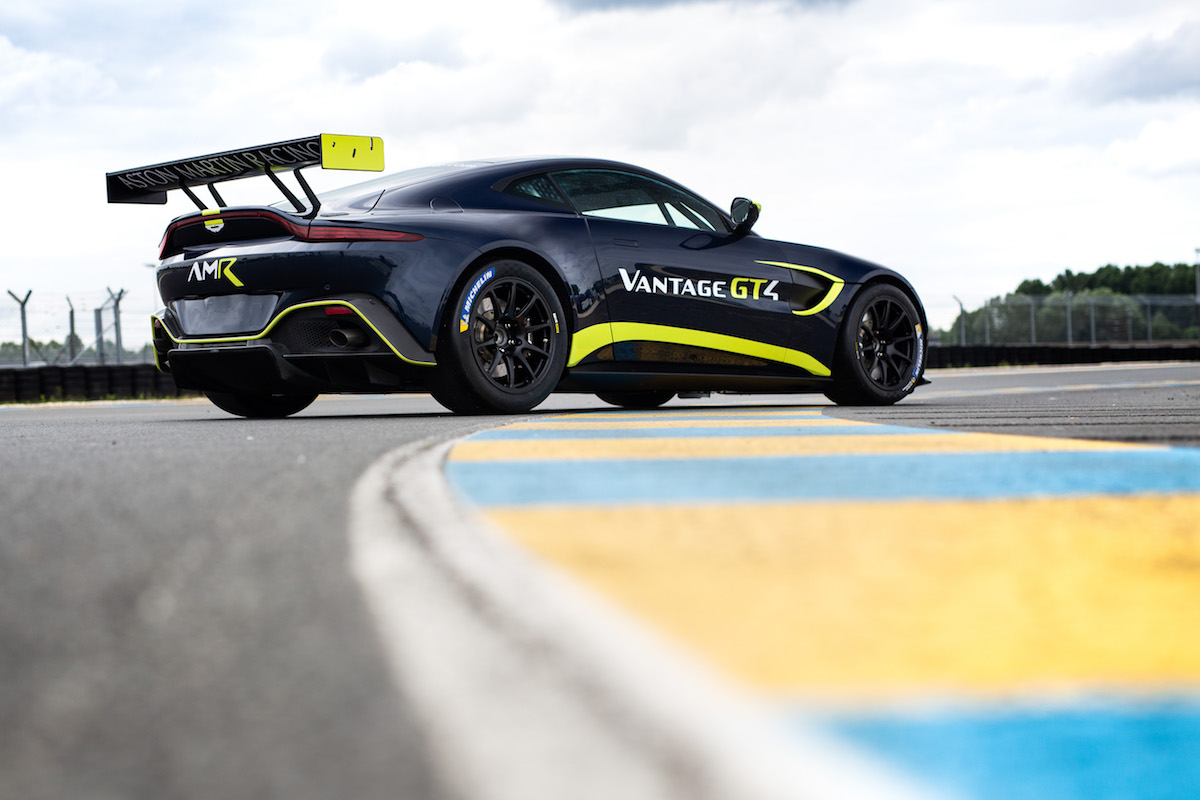 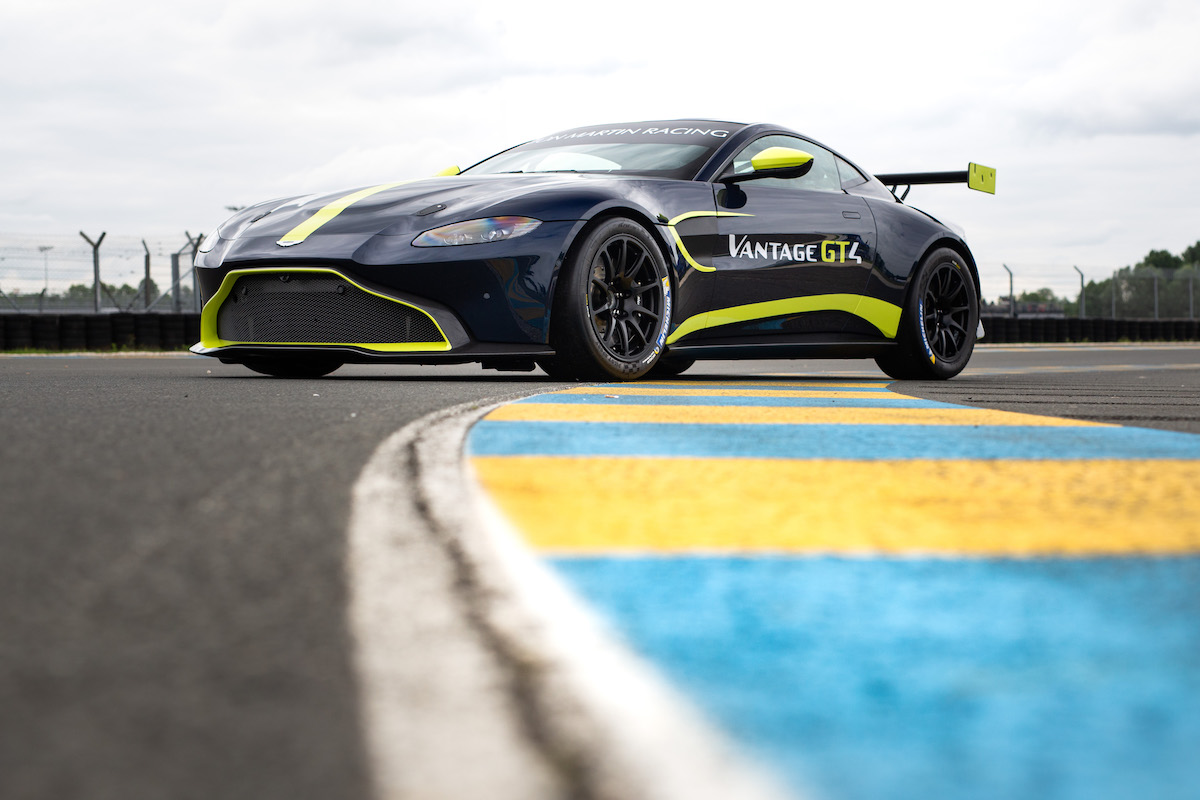 The new GT4 on the other hand is sitting Le Mans out completely. It will be on display at the Aston Martin Racing Festival Race's paddock, cheering its more hardcore brother on.

If you aren't too distracted by the amazing list of race cars actually participating in the 24 Hours of Le Mans this year, keep an eye out for these Aston twins on display for the entire event, which runs from June 16 to 17.