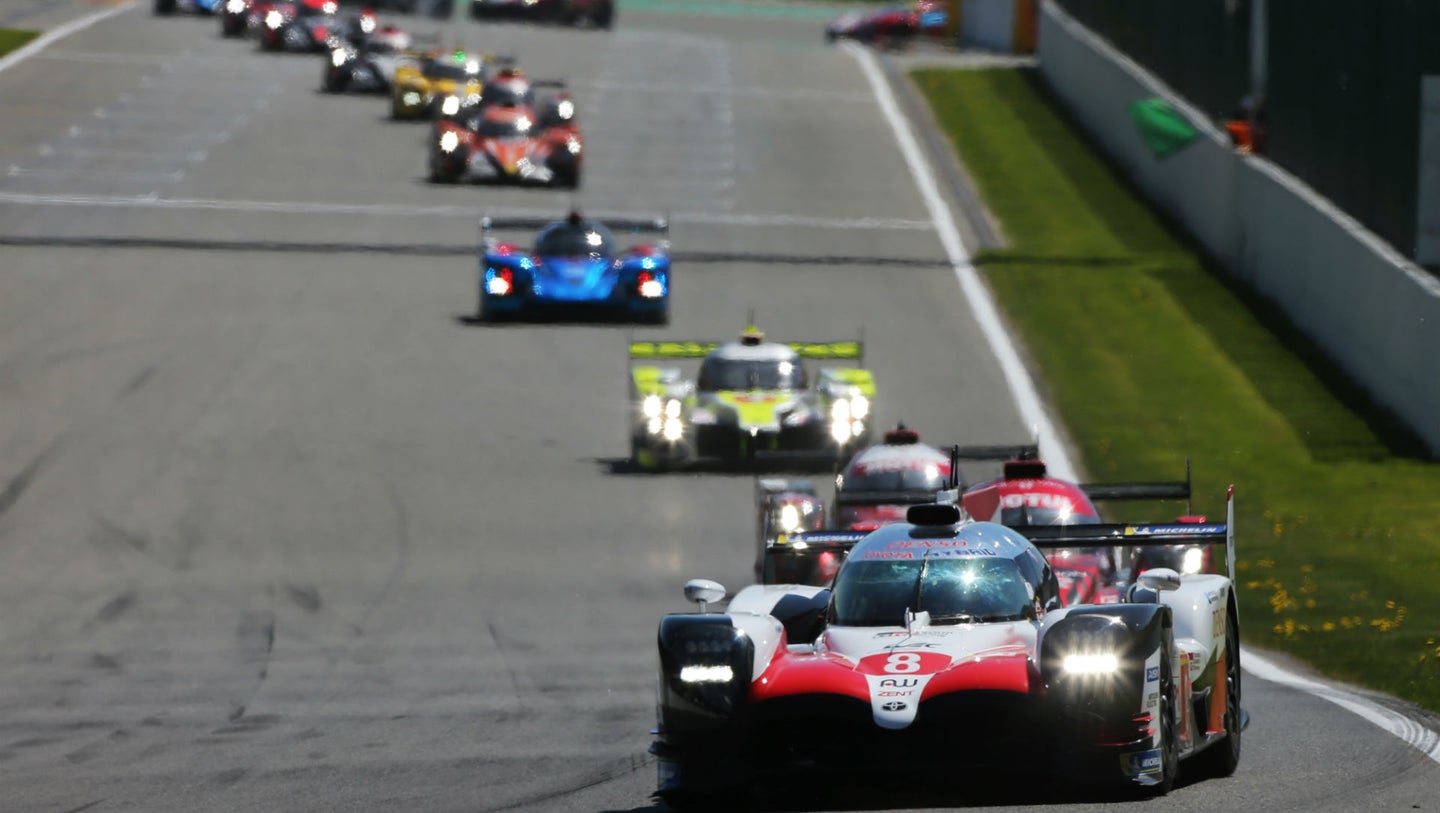 Sixty cars along with their drivers have been officially confirmed for this June's 24 Hours of Le Mans contest at Circuit De La Sarthe.

In the French classic's top prototype class, LMP1, 10 entries have been announced with two of them coming from the only manufacturer-backed team—Toyota Gazoo Racing. The Japan-based outfit will compete for its first-ever victory at Le Mans against a field of non-hybrid privateers including ByKolles, CEFC Manor, Dragonspeed, Rebellion Racing, and SMP Racing. Key players in the P1 category include Andre Lotterer, a previous Le Mans overall winner; Jenson Button, the 2009 Formula 1 champ; and Fernando Alonso, the McLaren F1 driver with two world titles to his name. Alonso is looking to complete the second third of the Motorsport Triple Crown after having two Monaco GP wins and one Indy 500 entry to his credit.

The race's most populous class, LMP2, features a mix of Dallara, Ligier, and Oreca competitors that make up 20 entries in total. Primetime names such as Juan Pablo Montoya and Ricky Taylor will be battling for class victory this year, both of whom drive for Team Penske Acura in the IMSA WeatherTech Championship; however, they will be pitted against one another at Le Mans as Montoya pilots a United Autosport Ligier and Taylor a Jackie Chan DC Racing-entered car of the same make.

GTE-Pro is stacked with all-new machines from BMW and Aston Martin, the latter aiming for a repeat victory at the event. Porsche, Ford, Corvette Racing, and Ferrari make up the rest of the field for the professional GT category totaling 17 cars. A slew of past winners made the official list including ex-Porsche LMP1 aces Earl Bamber, Romain Dumas, and Nick Tandy who will partake in the Stuttgart manufacturer's four-car assault of the day-long contest.

Lastly, GTE-Am is 13-deep as gentleman drivers mingle with professionals that race internationally, both as for-hire drivers and factory pilots. A strict diet of Aston Martins, Ferraris, and Porsches will compete and add some flavor to the event via heavy traffic for the professional-only categories. Last year's class winner, JMW Motorsport, will once again be fielding a Ferrari 488 GTE with Liam Griffin, Cooper MacNeil, and Jeffrey Segal sharing driving duties.