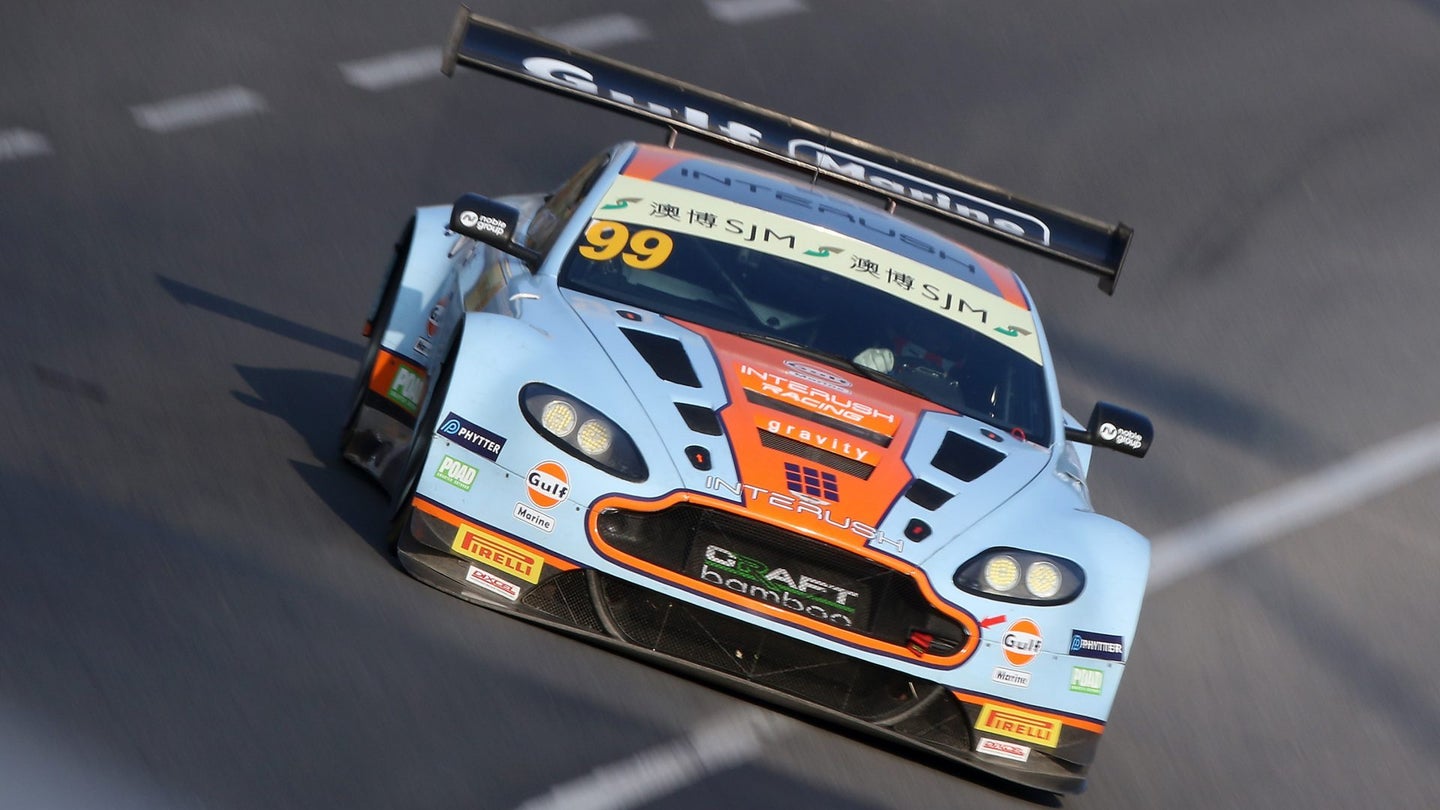 The Aston Martin V12 Vantage GT3 will run its last race this Sunday at the season-ending round of the British GT Championship, held at Donington Park. This will bring to an end the V12 Vantage GT3's factory-backed racing career, dating back to its reveal in 2012 as a replacement for the DBRS9.

In its six years, this Aston Martin has tacked up 22 wins (six in 2018), 26 pole positions, 63 podiums, three drivers' championships, and two team championships. It will have a chance to add to these counts on Sunday, and will perform on the British GT Championship's livestream.

"My journey with Aston Martin really began with the V12 Vantage GT3," recalled Jonny Adam of Optiumum Motorsport. "In fact I was the first driver to shakedown the car back in 2011, and all of the success I have had in the British GT Championship has been with a car that has proved itself to be the gold standard among GT racing machinery."

"In all its derivatives the current Vantage has excelled and it took me to the greatest height of all at Le Mans in 2017. There's a long way to go before the flag falls at Donington on Sunday, and a lot can happen, but myself and [teammate] Flick [Haigh] would love to give the 'old lady' a send-off to be proud of."

The V12 Vantage GT3 is slated to be replaced by a car based on the current generation of Vantage, the Vantage GT3, and the V8-powered Vantage GT4 will be replaced by the Vantage GT4 in 2019. Both variants will use V8 engines, at least some of which will be twin-turbocharged, drowning out the naturally-aspirated sound racing fans have come to love from the outgoing Vantages. At least we have their howls recorded on film, so we can enjoy them forevermore.