Aston Martin Confirms Dedication to V12 Engines, Will Produce Them As Long As Possible 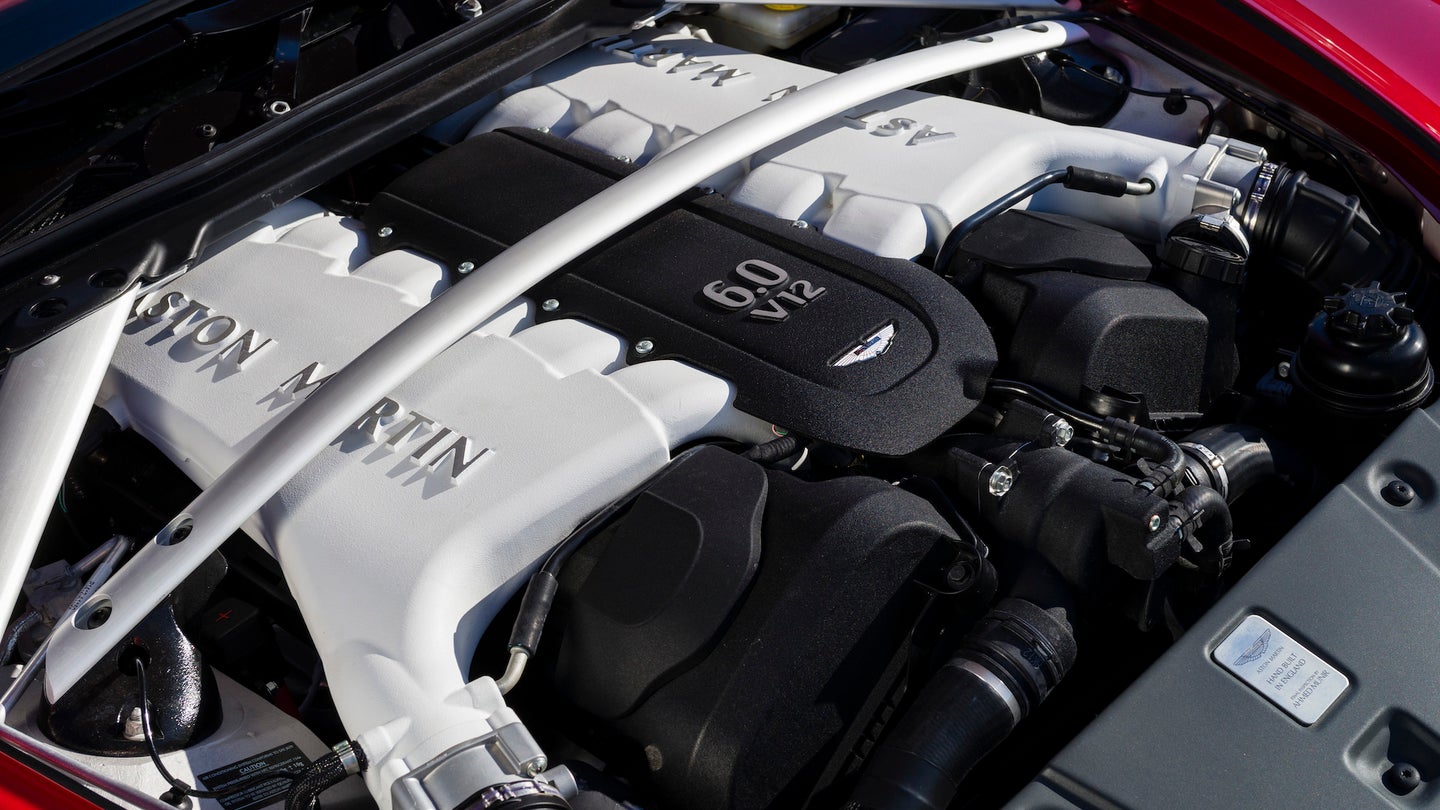 Despite the grand engine format that is the V12 approaching extinction, with fewer automakers offering them than ever before, an Aston Martin executive has affirmed that the British automaker will keep using the V12 for as long as is possible.

"We still see a healthy future for V12 engines," said Aston Martin-Lagonda's Chief Marketing Officer Simon Sproule in an interview with Australia's Go Auto. "In our segment, I think V12 is a product differentiator that luxury players have and premium players don't. So I think there's a lot of life left in V12 engines."

Sproule said that despite tightening emissions regulations and internal combustion's migration toward smaller engines, Aston Martin will continue to sell cars powered by V12s for as long as it can sell them—meaning as long as people are buying, and they can stay emissions-compliant. But that doesn't mean the naturally aspirated, non-hybrid engines of yore will be a permanent fixture of Aston Martin's lineup, as Sproule advised to expect Aston's V12s to be hybridized (or "electrified") in the 2020s.

"We've always said that by mid of next decade, everything will be either electrified or hybridized," Sproule continued. "I think with the Aston Martin brand, we are a ways away off from all-electric, from only electric, for the brand—I don't see that any time soon. But Lagonda will be pure-electric, and it allows us actually to sit nicely with [hybrid] sports cars and then Lagonda being a very differentiated brand."

Aston's electric-only, ultra-luxury subsidiary Lagonda plans to launch a battery-powered crossover later this year. It, along with the upcoming Aston Martin Rapide E, will make up the company's first two electric models, though as Sproule has affirmed, this does not signal the end of V12 Astons.

Other automakers' loyalty to the V12 is mixed; Ferrari has boasted that its V12s will never be hybridized or turbocharged, while Mercedes-Benz has seemingly waved the white flag with its S65 AMG, believed to be the last V12 Benz that will ever be made.