How did this million-dollar sedan built exclusively for the Middle East end up in the United States? 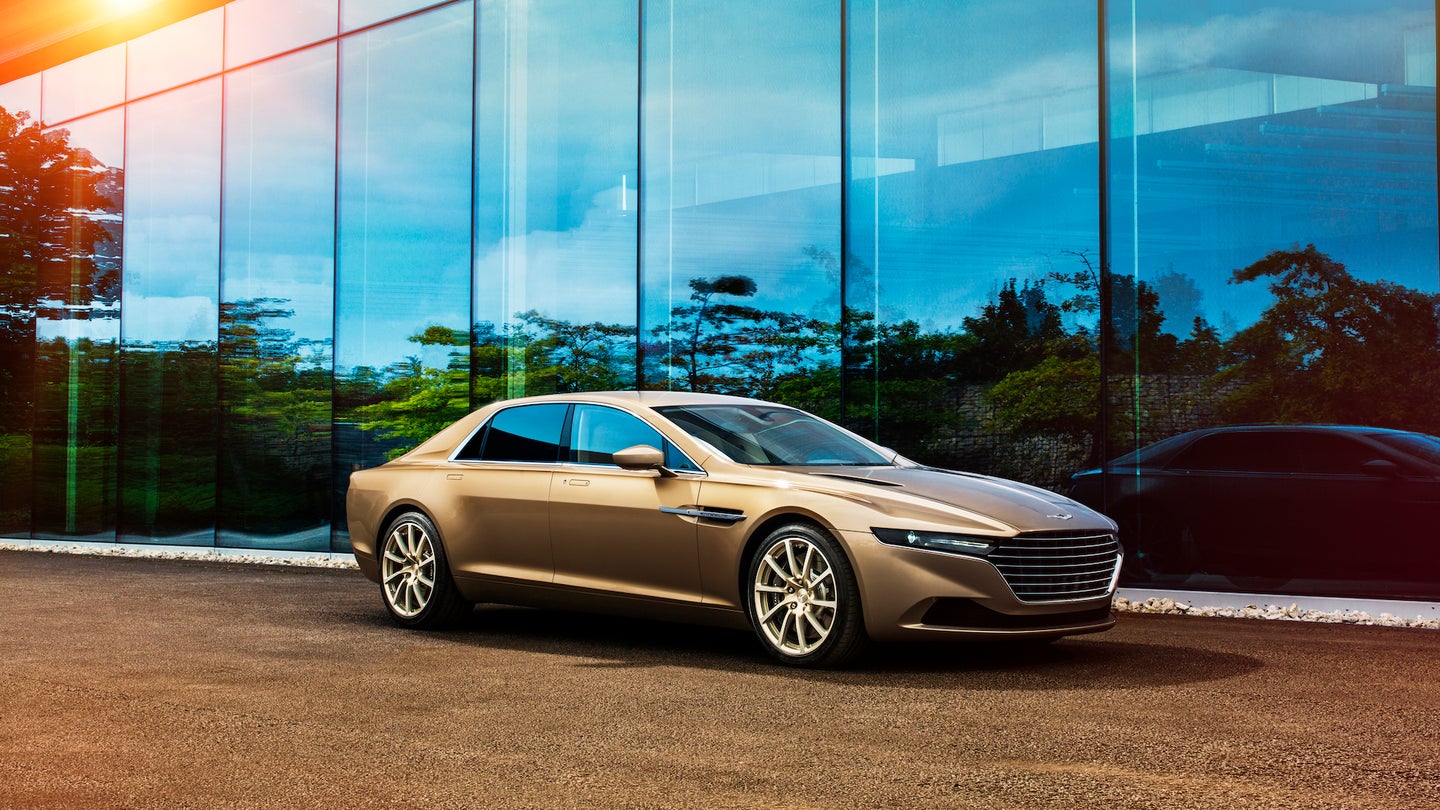 An exceedingly rare Aston Martin Lagonda Taraf luxury sedan has surfaced for sale in California, raising questions about its provenance and its future owner. After all, this is the first-ever Taraf to lay rubber in the American continent.

For those not in the know, the Lagonda Taraf (Taraf roughly translates from Arabic to "party") was Aston Martin's attempt at entering the market for maximum-luxury sedans occupied by marques such as Rolls-Royce and Mercedes-Maybach. It featured a body constructed of carbon fiber-reinforced polymer (CFRP) and the classic 6.0-liter Aston Martin V12 under the hood, which is good for 533 horsepower and 465 pound-feet of torque. Cash that power in with your right foot, and zero to 60 is slain in just 4.4 seconds.

Floor it long enough, and the Taraf will max out at 195 miles per hour, which is a speeding ticket you could survive if you can afford to buy a Taraf when they were new. Being a fully handcrafted car at the pinnacle of luxury, the Lagonda Taraf cost $1 million in its day, making it far more expensive and exclusive than the competing Rolls or Maybach. Media at the time questioned whether it was worth that money, as did customers, whose demand was less than Aston Martin expected. In the end, 200 cars were planned, but only 120 were built.

Despite aiming at flashy Middle Eastern oil money, which is where most of the Tarafs sold, one somehow ended up on American soil, for sale as a lightly used model by exotics dealer Lamborghini of Newport Beach. Its unknown original owner only put 284 miles on the car before getting rid of it, meaning most of this car's life is still ahead of it.

None were originally sold in the U.S., so what brought the car here? Lamborghini of Newport Beach would only tell us that it's here on a "show or display" title, meaning that its annual mileage is limited to 2,500. According to the NHTSA's 2017 show-or-display eligibility list, the Lagonda Taraf is one of a handful of vehicles you can bring into the US with such a title, meaning that this specific car is likely the reason for the Taraf's presence on the list. It's believed to be the only one in the US, so if you want your wheels to stand out, you know what to do.

We caught up with Aston Martin’s chief engineer to learn how the manual Vantage AMR came to be—and what it means for the future.