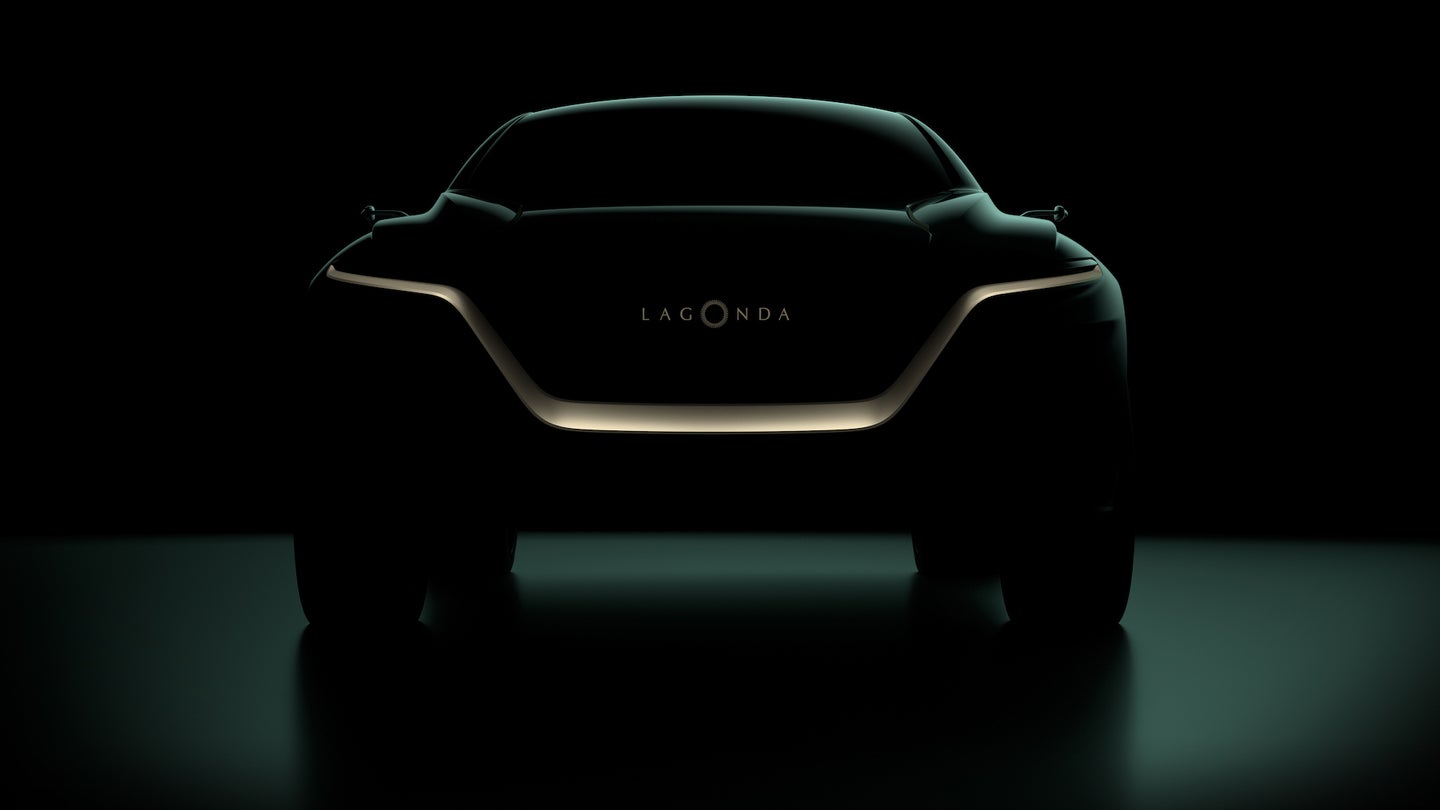 Aston Martin announced that it will debut its new, electric Lagonda All-Terrain Concept at the 89th annual Geneva International Motor Show in March.

To tease the upcoming convention’s attendees appropriately and tide the rest of us over until then, the automaker has released the first sparsely detailed photo and revealed a few key details.

Most importantly, the Lagonda All-Terrain is poised to be the brand’s very first zero-emissions luxury vehicle put into production, and fall in line with the automaker’s three core series of sportscars: Vantage, DB11 AMR, and DBS Superleggera.

Aston Martin relaunched the Lagonda sub-brand last year and graced the Geneva International Motor Show with a surprise debut of the Lagonda Vision Concept. This year, the company is seemingly keen on maintaining that momentum by not only bringing the All-Terrain model to Switzerland’s international guests but doing so with the promise of actually putting it into production.

“The ways in which automotive brands reveal new product has changed beyond recognition in recent years, but there’s still something compelling about the unique atmosphere of a great motor show,” said Andy Palmer, Lagonda president and Aston Martin Group CEO.

The vehicle’s finish is the company’s own in-house “Cosmos Orange,” with subtle carbon fiber detailing on both the interior and exterior with orange graphics and anodized interior switches. Aston Martin has supposedly developed this model with equal parts performance- and luxury-car tenets in mind.

“The Lagonda All-Terrain Concept offers explicit clues regarding what will be the first Lagonda model to enter production, and further demonstrates how Lagonda’s zero emission powertrain enables us to create spectacular cars that will radically redefine their sectors of the market,” said Palmer. “I’m expecting the Aston Martin Lagonda stand to be busier than ever, and very much look forward to seeing the crowd’s reaction first-hand."

For those of you lucky enough to attend this year’s Geneva International Motor Show from March 5-7, you might want to head on over to Hall 2, Stand #2229 to get a glimpse of this yet mysterious-looking luxury car yourself. One thing is already fairly clear: the design we can discern looks mighty promising.