The 6 Most Alluring Concept Cars of the 2019 Geneva Motor Show: Day 2

The cars of tomorrow ain’t half bad. 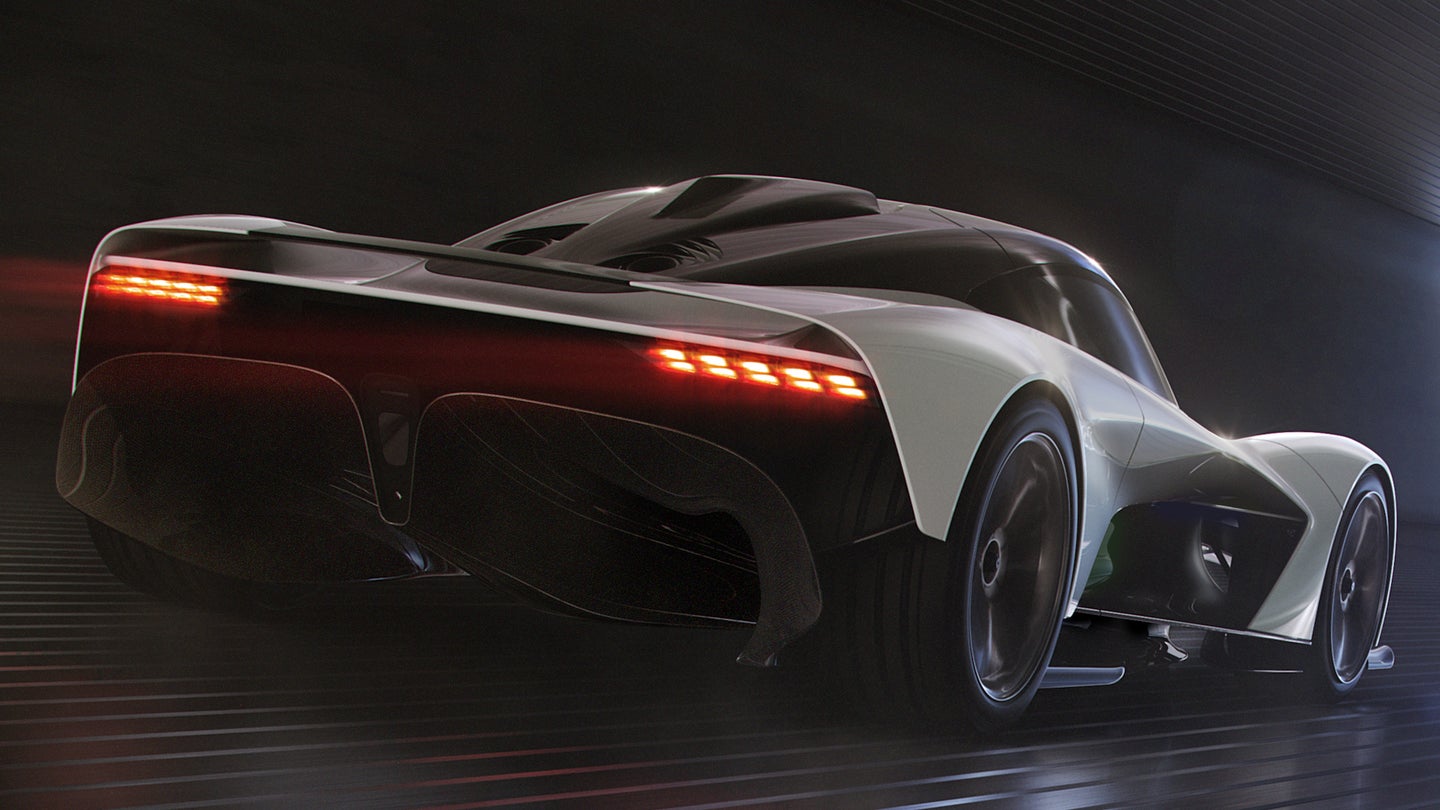 Concept cars preview how the cars of tomorrow will look, even if they do so in an exaggerated, unrealistic fashion. Tuesday, we ran through the first half of the 2019 Geneva Motor Show's best concept cars, and now, we're delivering the other half. Members of this list fall into three categories: sports cars, retro-styled electric oddities, and design study crossovers that are likely to portend companies' future styling directions.

Aston Martin-Lagonda brought three concepts to Geneva, one being an ultra-luxury SUV and then two handsome sports cars. The AM-RB 003 falls into the latter category, and is something of a middle ground between the Valkyrie hypercar and the Vanquish Vision Concept supercar. It features the Valkyrie's Formula 1- and NASA-grade aerodynamics but shares an engine with the Vanquish Vision, a turbocharged V6 augmented by a hybrid system. When the AM-RB 003 enters production, it will be the first Aston Martin to use this cutting-edge combustion engine.

On the more pedestrian end of the spectrum is the Fiat Centoventi, or in English, Fiat 120. It may look like an incomplete CAD model above, but the Centoventi is conceptualized as an ultra-configurable vehicle, capable of swapping between roof, bumper, wheel cover, and livery options—four apiece—at will. Even its interior and mechanical components are designed to be swappable or upgradeable, making the Centoventi theoretically near-immune to obsolescence.

Kia's odd crossover coupe concept retains the brand's recognizable "tiger nose" front end, though it has been rescaled to represent a new era for the Korean automaker. This styling cue, Kia says, could adorn its entire electric vehicle lineup in the future, though it's unclear how far out this future is.

Toyota's halo car, the revived Supra, was developed with motorsport in mind. So intense was Toyota's preoccupation with racing the Supra that the car was revealed in a racing livery and full aero months before the road car's reveal in January. With the relatively affordable racing category GT4 growing in popularity, Toyota targeted the series with a racing concept, one that looks ready to hit the circuit. It has a full roll cage, heavy-downforce-generating aerodynamics, and the same turbocharged 3.0-liter inline-six found in the road car, likely producing more power in its racing guise.

The Volkswagen I.D. Buggy would be newsworthy even if it didn't look like the Amazon rainforest's picturesque red-eyed tree frog. It's a scampering little off-roader, with a 201-horsepower electric motor at the rear axle that'll ensure it can gallivant giddily across almost any terrain. Volkswagen doesn't sound confident that the vehicle will make it to showrooms, though it has outright suggested that the aftermarket bring the I.D. Buggy to life if it doesn't.

Mitsubishi's strange, oddly named concept is an SUV that emphasizes flexibility with four-wheel-drive powered by a plug-in hybrid system consisting of a 2.4-liter gasoline engine paired with an electric motor. Maximum range with a full charge and a full tank is said to be 435 miles, 43 of which can be entirely electric. En route, the Engelberg Tourer should not only be one of the most stable vehicles on the road but among the most nimble in its class, as Mitsubishi boasts that the vehicle features most of the handling tricks that made the Lancer Evolution a legend. Hopefully, this truck will advance beyond the concept stage so we can put that claim to test.