The full reveal of the concept is due in a matter of weeks, and there’s a fair chance that the model will make production. 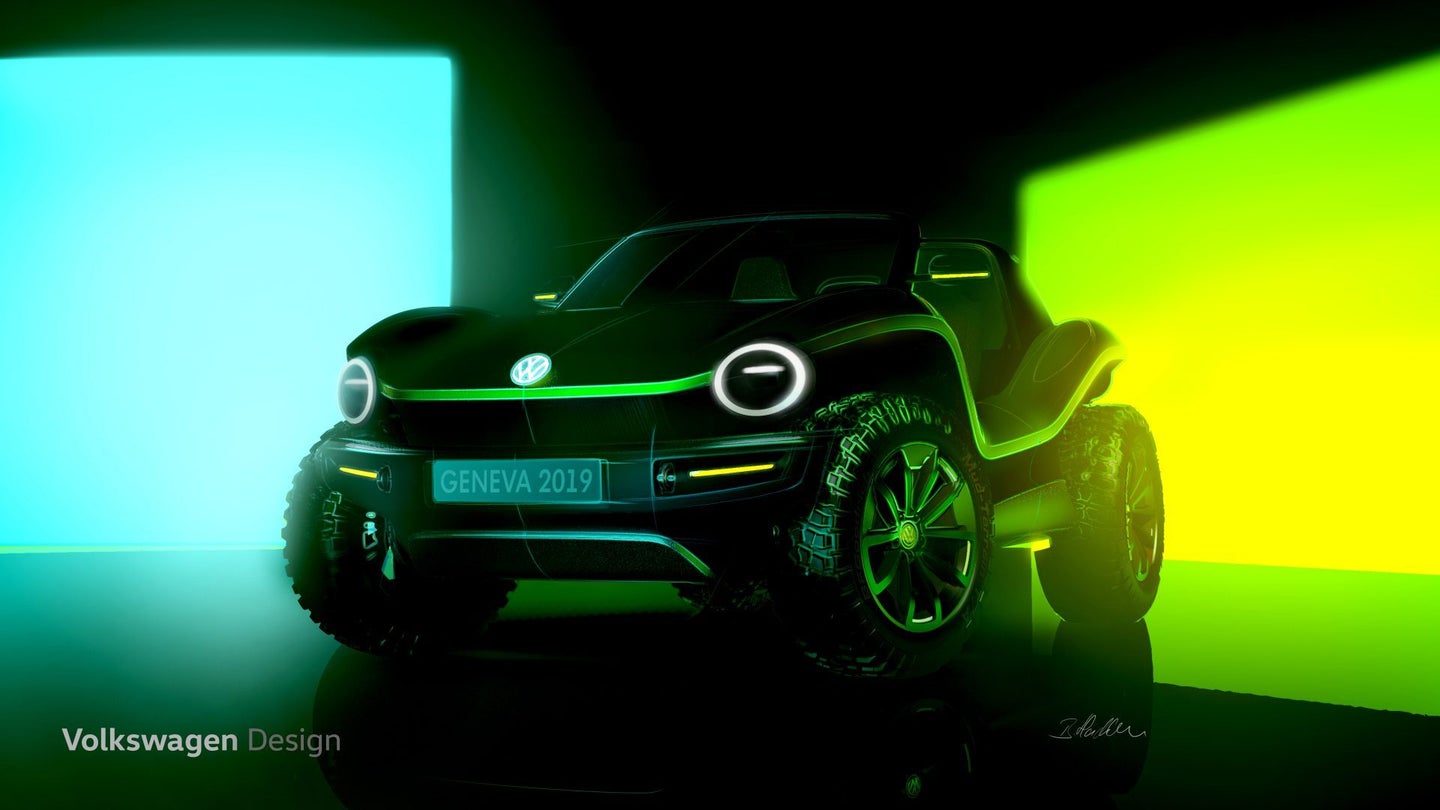 Volkswagen announced Wednesday that it will reveal a retro-futuristic, electric dune buggy concept at the 2019 Geneva Motor Show, scheduled for early March.

The German automaker first teased the concept car in a Christmas card released during the 2018 holiday season but remained quiet on whether the design would turn into anything other than a piece of artwork. With its Wednesday announcement, it released a pair of artistically lit 3-D renderings of the vehicle, which has yet to be given a name other than "dune buggy."

VW's muse for the concept was the Beetle-based Meyers Manx, the original dune buggy, as designed in California in 1964. Like its muse, the concept is doorless, and without a fixed roof, leaving the driver open to the elements. Based on comments from VW executives, it could be the first among a series of retro-inspired EV concepts.

Like all of VW's "I.D." electric vehicles, this buggy is built on its modular EV platform, MEB. Said platform will underpin the I.D. hatchback, I.D. Crozz, and I.D. Buzz, the latter two of which will reportedly be built in Tennessee. These vehicles will feature a variety of battery options, all of which will be floor-mounted to keep handling sharp despite hefty curb weights. Driven wheels will either be rear or all four.

"A buggy is more than a car. It is vibrancy and energy on four wheels," commented VW's head designer, Klaus Bischoff. "These attributes are embodied by the new e-buggy, which demonstrates how a modern, non-retro interpretation of a classic can look and, more than anything else, the emotional bond that electric mobility can create."

A full reveal of the concept will occur in Geneva on March 5, prior to the 2019 Geneva Motor Show. There, the vehicle will be displayed for the duration of the show March 7-17.

This Electric Caterpillar Excavator Is the Tesla of Heavy Construction Equipment

Pon Equipment plans to deliver eight of the excavators to EV-crazed Norway.