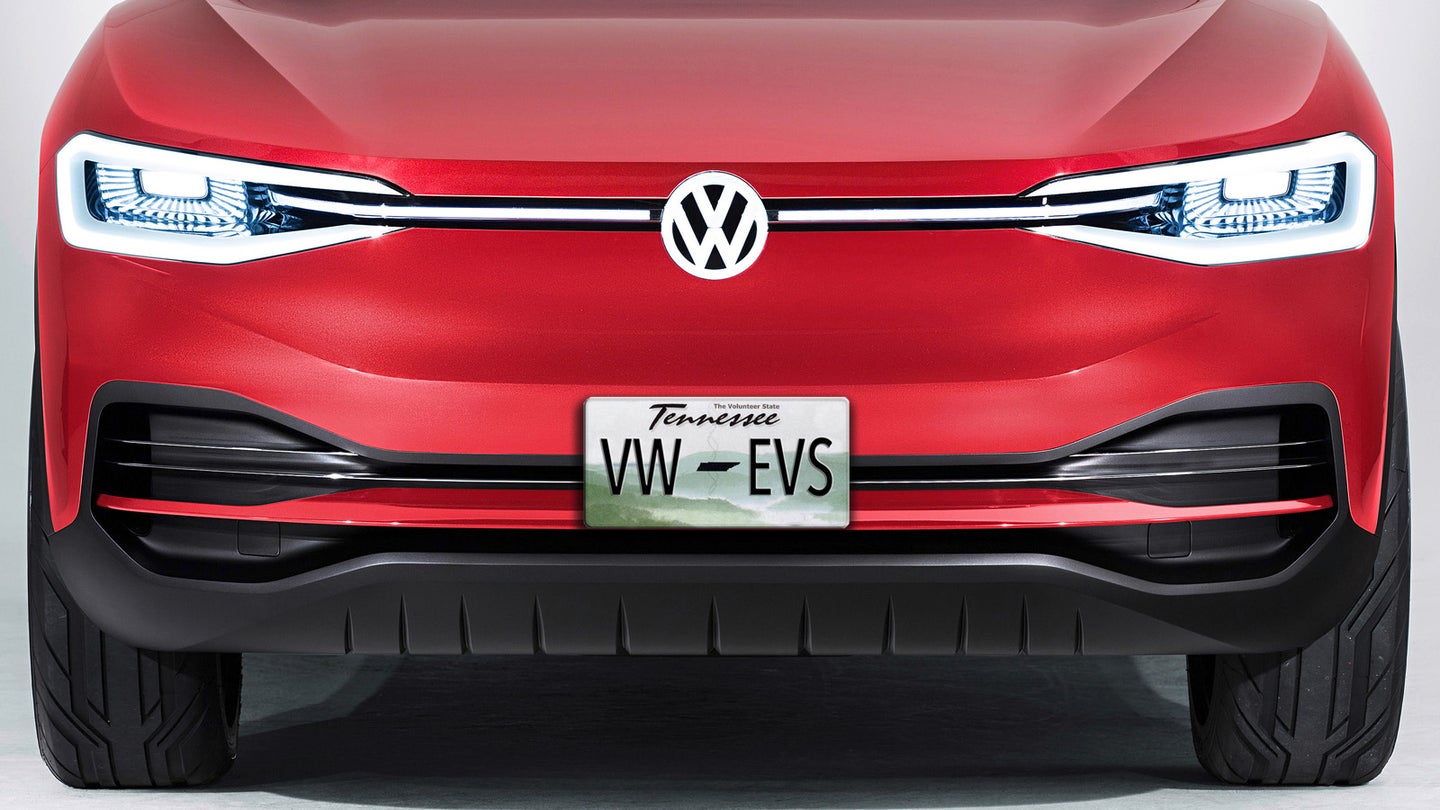 Volkswagen announced Monday that it will overhaul its Chattanooga, Tennessee factory to produce electric vehicles starting in 2022.

Its Chattanooga factory currently produces the Passat sedan and Atlas three-row crossover, though a two-row, five-seater Atlas Cross Sport will enter production at Chattanooga later this year. Volkswagen says that it will inject $800 million into the facility to make the plant its North American headquarters for electric vehicle production, with plans to light up the manufacturing lines in 2022.

This investment is projected to add 1,000 jobs at the factory, and an unknown additional figure at the suppliers that feed the Chattanooga plant.

"Volkswagen is continuing to invest in the U.S. to broaden its manufacturing and R&D footprint," stated Volkswagen Auto Group CEO Dr. Herbert Diess. "Projects like the electric car production announced today and changes in our sourcing decisions are in line with the current direction of trade policy including the USMCA."

"The shift toward electric vehicles is a trend that can be seen worldwide, and Volkswagen's decision to locate its first North American EV manufacturing facility in Chattanooga underscores Tennessee's manufacturing strength and highly-skilled workforce," added Tennessee Governor Bill Haslam said. "As one of Hamilton County's top employers, these additional 1,000 jobs will have a lasting impact on the region."

Volkswagen will not wait for the Chattanooga factory to churn out EVs before selling them stateside; it plans to launch its first EV in the U.S. market, the I.D. Crozz electric crossover, in 2020. Alongside this model, Volkswagen will also sell the I.D. Buzz electric microbus, in multiple body styles. Both models will reportedly be built in the U.S.—likely in Chattanooga—but Volkswagen has not made public which models it intends to produce stateside. The Drive contacted the company for comment and will update when we receive a response.

VW intends to earmark close to $50 billion for the development of EV technologies and their associated mobility services through 2023 and has outlined a similar investment into EV batteries alone. By the end of 2020, the auto giant hopes to have sold more than 150,000 EVs with the goal of over one million by the end of 2025.