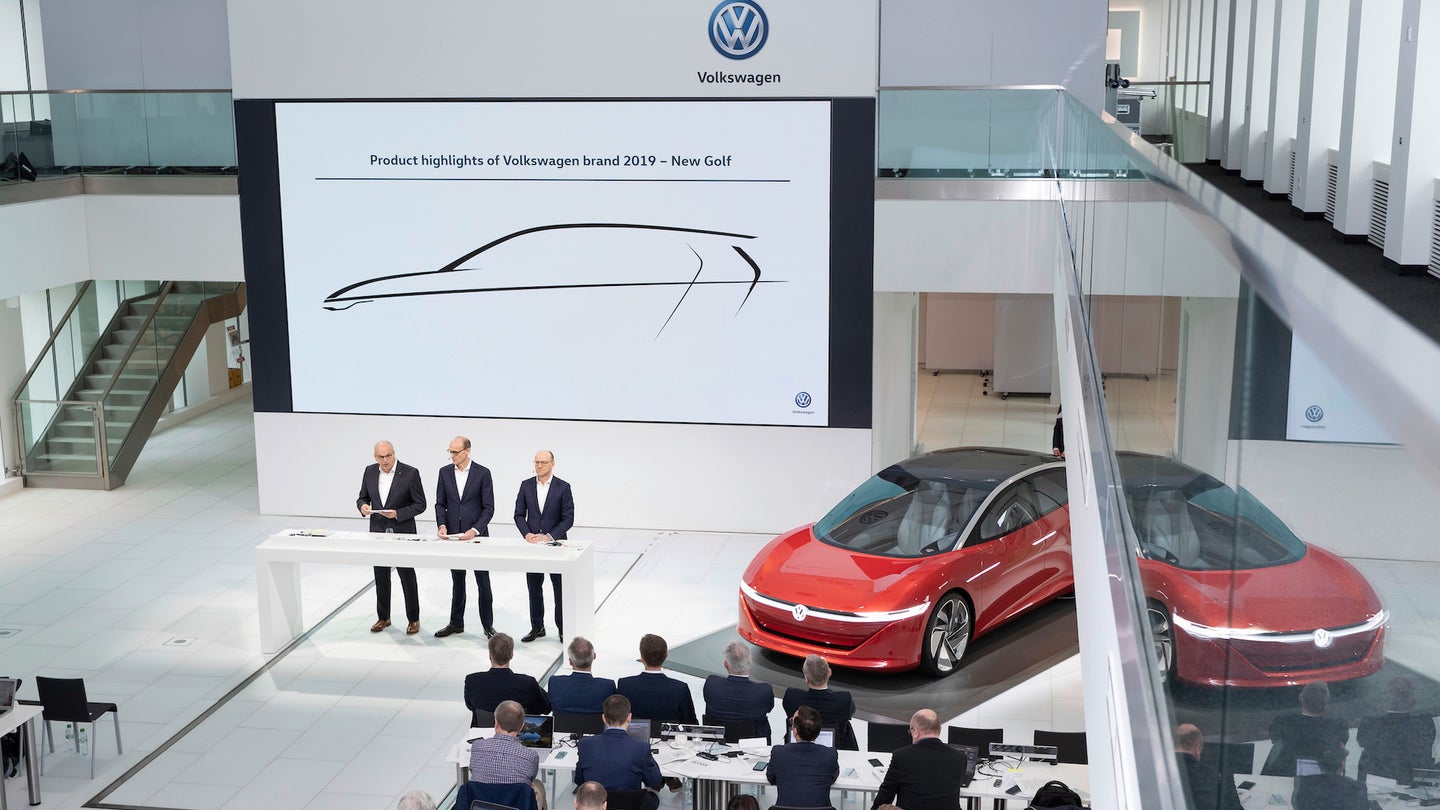 In a press conference Wednesday, Volkswagen board members announced that the automaker will open pre-orders for its first mass-market electric vehicle, the I.D., on May 8.

The Volkswagen I.D. will be a hatchback built on the company's "MEB" modular electric vehicle platform. It will be available with a variety of batteries, growing in capacity and range with the model's price, which is reported by Autocar to start at just under €30,000 EUR ($33,900 USD). The largest of these batteries, which we believe to be a 111 kilowatt-hour (kWh) unit, is estimated to give the I.D. around 340 miles of driving range on a full charge. Volkswagen predicts that the I.D. will contribute to its estimated 22 million global EV sales over the next decade.

Volkswagen states that first adopters of the I.D. will receive special, launch-edition cars, but has not specified how these will stand out from subsequent models. It has confirmed that the I.D.'s production-ready design will be revealed in September at the Frankfurt Motor Show.

"Given the interest in the I.D. family shown by our dealers, I think it is possible that the launch edition will already have sold out before we unveil the I.D. in September," stated Jürgen Stackmann, Volkswagen's board representative for sales, in the conference.

A company spokesperson confirmed to The Drive that pricing and technical specifications for the I.D. will arrive at a pre-booking event May 8, which is also when rollout plans will be revealed. They stated that the I.D. will arrive in European showrooms in 2020, and eventually be sold in other markets as applicable.

Volkswagen will begin to manufacture the I.D. later this year at its Zwickau, Germany plant, which will run on green energy to make manufacturing of the I.D. CO2-neutral. Recently the subject of a €1.2 billion EUR ($1.36 billion USD) investment, Zwickau will reportedly have the production capacity to churn out 350,000 vehicles annually by 2021. The year following, Volkswagen's EV manufacturing capacities will increase further with the beginning of production at a reinvigorated Chattanooga, Tennessee plant, which will be future-proofed with an $800 million investment.