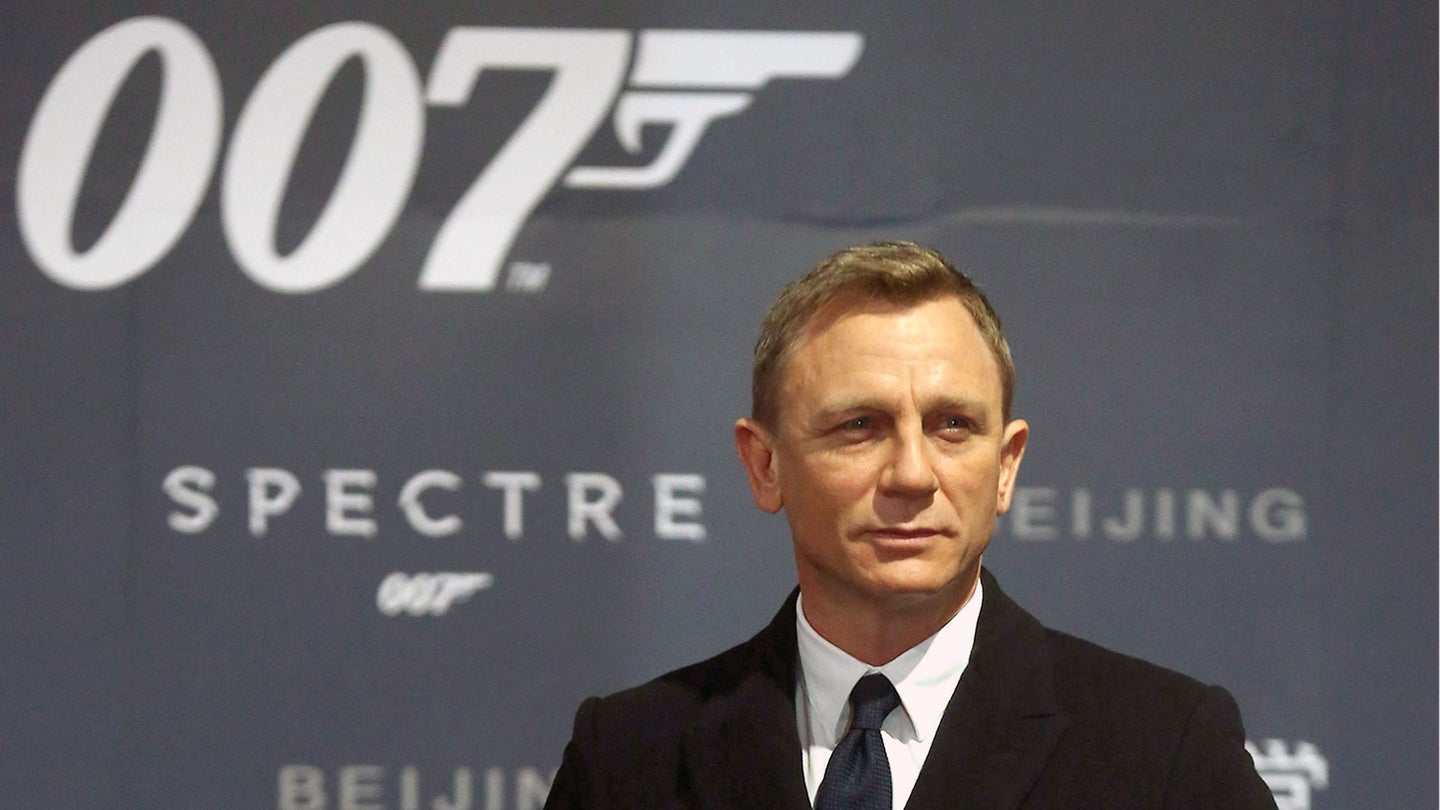 British super-spy and gentleman James Bond will reportedly drive an electric Aston Martin in his next silver-screen appearance.

"The decision was spearheaded by the film's new director [Cary Joji Fukunaga], who's a total tree-hugger," an insider reportedly told The Sun. "He is working directly with Aston Martin to get one of their electric cars ready for its big close-up."

The Sun identifies the electric Aston Martin in question as the Rapide E sedan, announced last September. With 602 horsepower, a 0-to-60 time of under four seconds, and a top speed of 155 miles per hour, it's an assuredly Bond-worthy vehicle. Only 155 cars will be built, of which at least a few will presumably be snapped up for the film and converted to full Q-branch specification. The alleged insider was not quoted as having specified this vehicle, leaving open the possibility that Bond could drive the electric ultra-luxury "All-Terrain" SUV in development by Aston subsidiary Lagonda.

"It's going to have all the high-tech gadgets," the insider continued. "To be clear, this is something Cary pushed for and Daniel [Craig] and the producers are going along with."

Despite this alleged insider painting a picture of a rogue, dogmatic director imposing a controversial change to the Bond universe, they went on to praise Fukunaga's decision.

"It's going to be the center of an incredible action sequence in the movie. James Bond is known for driving amazing cars and this one won't disappoint either," the insider allegedly stated. "Everybody is afraid of Bond getting labeled 'too PC' but they all felt the time was right to put him in a zero-emission vehicle."

James Bond has been closely associated with the Aston Martin brand since Ian Fleming's 1959 novel Goldfinger, in which 007 was depicted driving an Aston Martin DB Mark III. In the film adaption, the producers opted to use a prototype of the more recent DB5, which, as a result of the movie's success, became an instant film icon. Though the original movie car was stolen in 1997 and hasn't been seen since, fully weaponized DB5s aren't a thing of the past—Aston Martin announced last year that it'll build 28 movie-spec replicas for $3.5 million apiece.

Pirelli is using special technology to make Aston’s first EV much quieter than gasoline-powered cars of the past.