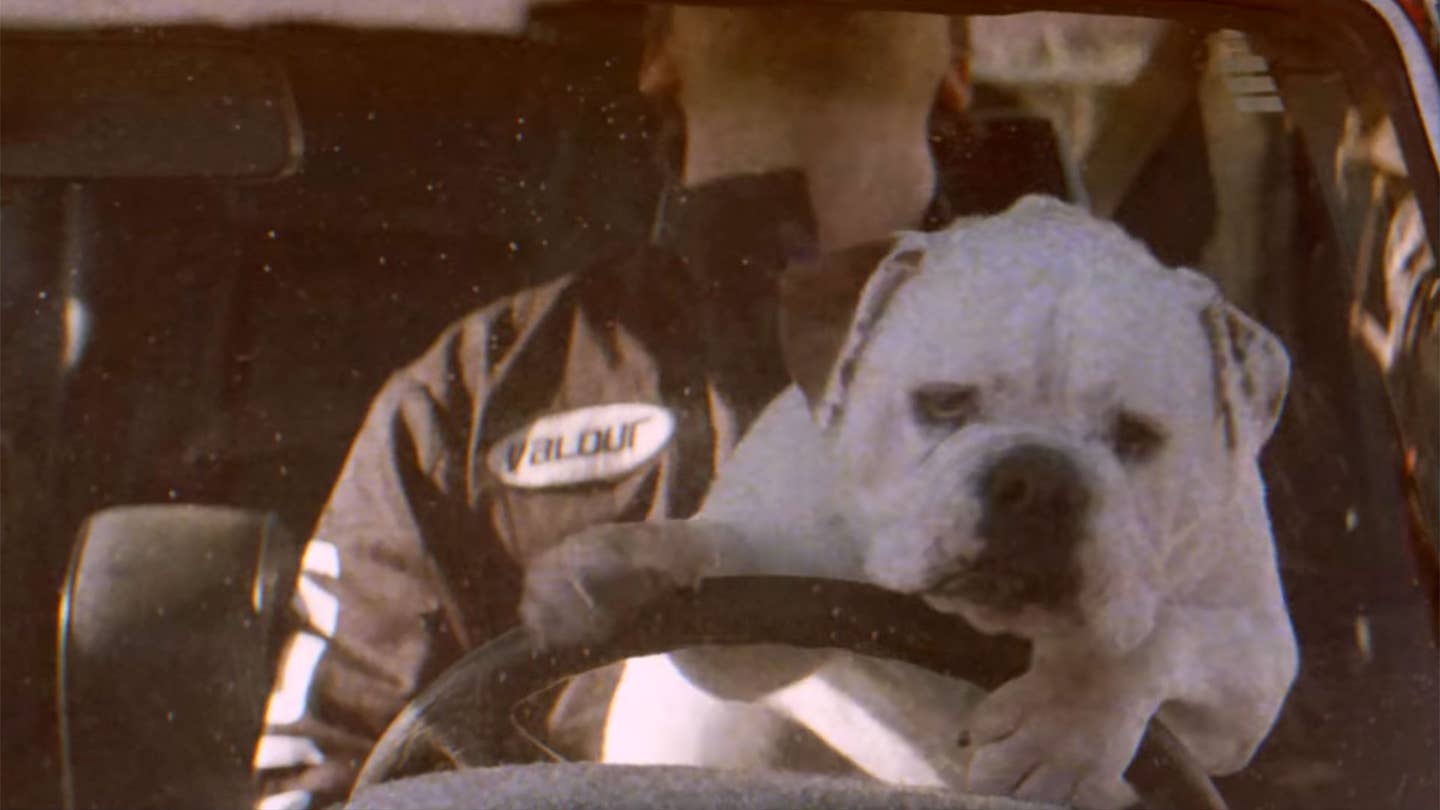 The calling card of any Michael Showalter/David Wain production is humor so multivalent, audiences don't so much laugh at punchlines as giggle nervously as they're enveloped in a swirling cloud of oddities. The trailer for Second Sound Barrier, part of a marketing campaign for Robert Graham cologne, is no different. Filmed through a haze of Seventies-style film noise, Second Sound Barrier is exactly what you'd expect from the guys behind Wet Hot American Summer and Stella: A beautifully nonsensical, pseudo-McQueen automotive romp about three men, each named after bravery, racing ridiculous cars towards an nonexistent physical goal. Our heroes—Thelonious Courage, Andrew Michael Fortitude, and Roger Valour—are three speed-obsessed racers obsessed with "pushing beyond those limits that mankind has already pushed beyond." Summoned to a creepy mansion, Lady Billionaire (Juliette Lewis) tasks the trio with breaking the elusive second sound barrier to save her life. Then she dresses as a table. Then an old man.

Trying to describe the thing is impossible. If you like the duo's wonderfully off-kilter brand of laughs—and one-liners with all the swagger of classic racing mantras with even less of the sense—take a gander. As a bonus, you'll see a Mercedes 240D, BMW i8 and Porsche 356 racing down a runway—the first and last time in film history that group will ever meet.