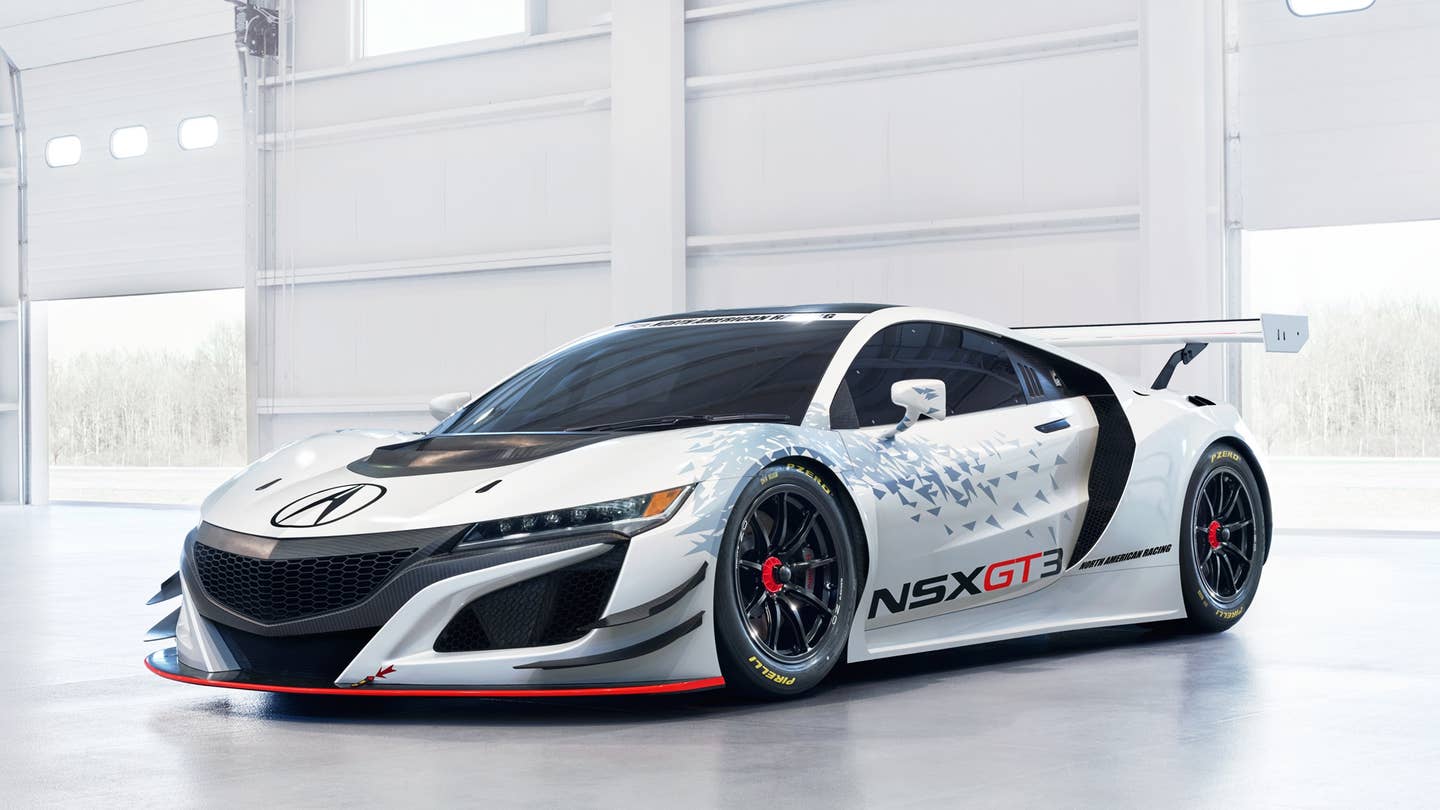 Trying to hit every press conference at the New York Auto Show is an exercise in both futility and exhaustion. And while a redesigned MDX isn't going to get anybody hot-and-bothered, Honda's luxury arm had this sexy little number sitting off in the corner: The Acura NSX GT3 race car.

Pull back enough of that custom, aerodynamically-optimized bodywork, and you'll find the same twin-turbocharged, 3.5-liter V6 as the production 2017 Acura NSX. Same block, same heads, same crankshaft, same pistons, same dry-sump oil system. You will not, however, find the battery packs or electric motors that the street version of the NSX uses: In compliance with series regulations, this GT3 is purely combustion powered. Likewise, all that power is sent through a six-speed sequential racing gearbox straight to the rear wheels. A massive rear spoiler helps glue the NSX GT3 to the ground, while massive hood vents help suck up extra air to keep the potent engine cool.

Just like the road car, the NSX GT3 is made right here in America, with the body being built alongside the consumer version in Marysville, Ohio, and the engine being built down the road in the town of Anna. The car is currently undergoing final testing at Honda's race engineering labs out in California, in advance of homologation to FIA GT3 class standards this fall.