7 Of Aviation’s Most Unsettling Mysteries (Besides Amelia Earhart)

On the anniversary of the Germanwings tragedy, a look at several airborne enigmas. 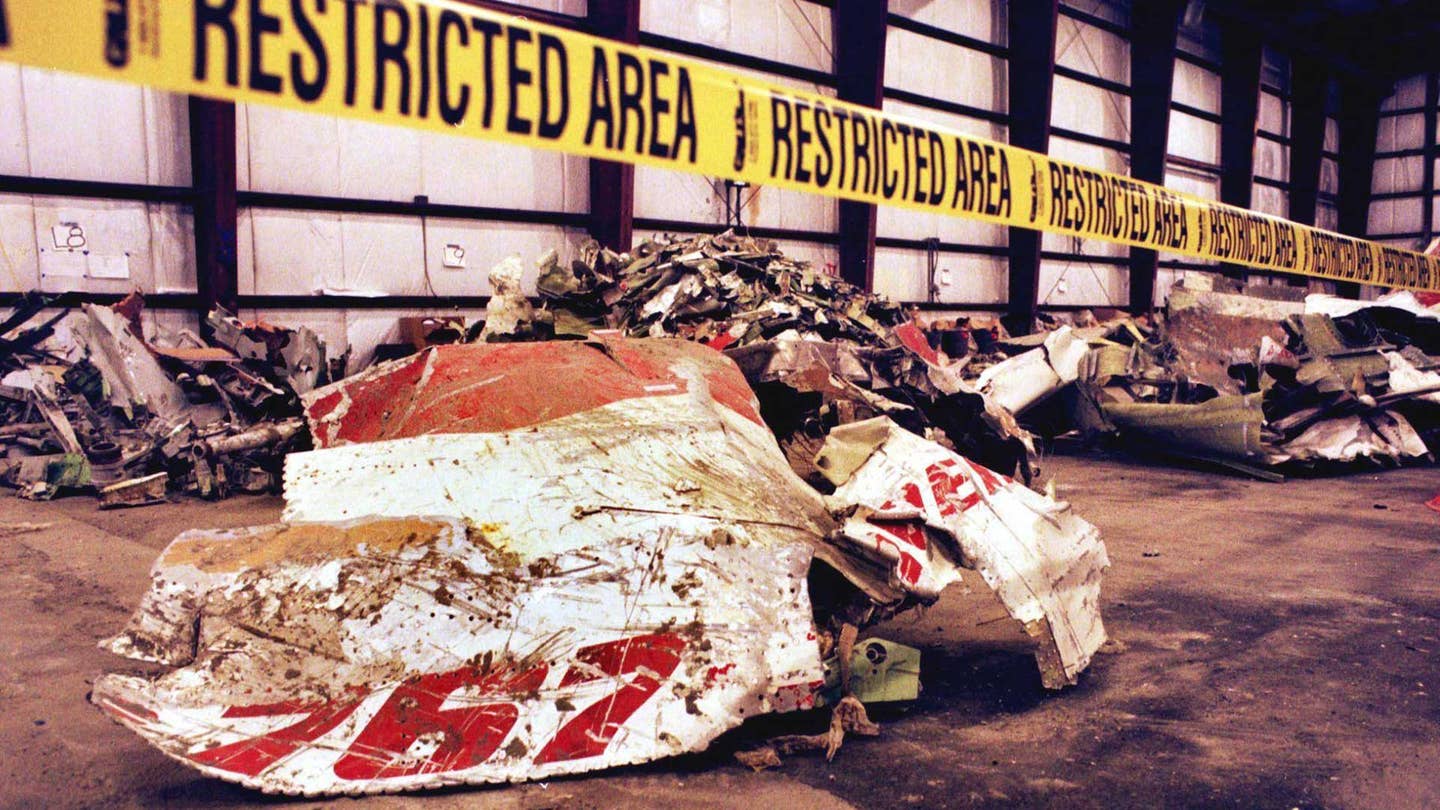 Did you know last year was the safest year in commercial aviation history? True story. Yes, there were two highly sensationalized catastrophes—Germanwings and the downing of a Russian airliner above Egypt—but beyond those, nary a single passenger fatality was observed on a modern jet. Break it down by the numbers, and the advances are clear: Of the 34 million flights last year, only 16 crashed. (The worst year to fly was 1972, where there were more than 40 fatal crashes, or one major calamity every nine days.)

With technological advances across the board, we can sink into a cramped coach seat with relative peace of mind—we’ll arrive safely at our destination, sated with ginger ale and pretzels. That wasn’t always the case. Over one hundred-plus years of aviation, a considerable number of planes, and lives, have been lost to forces which, because of the high-flying, far-ranging nature of the machines, we still don't fully understand. As we mourn last year's tragedy, a look back at other moments of unsolved mayhem.

A year ago today, Captain Patrick Sondenheimer told co-pilot Andreas Lubitz to prepare to land the Airbus 320 they were flying from Barcelona to Dusseldorf. Lubitz’ cryptic response: “Hopefully. We’ll see.” Sondenheimer didn’t audibly react to these odd words and left the cockpit to use the bathroom. Alone, Lubitz, 27, aimed the nose of the vessel at the French Alps, slamming the plane into a mountainside at 403 mph, killing all passengers. The resulting investigation showed that Lubitz had been practicing steep dive maneuvers, suffered severe depression, and had researched suicide methods and the security of cockpit doors. The flummoxing bit here is Lubitz’ motive for mass murdering innocent passengers during his suicide. He left no note, no explanation. Friends and family were as shocked by his actions as the rest of the world.

In July of 1996, this Boeing 747 exploded shortly after takeoff from JFK and crashed into the Atlantic, near East Moriches, Long Island, resulting in the deaths of all 230 people on board. Speculation ran the gamut from terrorism to friendly fire, in the form of a missile from a US Navy ship. Conspiracy theorists cited eyewitnesses who claimed to have seen something streaking at the plane just after takeoff. However, a 16-month investigation by the FBI concluded that a short circuit was most likely to have caused the explosion. That ruling didn’t sit well with many citizen sleuths, some of whom appear in a 2013 documentary about the incident. Their claims? Cover-up.

This flight was Cairo-bound from New York in 1999 when it dropped into the ocean just 60 miles from the US. All 217 passengers perished; the official reason for the crash remains contested. The Egyptian Civil Aviation Authority pointed to a mechanical failure, while the US National Transportation and Safety Board pointed to pilot suicide. American investigators arrived at that conclusion because the officer at the controls was recorded repeatedly saying “I rely on God” in the moments before the crash. A colleague of the deceased pilot told the media he believed the crash was deliberate, in revenge for being censured by the airline for sexual misconduct.

Sixty-one people died in 1968 when this Irish flight from Cork to Heathrow plummeted from the sky. Initially, damage to the craft’s left tail hinted that either significant corrosion or a bird strike was the culprit. A smattering of eyewitnesses soon emerged, claiming a rogue British missile had struck the plane. As with any proper conspiracy, several juicy bits of evidence continue to fuel major fires, though the British government denies any wrongdoing. (Note: In an abdication of tradition, Aer Lingus still uses the 712 flight number. Hm.)

The Boeing 777 disappeared while on a routine run from Kuala Lumpur to Beijing in March of 2014. Tracked by air traffic controllers as it deviated from its mandated flight path, it blinked one final time while over the Andaman Sea and then vanished, taking all 227 passengers and 12 crew with it. The largest and most expansive (and expensive) multinational search effort in aviation history is still ongoing, though it bears little fruit. Last July, a piece of debris, confirmed to be a flaperon from the ill-fated craft, washed ashore on Reunion Island, a tiny French outpost between Madagascar and Australia. The remainder of the aircraft, all thousands and thousands of pieces, are still missing.

In 1956, a B-47 Stratojet loaded with two nuclear bombs and a crew of three American Air Force officers was over the Mediterranean Sea when it, essentially, evaporated. The United States military has lost other nukes before—they even have a name, "broken arrow," for such mishaps—though none so mysteriously. The B-47 was on a non-stop flight from MacDill Air Force Base in Florida to an overseas base, and two in-flight refuelings were scheduled along the route. The first was successfully completed. The crew in charge of the second waited indefinitely; the crew and plane were never seen again.

A hijacker who boarded a Boeing 727 in 1971 under the name “Dan Cooper” forced the craft to land in Seattle and received a ransom payment of $200,000 in cash in return for releasing all the passengers. Once the plane was cleared, “Cooper” ordered the pilot to throttle up and head to Mexico. Somewhere along the way, the hijacker commanded the pilot to fly low and went to the back, opened up a exit door and jumped out, parachute affixed. He was never seen again, leading investigators to conclude he didn’t survive the jump. Others close to the case posit he did live, and may even continue to enjoy his wealth to this day.