How to Shop For Your First Private Jet

Step one: The jet must match your lifestyle. That's important. 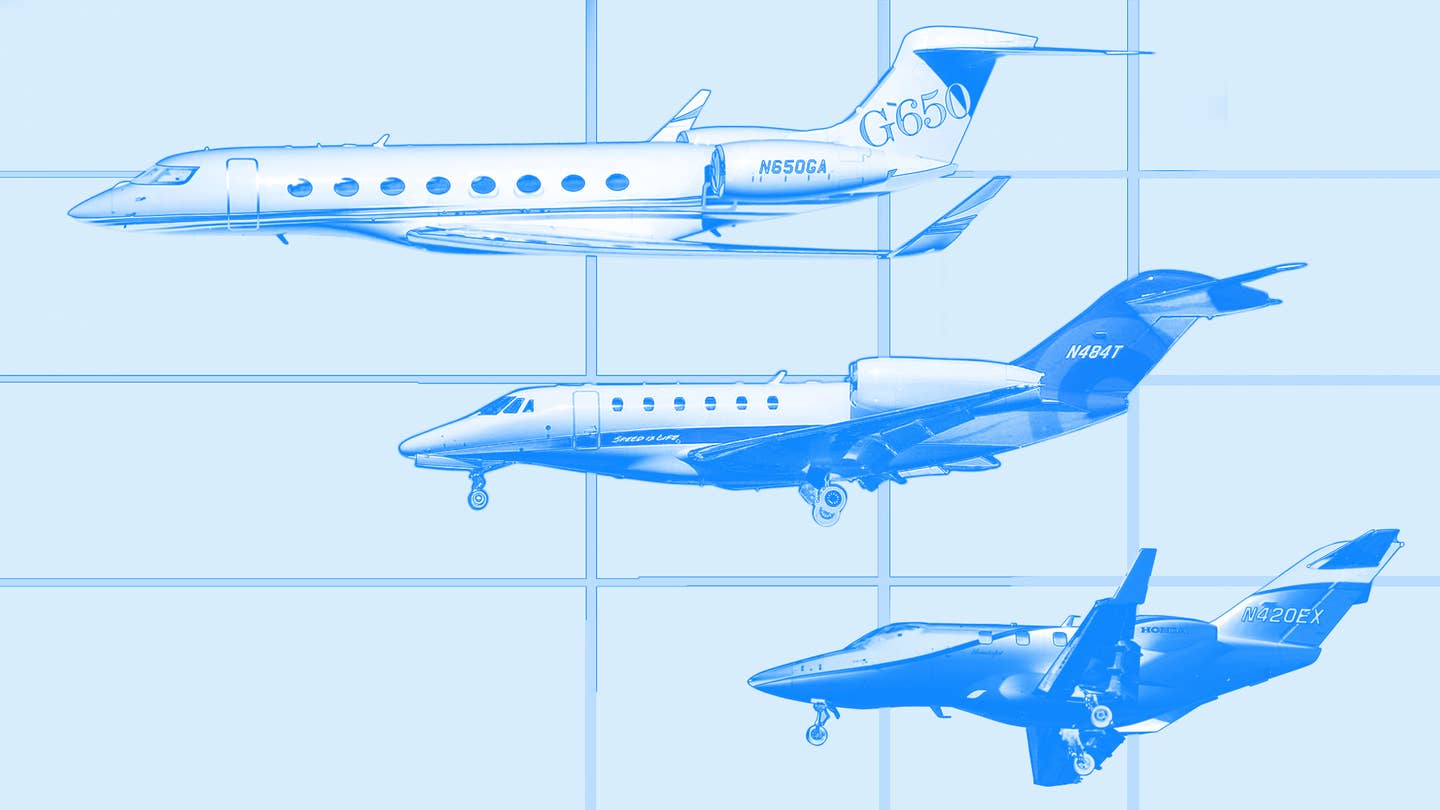 If you have the wherewithal to afford a jet, you probably know a thing or two. After all, you’re already rich. But let’s assume this is a subject to which you’ve given little thought beyond the determination to never fly commercial again. The first question you need to ask and answer is: How much jet do you need?

Generally speaking the private jet market is divided into three segments. Light jets like the HondaJet and Cessna Citation Mustang. Medium jets such as the Cessna Citation X which is both a bunch larger and a lot faster. And heavy jets that range from Gulfstream’s iconic G650 up through, well, converted airliners like Boeing 747s and Airbus A380s.

Don’t think of light jets as compromises. Because of their relatively small size they can sneak into and out of small airfields that larger planes can’t. If your ranch in Montana lacks a long runway, the HondaJet HA-420 will land in as little as 3,050 feet and take off in only 4,000. In contrast, a Gulfstream G650 needs almost 6,000 feet to take off. Plus, the HondaJet is quieter, which is less likely to piss off the neighboring ranchers, who tend to carry firearms.

What a light jet can’t do is carry a lot of people very far. A HondaJet in typical configuration can carry four passengers and, in a pinch, a fifth. So the entourage may have to drive. Plus, while the HondaJet’s 1,223-nautical mile range is impressive, it’s not enough to make it from, say, Santa Monica to Cannes. Light jets are great for what they are, but they may not match your lifestyle.

The Gulfstream G650 is one of the best-looking things ever created by humanity and the most prestigious consumer product made in the United States.

Here's a most compelling factor: At under $5 million, the HondaJet is affordable. Amirite?

The world of medium jets has a lot of bizjet hot rods. Take the Cessna Citation X. With a pair of Rolls-Royce AE3007C2 engines lashed to its hind end, the X will top out at Mach 0.935—more than 717 mph, depending on atmospheric conditions. And with a cruise speed over 600 mph and a range of 3,460 nautical miles, it makes transcontinental travel easy. Of course cabin configurations will vary, but they usually accommodate between eight and 12 passengers in a Citation—depending mostly on whether a bedroom is included.

Caveat emptor: A Citation X may be a "medium" jet, but it is actually pretty big. Nose-to-tail, it stretches out 73-feet, seven-inches long, which is almost twice the length of a Greyhound bus. Plus it has a 69-foot, three-inch wingspan. So if you're upgrading from, say, a CJ4, it’s not fitting in your hangar, much less your garage. Finally, the X needs a 5,250 foot—oh, let's just call it a mile—long runway for takeoff. That will be fine for most airports, but locks you out of the out-of-the-way locales.

Price? You had to ask: purchased new, a Cessna Citation X starts at $23.5 million. But bargain hunters on the pre-owned market might be able to find a deal at under $10 million. Shop wisely.

The G650 is big, fast and has long legs. It is also, frankly, one of the best-looking things ever created by humanity. And it’s likely the most prestigious consumer product made in the United States. The only civilian airplanes available that are bigger are converted airliners.

In 2013, the G650 had a list price of $65 million, and there was a three-year waiting list to get one. Many buyers were reportedly offering beyond $70 million to get to the front of the line. Go to Gulfstream’s web site and there is a used 2015 G650ER with 441 hours listed for a mere $68,950,000. Some buyers like to put such purchases on their Amex cards—Amex cards that are a color you’ve likely never seen.

If you decide to buy a new G650, keep in mind that the initial purchase price doesn’t buy you a finished plane. The G650s are assembled at Gulfstream’s Savannah, Georgia, facility and leave that plant as “green planes.” That means they have everything necessary to fly, but empty interiors, and their aluminum exteriors covered in a green protective coating. The green planes fly from Savannah to one of Gulfstream's completion facilities or independent contractors, where their interiors, entertainment systems, galleys, any additional communications or avionics systems the buyer desires are installed and the planes are painted.

But there are limits to what you can get in your new jet. Weight and maintaining the plane’s center of gravity is critical and everything has to be engineered to complement and exist within the aircraft’s flight characteristics. So heavy marble floors are out and that solid gold bidet may be a step too far.

Every pound of weight in the furniture, decorations and in-flight toys is another pound of weight the plane can’t haul as payload and passengers. And the weight needs to be centered over the wings, where the load is carried in flight. Screw up that center of gravity and the plane’s flight characteristics can be seriously wacky.

Gulfstream’s standard interiors designs are often a jumping off point for whatever the buyer wants and is willing to spend. And that’s something you’ll have to keep in mind too when ordering your new plane. The interior alone can run between $7 million and $10 million. And it can take more than a year to craft and install.

Sixteen years ago, I spoke with the late Robert E. Petersen, who started Petersen Publishing and was my boss when I started my career at Car Craft Magazine back in 1990. Mr. Petersen owned four jets, and at that time Petersen Aviation was one of the largest lease operations in Southern California. He was a smart guy about planes.

“I’ve always bought my planes used,” he told me. “Usually through brokers. I look for planes with low-time engines, less than 3500 hours, and as few landings as possible. Once I get the plane I’ll do a rag job on the interior. That is, we’ll change all the materials and surfaces inside the plane, but keep the essential layout. That’s about $100,000. Changing the layout is incredibly involved, takes up a lot of time, and isn’t cheap. We got one plane that was just a tube, and that was just too much work. And every aircraft I get is equipped with a TCAS warning system and a ground proximity warning radar. I wouldn’t fly without them.

“The airplanes rate very high for me, and it’s great to be able to share them with your friends and head off wherever you want on a whim. But they’re a business in and of themselves and have to be respected as such. And they’re nothing compared with good health.”