Supersonic Travel is Coming Back With a Boom

Three different companies are working on commercial jets that can break the sound barrier. 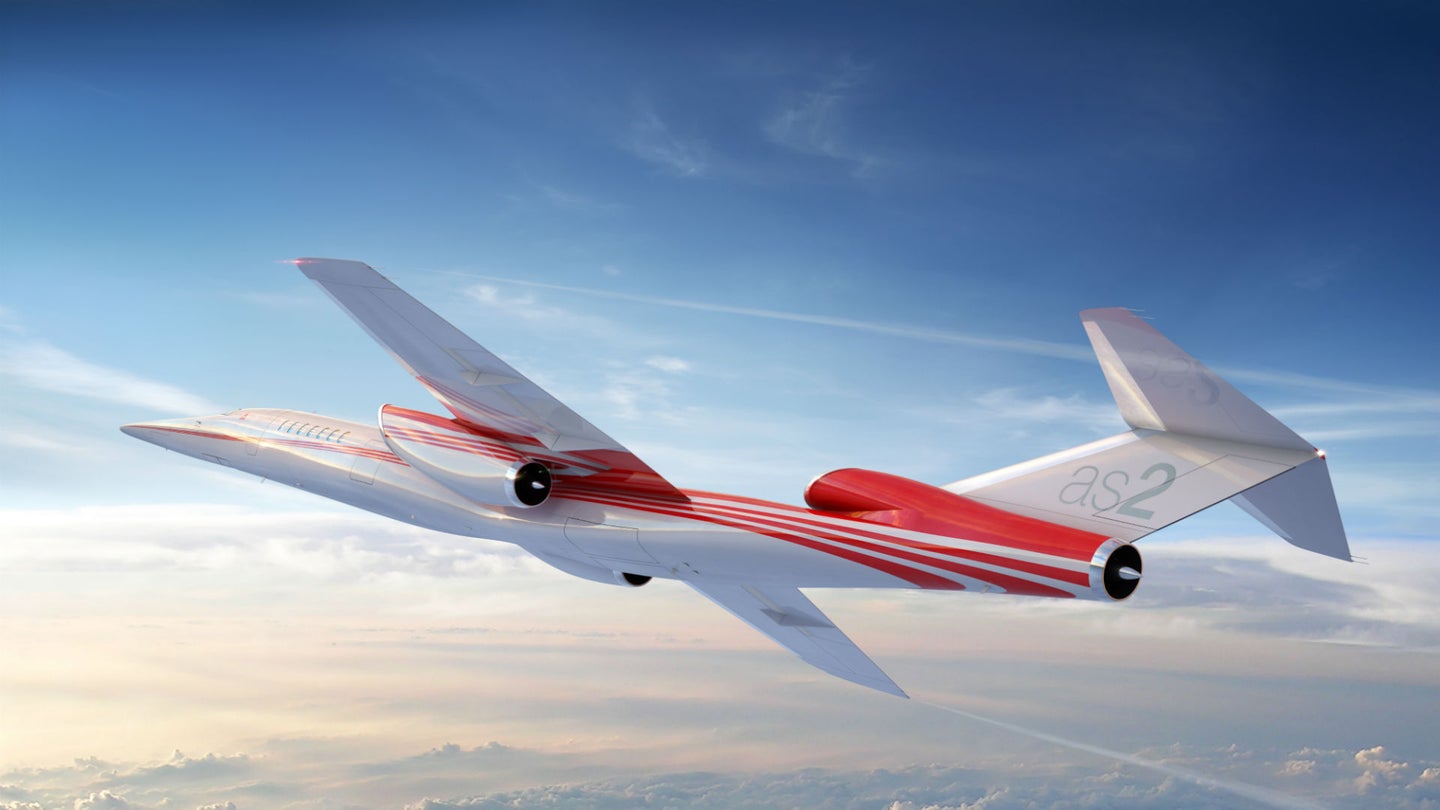 As noted in The Drive earlier this month, Lockheed Martin is now working with Aerion Corporation to develop a 12-passenger business jet that could fly at Mach 1.4—nearly twice the speed of most commercial airliners. The plane, dubbed the AS2, is expected to begin deliveries in 2025 at a reported cost of $120 million. Aerion announced that, with the right atmospheric conditions, it'll be able to fly at speeds approaching Mach 1.2 without a sonic boom reaching the ground.

The jet is in the vanguard of a rebirth in civilian supersonic travel with promises of speed up to Mach 2.2.

Mach is a measure of the speed of sound in air and it generally decreases with altitude. At sea level, the sound barrier (Mach 1) equates to 761 mph, but at 50,000 feet of elevation, it's 660 mph. Though military planes have broken the sound barrier since the late 1940s, civilian supersonic travel took a couple of decades to catch up. It was achieved from 1976 to 2003 by the Concorde, which topped out at Mach 2.04, and by the Soviet Union's similar-looking Tupolev TU-144, which flew from 1977 to 1983 and could reach Mach 2.15.

Earlier supersonic passenger planes failed because of cost and sound levels. They used more fuel and were much more expensive to operate than sub-sonic planes their size. Plus, the sonic boom they created breaking the sound barrier made them abrasively loud to operate over land, leading a ban on commercial flights hitting supersonic speeds over the continental U.S.

There are currently several business jets that can approach Mach 1, including Gulfstream's flagship G650ER, which hits Mach .925, and Cessna's Citation X+, the fastest business jet currently in production with a top speed of Mach .935. Most commercial airliners top out below Mach .9, including Boeing's 747-8, the largest commercial aircraft built in the U.S.

The return of viable supersonic flight is great news for business travelers. It'd make the journey from New York to London or Paris into a viable day trip, for example, and would facilitate business between Asia and North America by knocking more than a dozen hours off round-trip travel times.

If claimed speeds are accurate, the AS2 is actually the slowest of the three supersonic civilian planes currently under development.

The first of these likely to hit the market is from a start-up in Colorado. Denver-based Boom Technology aims to have a 55-seat commercial jet capable of hitting Mach 2.2 on the market in 2023. The $200 million jet has already garnered interest from airlines looking to boost their high-end offerings. Virgin Group signed an agreement to partner with Boom back in 2016, and Japan Airlines recently invested $10 million with the firm. Boom says its jet can travel between New York to London in 3 hours and 15 minutes—less than half the time a regular commercial airliner takes—and tickets will cost $2,500 each way. The company also claims its jet will be at least 30 times quieter than the Concorde when crossing the sound barrier, which might eventually see it approved for supersonic flight over the continental U.S.

Another company, Boston-based Spike Aerospace, is developing a business jet capable of holding up to 18 passengers at speeds up to Mach 1.6. The company states its S-512 Quiet Supersonic Jet will cost $100 million and offer patent-pending technology to make it quiet and non-disruptive to those on the ground.

Aerion, Boom, and Spike are new-ish companies, and it remains to be seen if all three of their planes come to market on time. But chances seem likely that in the not-too-distant future business people and the well-heeled will once again be able to slip the surly bonds of Earth with haste.