NASA, Honeywell Say They Have a Fix for the Biggest Problem with Sonic Booms

New developments could allow the planes to go supersonic over the United States without disturbing the masses. 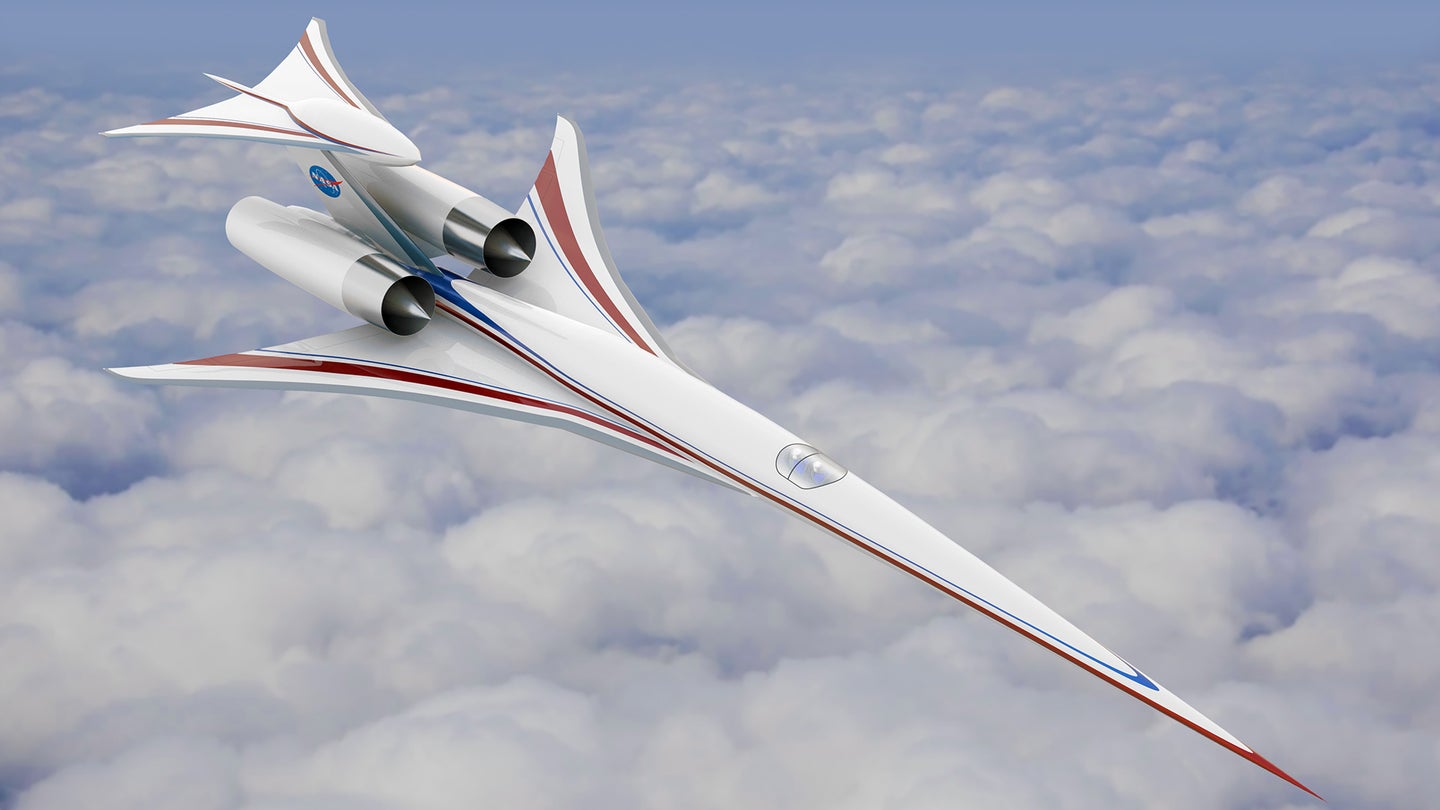 While supersonic commercial air travel has been feasible since the Sixties, the concept never really got off the ground, if you'll pardon the pun. There were plenty of reasons—astronomical fuel bills and a shift in the demands of the airline industry ranking high on the list—but if the dearth of Mach-plus airliners around today had to be narrowed down to a single factor, you could sum it up in two words: sonic booms. The cacophonous crack caused by a plane traveling faster than the speed of sound can be strong enough to break windows on the ground—a problem which led to supersonic commercial flights over U.S. soil being banned in the 1970s.

That might be about to change, however. NASA and Honeywell say they've developed a way to mitigate the impact of sonic booms, potentially clearing the way for supersonic passenger flights over American land.

NASA has been tackling the hardware side of the problem, working to develop new aircraft designs like the QueSST that can crack through the Mach barrier without scaring the bejeezus out of the people eight miles below. The aeronautical agency is working with Lockheed Martin to develop the plane; wind tunnel testing of scale models kicked off earlier this year. (You can watch a time-lapse of engineers building the scale model in the video at the bottom of the story.)

But even the wizardry of NASA and Lockheed likely won't be enough to banish sonic booms altogether. Honeywell's role, company president of mechanical systems Bob Smith told CNBC, is to provide a way for the pilot to see where and how severely their plane's sonic boom is hitting the earth below.

"It gives them a visualization of what of that sonic boom footprint effectively is," he said.

Honeywell and NASA spent two years developing what the two organizations describe as the "Cockpit Interactive Sonic Boom Display Avionics software," according to a press release. The display would offer predictive information about where the boom will land along the plane's flight path, giving pilots a chance to change course ahead of time so the sonic boom avoids populated areas—and potentially clearing the way to open up America's skies to supersonic air travel.

Just in time, too. Even if nothing comes of the NASA/Lockheed project, Richard Branson-backed Boom Technologies has also said it intends to have a Mach 2-capable passenger jet ready for production by the year 2020. One way or another, it seems likely that supersonic passenger planes will be returning to the skies in the near future.

This NASA Photo of a Supersonic Shockwave Is Gorgeous

You’re gonna want to ogle this one in high-res.