2018 was a wild year in terms of the intersection of mobility and technology. 2019 seems poised to be even wilder. 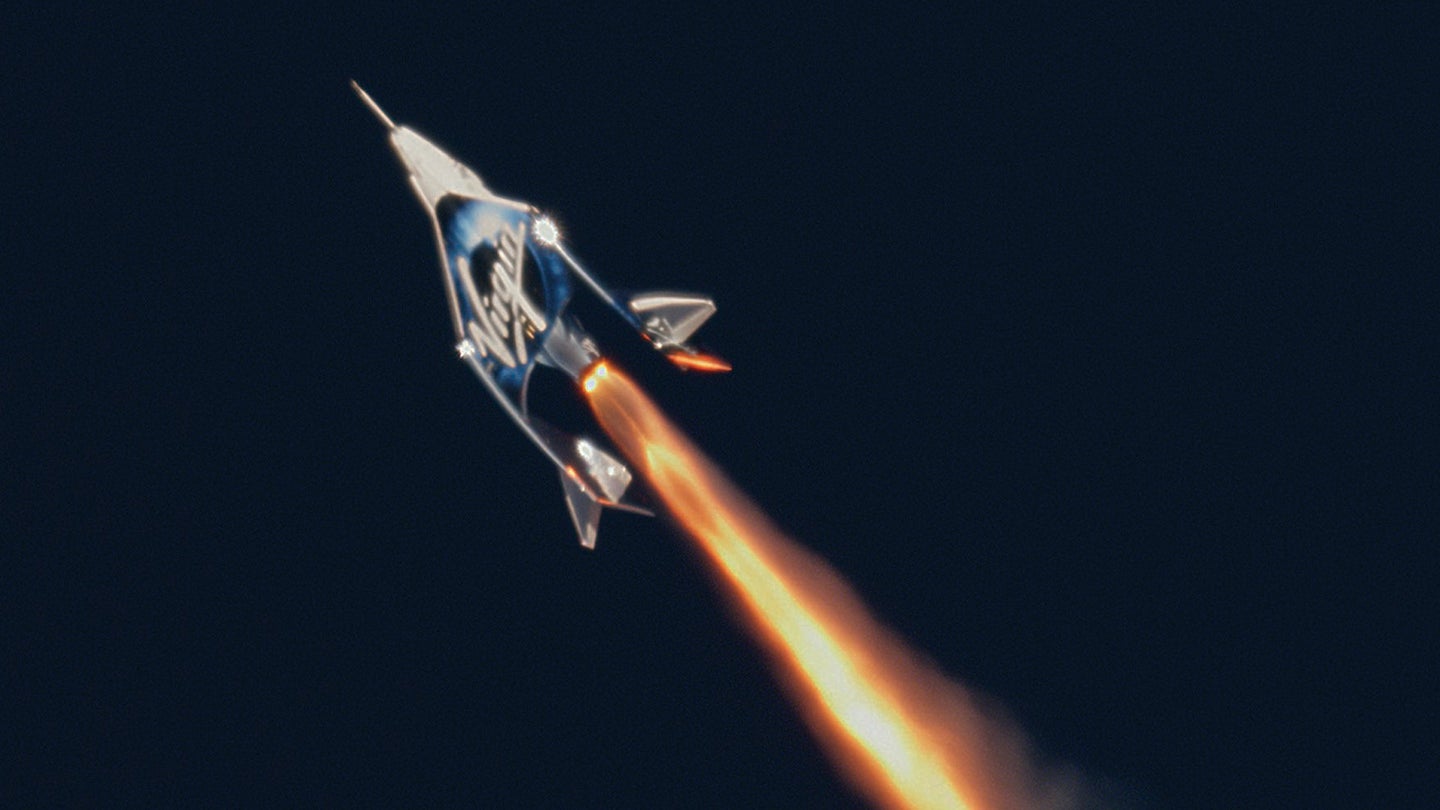 Predicting events in the world of transportation is a surprisingly dicey proposition. Though we tend to know, by and large, what programs are in development and what companies are behind them, there are often surprises—secret aerospace programs suddenly revealed, startling new tech debuted at auto shows, twists and turns in our progress toward "universal mobility" caused by electric scooters cluttering up street corners and autonomous vehicles muscling their way through complex intersections.

But one thing that’s always predictable in the transportation world: Delays. We might be told that such-and-such company will achieve a launch or and unveiling or a new capability only to see the projected date come and go.

So with all that in mind, what can we realistically expect in 2019? The level of excitement is actually pretty high right now. While most of us were perpetually distracted by political, economic, and social angsts in 2018, the transportation world had plenty of its own drama. The year was bookended by with the spectacular SpaceX Falcon Heavy launch in February, with its dual simultaneous booster landings at Cape Canaveral, and the successful Virgin Galactic suborbital space flight earlier this month—the first time a U.S. launcher sent astronauts to space in seven years. In between, we saw electric scooters become a thing, important new electric vehicles from Jaguar and Audi hit the streets, Uber’s fatal autonomous-vehicle accident in Tempe, Arizona, Ford’s announcement that it would dump almost all of its cars in favor of SUVs, and air taxi companies go from joke to potentially-serious proposition.

Here, then, is The Drive's guide to what we believe the world of transportation might give us in 2019.

After 14 years of effort, Virgin Galactic finally launched its suborbital spacecraft into space this month. That means the company attempting to provide brief tastes of spaceflight to paying tourists could actually fly the first of those would-be astronauts in 2019. It’s unlikely, because the program is still technically early in its test-flight program (at least in terms of the flights that actually reach space) but they just might secure enough confidence to launch those eager clients. If not, Amazon founder Jeff Bezos’s Blue Origin might beat them to it with its New Shepard launcher.

We’ve seen plenty of serious (and serious-ish) electric hypercars fired over the transom recently, including Tesla’s 250-mph Roadster, the Rimac C_Two, the Alieno Arcanum, the Dendrobium Automotive D-1, the Aspark Owl, and the Pininfarina PF0, among many others. Rimac and Tesla are the obvious front-runners in this crowd, and whether they—or any the rest—can move beyond the prototype stage in 2019 remains to be seen. But if we at least finally see some of them driven in anger on a track this year (especially in the hands of the media, cough cough), that will be a huge step forward for electric cars.

Paul Allen, who died this year, launched Stratolaunch in 2011 to make space access more affordable for companies launching satellites via a high-altitude launch scheme involving the largest aircraft ever built. Though it’s unlikely the company will actually launch a rocket 35,000 feet in 2019, we can certainly expect a first flight of the massive dual-fuselage aircraft. (Fun fact: The six-engine Stratolaunch Roc was designed by Scaled Composites, the same company that designed Virgin Galactic’s space launch system.)

Boom Supersonic is currently building its XB-1 demonstrator, a two-seat, one-third scale version of the $200 million Mach 2.2 airliner the company plans to launch for commercial service by 2025. That demonstrator—which is itself looks to be a pretty wicked ride—could see its first flight sometime in 2019. If successful, it will prove the company’s aerodynamics and engine technology sound, and validate its ability to fly economically and efficiently at supersonic speeds for actually useful durations.

The tech and automotive worlds will merge, even more definitively

Automakers have been busily setting up R&D centers in Silicon Valley over the last decade, but with startups beginning to encroach more aggressively on their turf via autonomy, ride-sharing, and connectivity ventures, that trend will become more clearly defined, industry analyst Brian Irwin of Accenture said. “Recognizing new competition, auto companies will increase their focus on ramping-up autonomous and electric vehicle production, while seeking partnerships with tech companies and start-ups to mitigate competitive pressures and be prepared for mobility,” Irwin saod. Furthermore, existing partnerships, such as Google and Volvo, Amazon and Audi, and Google and Renault-Nissan, will start to bear fruit.

The tech and military worlds will merge, even more definitively

According to military analysts at defense contractor Raytheon, the Department of Defense will finally embrace the Silicon Valley mentality when it comes to linking fighter jets to ground vehicles to weapons systems. “The Department of Defense will build combat systems like Silicon Valley builds software: Right now, your refrigerator can tell you to order more bread, but the world’s most advanced military is still challenged to connect its huge array of platforms and command centers. That’s just not sustainable,” said Raytheon modernization analyst Todd Probert in a statement. “Focusing on commercial-style software development is how we’ll be able to develop open, upgradeable, cyber-resilient systems quickly—in a matter of weeks or months for a new system, not years or decades.”

Want more from the intersection of military and technology? Check out The War Zone right here.

Electric aviation will take off

Electric airplanes already exist, but only as high-altitude research platforms or small, short-duration trainers for one or two passengers. But Zunum, Wright Electric, VoltAero, and Eviation are all planning first-flights of hybrid or fully-electric airplanes in 2019. These airplanes could revolutionize regional aviation with quieter and more efficient flight for anywhere from a handful to several dozen passengers. The battery tech that will truly enable practical, fully-electric flight is still a long way off, but short-hop flights and hybrid powertrains are within reach.

The arrival of the Mercedes-Benz EQC

Mercedes-Benz's own entry into the compact electric SUV/crossover market, hot on the heels of the Audi E-Tron and the Jaguar I-Pace, is due sometime in 2019, and it will be a very big deal. The 400-hp vehicle should get to 60 mph in less than five seconds. The new game for each new EV in this category will be to see if the companies can deliver the range and efficiency customers expect—which may, by extension, determine whether they’ll bounce off the lots or collect dust.

The first flight of the Boeing 777X

This new long-range airliner, a heavily modified variant of the esteemed Boeing Triple-Seven that will go by the names 777-8 and 777-9, will be the first airliner to have 11-foot folding wingtips, designed to allow it to fit into current airport gates without modification to the terminals. The airplane will use technology from the 787 Dreamliner, including that aircraft's cockpit technology, its huge windows, and more-comfortable cabin climate, and its new GE9X engines and advanced aerodynamics will help cut fuel consumption by up to 13 percent.

The Uber accident in Tempe proved a wake-up call for the industry—if in no other way than to billboard the public’s wary reaction to the nascent technology. As a result, the companies developing self-driving car tech—not just Uber itself, but Google’s Waymo, Aurora, Ford, Argo, and others—will likely be under much more intense scrutiny in 2019. This is especially true as their vehicles begin to proliferate into new regions and the whole effort gains greater public awareness. But they’ll also be constantly improving thanks to the millions of miles of on-road experience they’ll be racking up, due to the deployment of machine learning and artificial intelligence. There are still many bridges to cross—all the “edge cases” that will challenge autonomous systems (snowy roads, erratic driver behavior), interaction and communication with other vehicles and pedestrians, sketchy public perception of what the tech means—but there’s no doubt the efforts, if not the technology itself, are starting to mature. Even though Congress failed to pass a bill this year outlining where and how self-driving cars can operate—meaning the technology's development will remain a state-level, case-by-case endeavor—the race will only accelerate in 2019.

Air-taxis will get (closer to being) real

The air taxi effort could see a big push into real-world hardware in 2019. In 2018, the young industry consolidated itself into front runners and technology specialists, and we expect to see multiple electric vertical takeoff and landing (e-VTOL) aircraft begin flying in prototype form in pursuit of that air taxi gold. Joby Aviation and Lilium already have flying demonstrators, and others will surely join them—though mostly in the form of slow laps around airports rather than flights that simulate actual air taxi transits.

Ford caused a stir in 2018 when it announced it would phase out sedans in favor of crossovers and SUVs, while GM said it will reduce its overall portfolio to free up resources for crossovers and electric cars and autonomy efforts. Industry analyst Brian Irwin at Accenture sees that trend continuing in 2019, with more automakers emulating those leads but also aping another newer industry leader. “Tesla and other leading automakers have shown that companies can be successful marketing only a handful of models,” Irwin said in a statement. “The cost of re-engineering and electrifying a full portfolio line will become cost-prohibitive, especially since most have already spent heavily on re-organizations and digitization.” With car sales seemingly likely to cool over the next few years, it could be a messy year for automakers not similarly light on their feet.

For Bell Helicopter, the Future of Flight Lies in Air Taxis Anyone Can Fly

Airborne autonomy is still decades away, so here’s how Bell plans to help Joe Air-Taxi Pilot fly safely—no matter how much training he’s had.

Supersonic Travel is Coming Back With a Boom

Three different companies are working on commercial jets that can break the sound barrier.