It wants to have the aircraft ready by 2022. 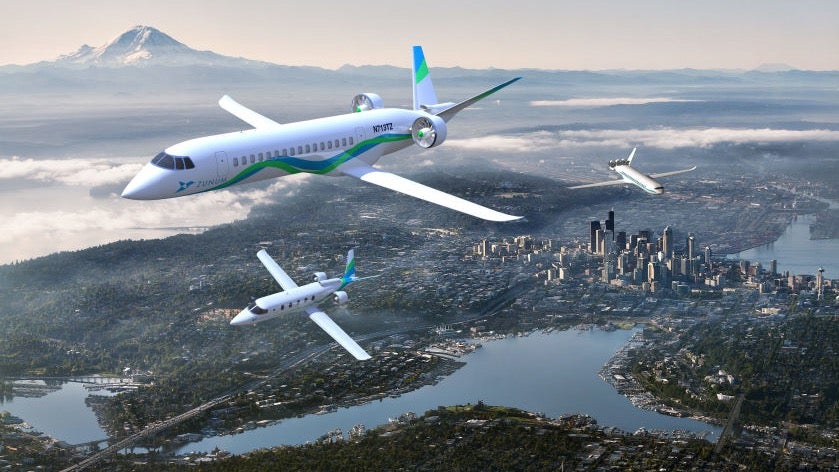 Hybrid powertrains aren't just for cars: Zunum Aero, a startup backed by the finance arms of Boeing and Jet Blue, wants to launch a small hybrid jet in 2022.

The weight of batteries and the amount of energy required to keep a plane flying mean an all-electric setup was out of the question. So Zunum's aircraft will use a combination of batteries and a fossil-fuel range extender, a bit like a flying Karma Revero.

The jets won't be suitable for long-haul flights, either. Zunum hopes to achieve a 700-mile range by 2022, and a 1,000-mile range by 2030. That will limit its aircraft to short, regional flights. But that's exactly the market Zunum believes will benefit most from electrified airplanes.

Electric power will allow airlines to operate smaller aircraft more economically, according to Zunum. The company's jet only seats 12, but it can operate out of smaller airports and at greater frequencies than larger aircraft. An anticipated noise reduction should also help get the planes into small airports in more rural areas.

On its website, Zunum lists alternative routes based on this model. Instead of flying from New York's John F. Kennedy airport to Boston's Logan, for example, Zunum proposes flying from Republic Airport on Long Island to Hanscom Field, located just outside Boston. This would reduce the average fare from $180 to $70, Zunum claims.

Smaller airports can make flying a lot easier, and electrification could help make a dent in airline emissions, but Zunum's success isn't guaranteed. The company faces a conservative regulatory and business establishment, not to mention passengers who may be nervous about flying in small planes. Still, to have a truly significant impact on carbon emissions, all forms of transportation must be part of the plan.