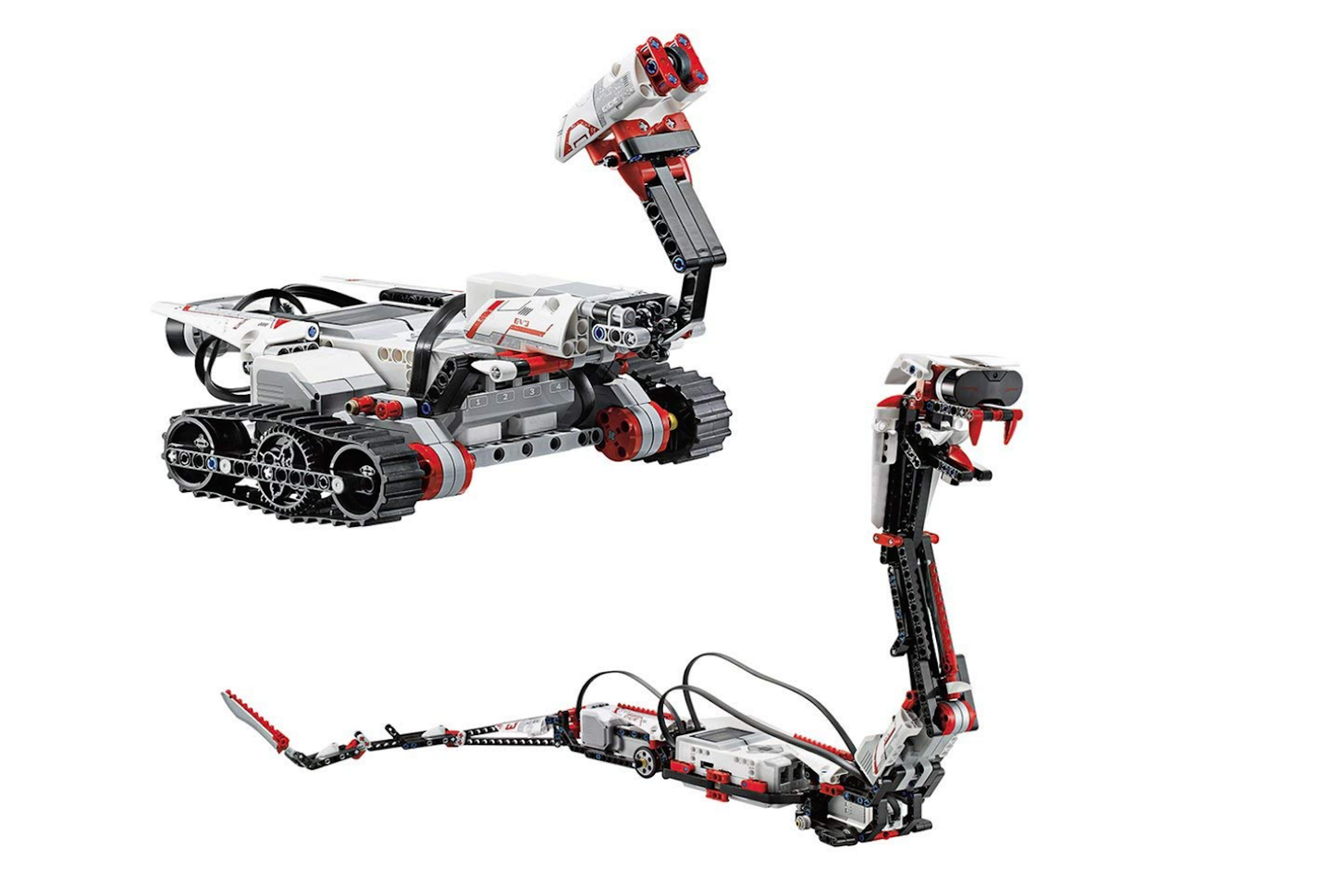 When people find out that I cover self-driving cars, they are almost always super curious to learn more about the subject but often don't even know what to ask me about them. I bump into this challenge again and again: the level of public anticipation and excitement around self-driving cars is incredibly high, but the immense complexity of the technology itself makes it extremely daunting for a broad audience.

The good news is that there are a million different ways to approach the subject. After all, autonomous vehicles aren't just insanely sophisticated robots, they're also a reinvention of one of the most fundamental building blocks of modern life. That means understanding autonomous cars requires some knowledge of countless topics, ranging from machine learning and computer vision to functional safety and regulatory paradigms, and from robotics and sensor technology to urban development and traffic engineering. And even these technical skill sets need to be fused with subjects like ethics, human psychology, law, sociology, economics and much more.

In short, getting interested in self-driving cars requires you to buy into that old PBS kids programming chestnut: learning can be fun!  Accordingly, I've put together this last-minute gift guide that will foster the spirit of learning required to keep up with this dynamic, fast-moving space. Some of these gifts are perfect for the committed and experienced AV nerd in your life, while others are aimed at fostering an early interest in a subject that will continue to evolve throughout our lifetimes. And of course, some are just fun ways to learn and think a little bit more about one of the most important technological developments of the 21st Century.

Autonomous cars are really just super-sophisticated robots, and there are few better ways for kids to explore the world of robotics than with the Lego Mindstorms EV3 robot kit. The kit comes with 601 pieces, including an EV3 smart brick that forms the heart of the robot, 3 servo motors, and infrared sensors. Connect any smartphone or tablet to the EV3 and you can program your own robot using an available free app. Best of all, because it's a Lego product once you're comfortable programming one of the five robots that you can build with this kit, you can integrate the smart components into anything you've built out of Lego. Not only does this open a whole world of creative robotic tinkering limited only by your imagination, but the system can also even be programmed using a variety of languages like Python, Swift, Java and more so the learning never ends. Recommended for ages 10 and up.

Lawrence Burns is one of the few people who has seen both the auto industry and the world of autonomous vehicle technology up-close, and as such his book "Autonomy" is a fantastic introduction to the subject. Starting with a history of the DARPA Grand Challenges and Urban Challenge that kicked off the technological revolution we see in self-driving cars today, Burns takes the reader through the development of the space and introduces some of its biggest characters. From General Motors to Google, Burns's first-hand experience brings the convergence between the auto industry and the high-tech sector to life and lays out a hopeful vision for how autonomous technology might shape the future of mobility and society.

3. The Glass Cage: How Our Computers Are Changing Us

Autonomous vehicle technology is so exciting and promising, that it's easy to just focus on the technology itself. But as Nicholas Carr demonstrates in The Glass Cage, it's every bit as important to understand how we as humans respond to and interact with automation more broadly. As alluring as automation is, Carr points out that its benefits are often outweighed by a loss of skills, jobs and even our connection with the meaning we find in everyday life. The Glass Cage, whose title references the high-tech Airbus cockpit that seems to have actually eroded pilot skills, takes an unflinching look at the unintended consequences of automation technologies that too often are celebrated unquestioningly. Whether you're interested in driver assist systems, fully autonomous cars, or any form of automation technology, Carr's book will help you get past the hype and get you thinking about these technologies more deeply than you ever have before.

4. Traffic: Why We Drive the Way We Do (and What It Says About Us)

Sometimes the best way to learn about a subject, even one as complex as self-driving cars, is to zoom out and look at the broader context. All vehicles, whether autonomous or not, are players within a broader system of roads and infrastructure that is the topic of Tom Vanderbilt's excellent "Traffic." Though first published in 2009, "Traffic" is more relevant than ever as automated driving new mobility technologies draw increasing focus to the under-examined subject of driving, traffic, and mobility infrastructure. Packed with "Freakonomics"-style counter-intuitive lessons (did you know that road signage has been shown to actually make traffic less safe?) about something you probably do every day, "Traffic" will influence your daily commute as much as it will your thinking about autonomous vehicles and the future of mobility.

Anyone who wants to start playing around with deep learning for autonomous vehicles will want a DeepRacer, which AWS has launched as a way to introduce developers to its cloud-based machine learning tools. Use AWS's cloud-based simulator and other development tools to start creating and training your own reinforcement learning models, honing your own self-driving system through testing and iteration. Then download your model to your own 1/18th scale car and get it racing autonomously around any physical track you want, taking on friends and neighbors in your own autonomous track day. You can even submit your model to an online DeepRacer league and compete virtually with fellow AV nerds around the world.

DeepRacer is currently only available for pre-order, with delivery scheduled for March 6, 2019. That means you won't actually have a turnkey autonomous drive development program under the tree this year, but anyone who wants this kit will be happy to wait. Basic Python programming skills and some background in reinforcement learning are recommended.

Want to dip a toe into the technologies that enable self-driving cars but not ready to get straight into autonomy? AWS's DeepLens will help you master the technology powering the perception layer of self-driving car systems. A 1080p connected video camera with 16 GB of expandable memory, DeepLens can run pre-trained models from Amazon SageMaker that perform a range of classical image and activity detection and classification tasks. It also plugs directly into AWS's infrastructure and suite of tools, allowing you to create and train your own deep learning models using frameworks like TensorFlow and Caffe or program the camera itself using AWS Lambda.

Not ready to program your own autonomous devices, but still want to learn something about the self-driving future? The Roomba 690, the latest version of the original home robotics device, will clean your floors while demonstrating a key insight that will shape the rollout of autonomous vehicles. Though we tend to think of self-driving cars replacing everything on the road, the most successful early deployments of autonomous technology will actually take on the jobs people just don't want to do (like cleaning floors or moving freight) in relatively safe, well-bounded domains (like your own home or ports and warehouses). Tell your friends and family that "the question is not when autonomous vehicles arrive, but where they arrive" with a knowing smile, as you admire your new robotic helper and your sparklingly clean floors.

It's not the latest word in open-world games anymore, but Grand Theft Auto 5 is still a popular playground for self-driving car enthusiasts, amateur developers, and even serious academic researchers. The game's publisher has clamped down on some of the higher-profile uses of GTA 5 as a self-driving car training simulator, but there are still tons of ways to build, develop and run self-driving car software in the game. Plus, sometimes you need to just take a break from developing the future of transportation and just run around Los Santos blowing off steam.

As autonomous vehicles and other disruptive forms of mobility technology take hold, our cities built for traditional cars will have to change as well. Though there isn't yet a city-builder game that models these new technologies, they will start you thinking about managing transportation on a city level. Alex Roy may talk constantly about Sim City on The Autonocast, but Cities Skylines is the more modern title—it even features a version of Twitter to tell you what's happening in your growing metropolis. More importantly, failing to take transportation into account is one of the easiest ways to make a mess of your virtual city in it (ask me how I know!).

After decades of imagination and anticipation, self-driving cars are finally becoming a reality. Celebrate the long road the technology has had to travel, as well as the journey toward maturity that still lies ahead, with this canvas print of a 1950s family relaxing with a board game while their futuristic car drives them into a bold future. Taken from a 1957 advertisement from America's Independent Electric Light and Power Companies, promising that "one day your car may speed along an electric super-highway," this vision of a future that is finally coming into being is the perfect addition to your favorite self-driving car nerd's office or bedroom.