How Much New-Tech Transportation Death Will We Tolerate?

Will we be able to stomach the carnage that will surely come with air taxis, rockets, and self-driving cars? 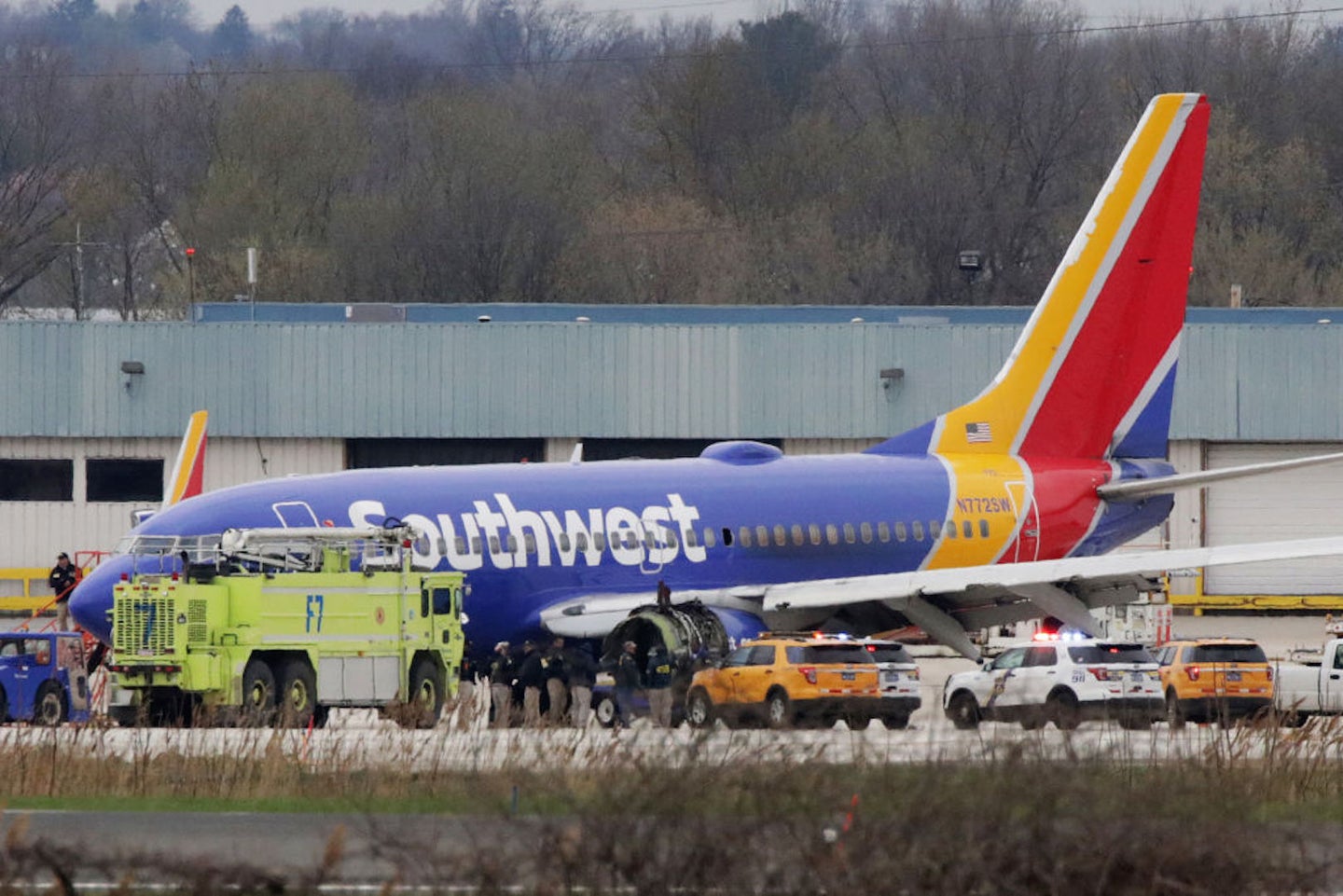 Our progress as a technological society has always marched in lockstep with our failures. This has been particularly true in the realm of moving vehicles—airplanes, automobiles, spaceships, regular ships. The Titanic disaster spurred increased attention to lifeboat complements. A string of fatal crashes in the 1950s involving the de Havilland Comet—the first commercial jet airliner—launched modern accident investigation methodologies that of course led to countless safety innovations. Decades of nasty wrecks on public roads (and race tracks) led to seat belts, crumple zones, and air bags.

Along the way, we’ve always known that people die in moving vehicles. The forces of physics are undeniable; risk is built into speed. So it should stand to reason that this will remain true in the future, as technology advances through everything from self-driving cars to new generations of supersonic business jets to electric air taxis to even commercial space travel. All of these new modes of travel will pose risks of their own, even if they incorporate the latest safety technology and are even themselves intended primarily as safety innovations, as is the case with autonomous cars.

That may be true, but we’re in a decidedly new era now. These are no longer the swaggering salad days of NASA, for instance, when the tragic loss of three astronauts during the launch-pad fire of Apollo 1 gave the nation pause, but didn’t sway its steely resolve to reach the Moon. Today, there’s not much “steely resolve” in the public’s support of either space-tourism or even autonomous driving. Nor are we even in the age of Challenger and Columbia, when tragedy in the Space Shuttle program gave way more to grief than raw outrage. In both of these tragedies, the investigations revealed causes that would today spark televised fits of apoplectic fury among the talking heads. When the Challenger exploded in January 1986, the public response was tempered by the overarching faith in the corrective capabilities of the system—the investigations, the inquests, and the judgement. It’s the same faith that keeps us flying in commercial airlines even in the wake of massive air disasters, and, at least in part, the same one that keeps us driving even when someone we know personally dies in an accident. The risk is still there, but we’ve still come an awfully long way.

In the new era—one exacerbated by social media, a frantic 24-hour news cycle, and a ubiquity of cameras that gives every tragedy a lurid you-are-there vibe—the highest conceivable safety performance is, in fact, the expected standard, no matter what stage of development or operation the vehicle occupies.

The safety baseline may be higher, but so is what we’re asking of the systems in the first place. Radical new materials, extravagant product lifespans required by sheer economics, and daring capabilities unseen in transportation all still offer potential pain-points in our progress, and each could now bump up against much stronger headwinds than ever before in the court of public opinion.

Take a look at three recent single-death incidents: the April 17 Southwest Airlines accident, in which an engine failure sent debris into the cabin, killing a passenger; the notorious March 18 Uber autonomous-car accident in Arizona, in which a pedestrian was killed; and, slightly farther back in recent history, the October 31, 2014, crash of a Virgin Galactic space tourism rocket that killed a test pilot. Three accidents; three deaths. None counted as major disasters, but all brought the public, and in the latter two cases, the companies—and, in fact, their respective nascent industries—to a screeching halt. Even the Southwest accident was still uniquely telling in its own way, as it was the first fatality on board a U.S.-based air carrier in a decade. It caused a precipitous, immediate drop in Southwest Airlines bookings, to the tune of between $50 million and $100 million in lost ticket sales.

Public expectations of transportation safety are now incredibly high, which makes perfect sense: that’s all we hear about. Volvo has very publicly pledged to eliminate all deaths in its vehicles by 2020, banking on advanced driver assistance systems (ADAS) and semi-autonomous functionality to make it happen, while Boeing reported last year in its annual statistical summary of global commercial airline accidents that there are now 10 aircraft models that have never seen a fatality, including Boeing’s 717, 787, and 747-8 and Airbus’s A380, A350, A340, and A320 NEO. When a single passenger dies in an accident—whether in routine airline service or in testing of an advanced new way of driving—that now draws scrutiny and public reaction. This is true even if the death is in development of a system that can radically reduce the number of fatalities, as with Uber’s autonomous drive system. Hence the recent AAA study that found that the percentage of Americans who say they’re afraid to ride in an autonomous vehicle has jumped from 63 percent to 73 percent since December—the period, of course, that included Uber’s accident.

Will There Be a Tech Bodycount Backlash?

So what will likely be the public reaction in the future when disaster inevitably strikes the new modes of transport being aggressively touted from every corner? Once Virgin Galactic, Jeff Bezos-created Blue Origin, or SpaceX starts launching celebrity customers into space, the countdown clock will start ticking toward tragedy. Once an autonomous UberAIR electric air taxi breaks apart over San Francisco Bay, the chronically embattled company will face even more of the withering lambasting it received when its autonomous car mowed down Elaine Herzberg in Tempe. Same goes for the first supersonic business jet, and even the most minor fender-benders that occur when self-driving cars becoming disoriented in the snow.

On the one hand, we could just as easily see a return to a broader acceptance of risk. After all, the three reactions cited reflect change—to either new technologies or long-established patterns. Once the miles rack up, public reaction to fatal accidents might stabilize.

“The question is how elastic is the public’s memory,” notes Marco Cáceres, a 30-year veteran spaceflight analyst with the Teal Group, who has tracked closely the progress of space travel startups as well as the veterans. “Will they remember a tragedy from a year ago or two years ago that would discourage them from embracing new technologies? My educated guess: The public has a relatively short memory when it comes to commercial ventures, and an even shorter memory when it comes to things sponsored by the government.”

Everyone above a certain age still remembers where they were when the Challenger exploded, he continues, but that was a uniquely national event. Much of what we’re dealing with now has more isolated impact, even if they still make the news and generate considerable hand-wringing. “If Virgin Galactic and SpaceX manage a string of successes with human flight, people will slowly develop confidence in these systems,” Cáceres says. “But people will also need to see the practical benefits of the flights, and so far the leaders haven’t done a good job of showing us how this is going to do anything for more than a few wealthy adventure seekers.”

There Will Be (Some) Blood

While the early days of aviation, steam ships, and railroads saw thousands of people dying, those were true pioneers, and the same tolerance may not apply in new endeavors today, as grand and ambitious as they appear to be. “Space tourism isn’t something that will attract the mainstream public,” Cáceres adds, noting that the lack of emotional investment in the cause on the part of the public may hurt it when things go wrong. “I’m sure SpaceX will have more explosions, and if Virgin Galactic stays in it for the long run, there will be other accidents. We’re dealing with rocket engines, after all.”

As for the challenges facing autonomy and even the likes of UberAIR, the challenges will be similar. “I’m very concerned about how the public’s reaction to these inevitable failure is going to sap their already quite low enthusiasm for self-driving cars and related technologies,” notes Azim Shariff, an associate professor of psychology and social behavior at the University of California, Irvine. He notes somewhat warily that even in the best-case scenario, there will still be fatalities. He cites a RAND Corporation study on how many lives could be saved by autonomous vehicles, with cars that are just 10 percent better at eliminating accidents than human drivers still generating 3,000 fatalities each year—this in cars with autonomous technology. Even if you had cars that were 90 percent better, that will still come out to 350 fatalities each year in autonomous cars. “Among those is going to be a car killing kids, pregnant mothers, a bus full of 12-year-old soccer players, etc,” Shariff says. “People are going to need to tolerate these types of fatalities without consumers abandoning the industry, or politicians and judges killing it with overly punitive regulation and liability judgments. It’s a tall ask.”

What will help reign in the knee-jerk reactions to transportation deaths? Space travel advocates will have to work on putting “meat on the bones”—as Cáceres says—to address the practical benefits to the non-wealth elites, especially in the realm of spinoff or trickle-down technology. With the more earthly pursuits, in addition to linking the technologies ever more aggressively to our own safety—or even less urgent benefits like time and cost savings—Shariff says that being transparent about how the technology does what it does, even down to the comparing the generally distrusted algorithms to the generally worse human alternative behaviors and capabilities, will be key. He says researchers are now working on psychological studies to test methods that might increase people’s comfort with and acceptance of riding in autonomous vehicles.

“So far, however, we’ve only detected the somewhat irrationally higher required safety thresholds that people demand from those systems,” he notes.