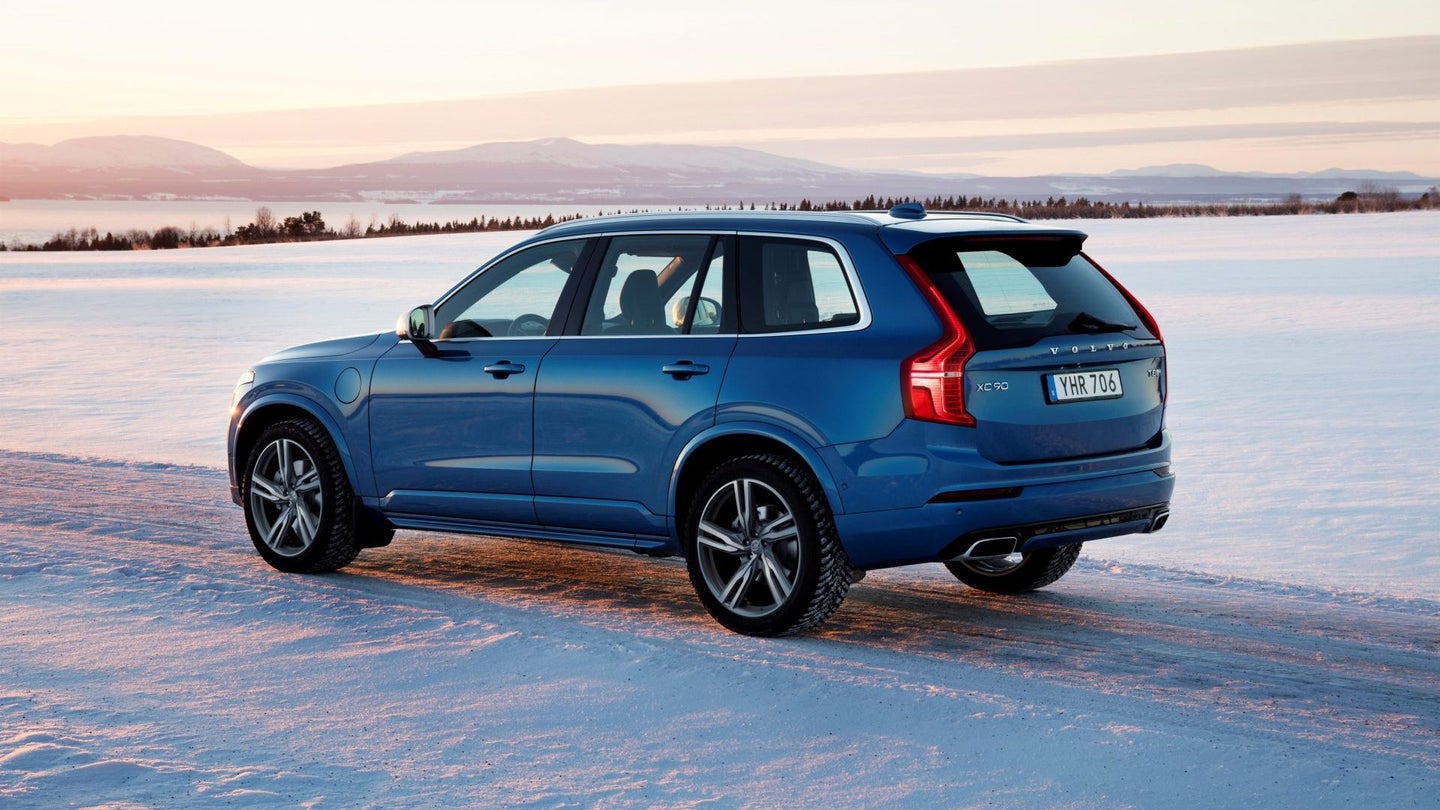 Since the Volvo XC90's introduction to the United Kingdom in 2002, its occupants have never been the victim of a fatal accident. This is according to The Telegraph, which cites a report by Thatcham Research, a non-profit institute that gathers and analyzes statistics for the country's auto insurance industry. The firm recently crowned the Volvo XC90 the safest vehicle it has ever tested, citing both the above statistic, and its automated emergency braking systems.

The Volvo XC90 was among the first wave of mass-market vehicles to feature the technology, which is now being standardized by global automakers. Automated emergency braking systems are believed by Thatcham to be capable of reducing crash-related fatalities by 1,100 in the next decade alone in Great Britain, and prevent over 122,000 other injuries sustained in less serious collisions. Crash counts were projected to drop by as much as 38 percent in the firm's model.

Volvo has sold over 50,000 XC90 SUVs since its U.K. launch, though Volvo's U.K. arm has not responded to The Drive's request for exact sales figures.

While the current XC90 impressed The Drive back in 2015, its smaller XC60 cousin has drawn more attention in recent memory. The XC60 was named "Safest Car of 2017" by Euro NCAP, and its rollover crash test left the crossover looking drivable. In our review, we found it equally so.

The Swedish carmaker is not just bent on saving its customers, either—it announced a gradual conversion to all-electric vehicles, come 2020. Its Polestar electric premium marque will, presumably, dictate the direction in which Volvo treks into an electric future.

The internet’s favorite song in one of the most malaise cars.

Scandinavian design, advanced safety tech, and a whole lot of hygge make this one sedan to beat.