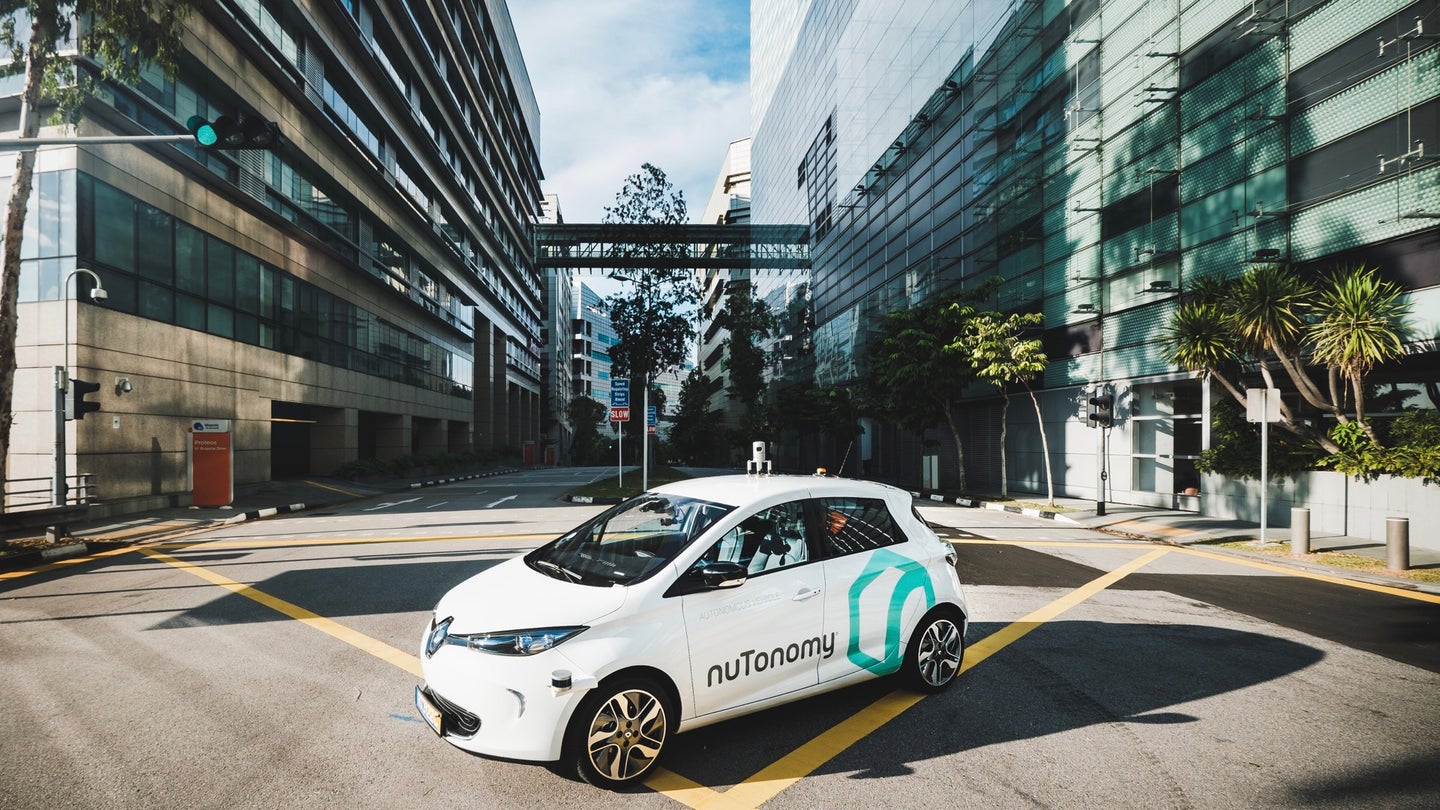 Autonomous driving startup NuTonomy has temporarily halted its Boston self-driving car pilot in the wake of a fatal accident involving an Uber self-driving car in Arizona, reports the Boston Herald.

"We are working with City of Boston officials to ensure that our automated vehicle pilots continue to adhere to high standards of safety," a NuTonomy statement said. "We have complied with the City of Boston's request to temporarily halt autonomous vehicle testing on public roads."

NuTonomy, which is owned by Aptiv (the former automotive supplier Delphi), began testing self-driving cars in Boston last year, but only in a small part of the city's Seaport district. It began giving rides to members of the public later in the year, and Lyft joined the program in December, allowing riders to hail a self-driving car using its app. In addition to the Boston pilot, NuTonomy operates a pilot autonomous taxi service in Singapore.

Karl Iagnemma, NuTonomy's CEO, told the Boston Herald that the response to the Uber self-driving car accident, in which a woman was struck by a car while crossing the street, resulting in fatal injuries, will be crucial to the future of the technology.

"The reality is we may work very hard as technology developers and end up with a technology members of the public are uncomfortable with," Iagnemma said. "If that's the outcome, then we have failed as an industry, so we have to think very carefully about how we develop, test, and deploy the technology."

In addition to NuTonomy, Toyota announced on Tuesday that it would suspend U.S. autonomous-car testing as a result of the Uber accident. Uber itself has suspended all testing, which the company has said is standard procedure in this situation. A Hyundai executive said the Korean automaker would exercise more caution with self-driving cars, but did not confirm any changes to testing plans.