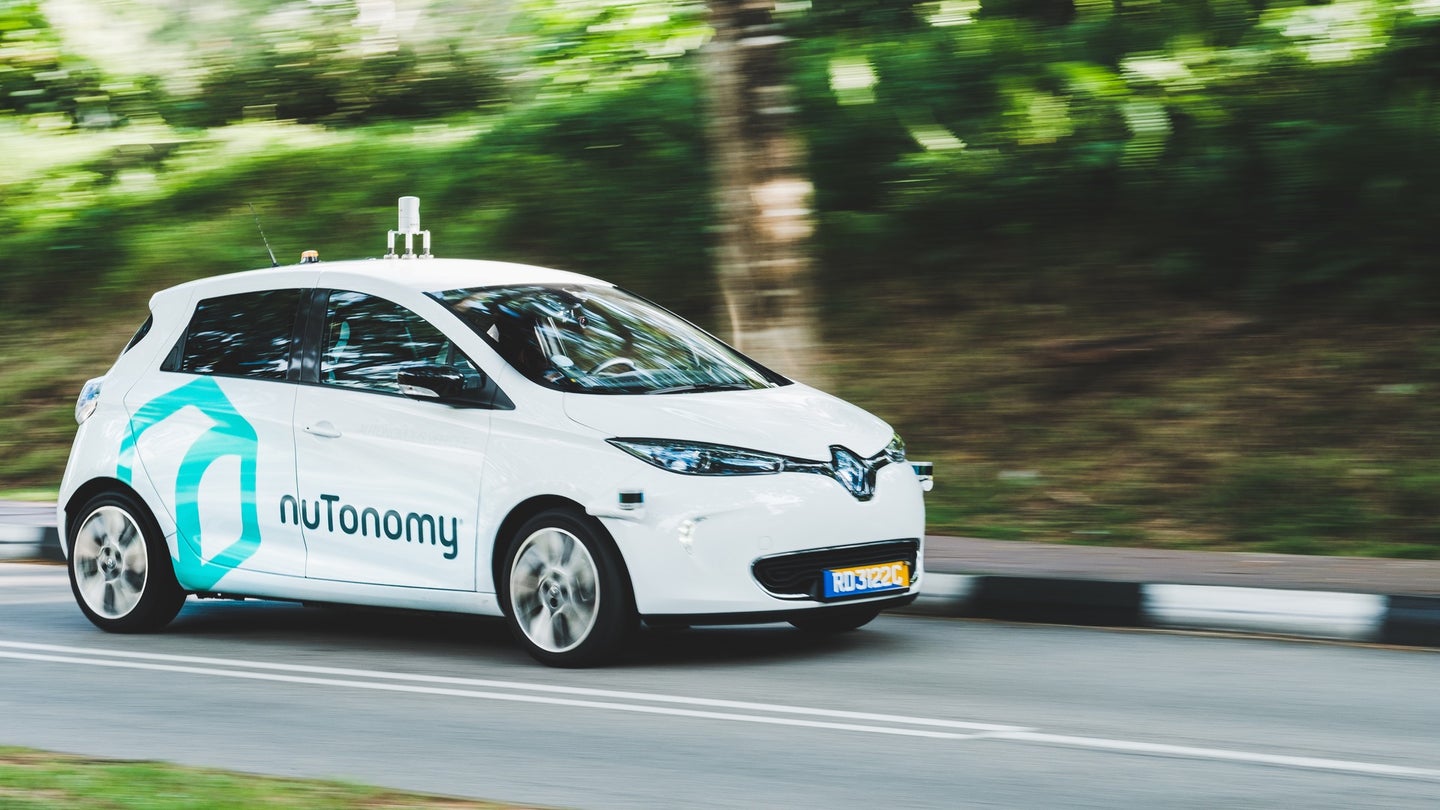 NuTonomy already operates a pilot autonomous-taxi service in Singapore, and began giving members of the Boston public rides in self-driving cars shortly before the launch of the Lyft pilot. The company, which was bought by Delphi in October (before Delphi changed its name to Aptiv), still wants more feedback about its self-driving cars, and wants more people to experience them.

Lyft, meanwhile, will get some experience integrating self-driving cars with its ride-hailing app. The company wants to give a billion rides per year in autonomous electric cars by 2025, so it had better get cracking on that.

In addition to the Boston ride-sharing pilot, Lyft is planning a similar program in San Francisco with another autonomous-driving startup, Drive.ai. Lyft is now certified to test self-driving cars on public roads in California, and is establishing a research and development center in Silicon Valley. It's also partnering with Waymo and Ford on other aspects of self-driving car development.

The Lyft and NuTonomy pilot program in Boston should help the two companies work out some of the kinks of a ride-sharing service based around self-driving cars, as well as give more people who aren't engineers and computer programs an opportunity to ride in autonomous vehicles. It's an attempt to make a grand economic vision reality.

Automakers and tech companies expect the coupling of self-driving cars and ride sharing to make them a lot of money. Ride sharing is the main reason why Intel believes self-driving cars will be a $7 trillion business by 2050. The ability to draw revenue from a car throughout its lifespan is also a major motivating force behind General Motors' plans to launch an autonomous ride-sharing service in 2019.