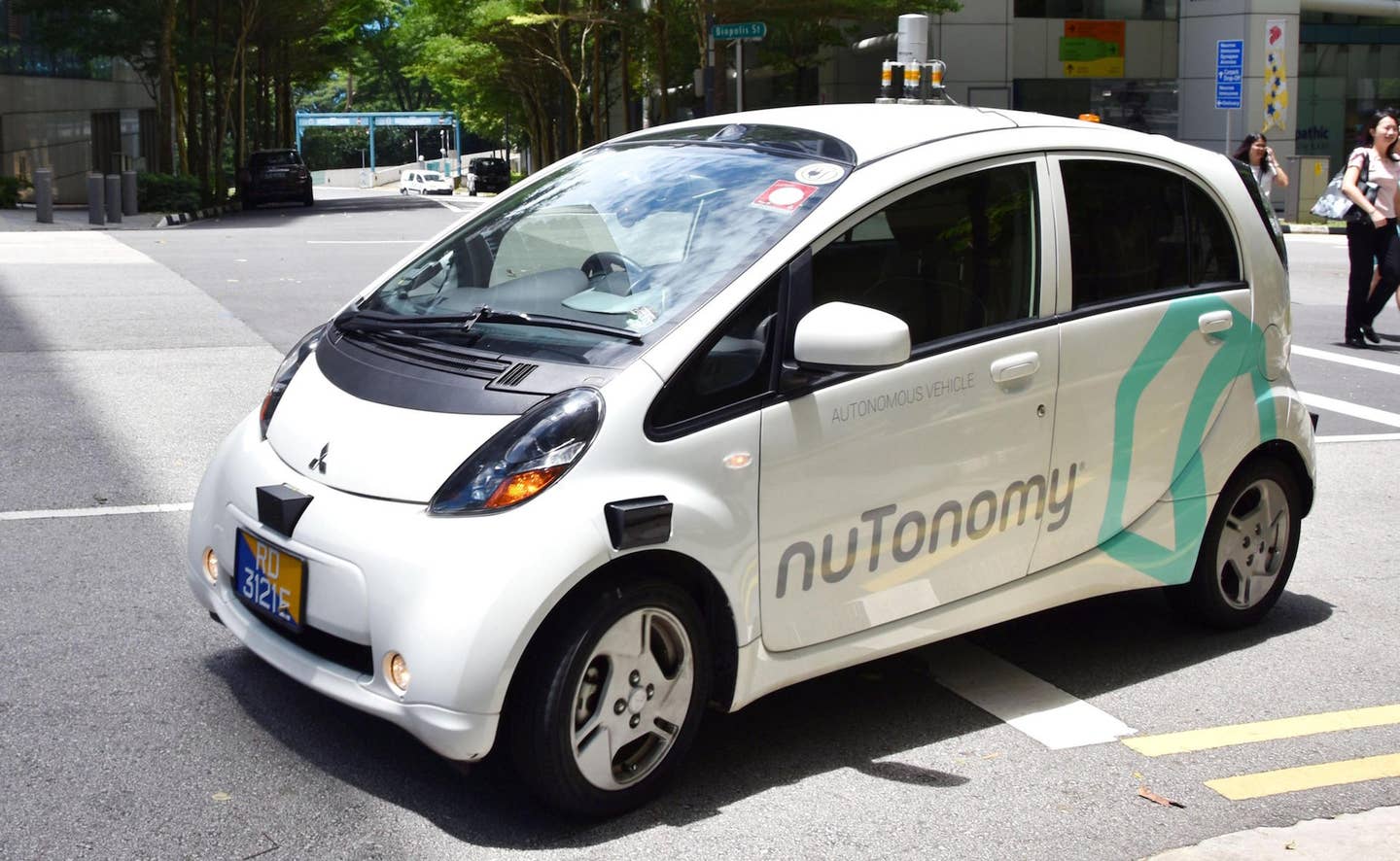 While the news that Uber would be launching a fleet of self-driving cars in Pittsburg this month dominated the news last week, it turns out the effort won't be the public's first chance to try an autonomous cab. with The world's first self-driving taxis were unleashed in Singapore Thursday as part of a limited test organized by a group of engineers.

Self-driving car startup nuTonomy set its "robo-taxi", a self-driving Mitsubishi i-MiEv electric car, free in a tech-friendly business area of western Singapore and offered members of the public free rides, Reuters reports. Though the i-MiEv drives itself, nuTonomy keeps an engineer behind the wheel in case the car experiences technical difficulties. A similar strategy will be used by Volvo and Uber during self-driving taxi testing those companies are rolling out this month in America.

nuTonomy's "robo-taxis" have been on the road since April for private tests, but they are only now being used for real=world ride hailing. An executive with the development group, Doug Parker, tells Reuters that his team plans on having 100 taxis available for the public's use in Singapore by 2018. The current test run. then, will be a key part of collecting feedback for the taxi service.

As we mentioned a couple grafs back, last week Volvo and Uber publicized a $300 million partnership involving self-driving XC90 SUVs that Uber will use for ride-hailing duty in Pittsburgh. Further down the road, the two companies' combined efforts will involve Volvo developing a new model based on the automaker's Scalable Product Architecture platform, which the current XC90, S90, and V90 are built on, specifically for autonomous use. That car, which is expected in 2021, will be sold to Uber for the ride-hailing company's own self-driving car schemes.