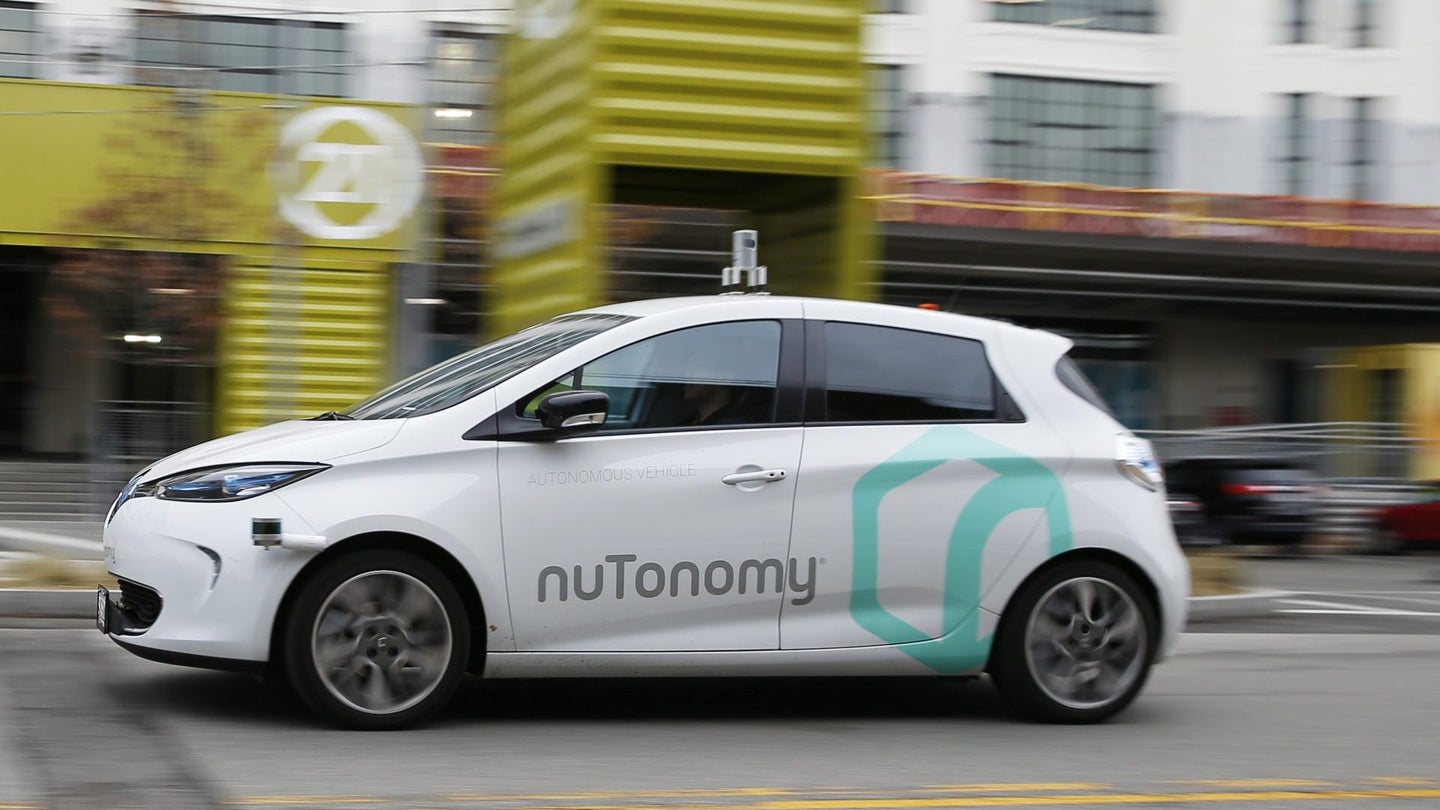 Lyft and Boston-based startup NuTonomy are forming the latest combination in a constellation of self-driving car partnerships. The two companies claim their joint effort could pave the way for the commercialization of autonomous ride sharing.

"We see a future where car ownership is optional," Lyft CEO and co-founder Logan Green said during a conference call announcing the partnership. While the joint effort will initially focus on research, Green said it could ramp up to "thousands of NuTonomy cars on the Lyft platform" at some future point. He also said Lyft expects ride sharing to account for 80 percent of vehicle miles traveled in "a couple of decades," with autonomous vehicles as the driving force behind that trend.

While Lyft already has an existing partnership with Waymo and close ties to General Motors (which is also developing autonomous cars), the company claims NuTonomy's small fleet of prototypes will be the first self-driving cars connected to its ride-sharing app.

At some point in the next few months, Lyft customers will be able to hail the NuTonomy self-driving cars that began roaming the streets of Boston earlier this year. The cars are currently confined to certain parts of Boston's Seaport and Fort Point areas, under an agreement with the city government. (NuTonomy also launched a small-scale self-driving taxi program in Singapore last year.)

Lyft and NuTonomy will initially focus on development work related to integrating the Lyft app with NuTonomy's self-driving cars, and see how customers react to an autonomous ride-sharing service. Both companies are eager to commercialize robotic ride sharing, though. NuTonomy hopes to put thousands of autonomous taxis on the streets of Singapore by 2019, and Lyft hopes its multiple AV partnerships will yield its own fleet of shared self-driving cars.

But while NuTonomy supplies the technology to make cars autonomous, and Lyft supplies the ride-sharing app, neither company makes cars. The cars used in the Boston pilot program will be Renault Zoe electric hatchbacks, and NuTonomy recently signed an agreement with PSA Peugeot Citroën to integrate its technology into the French automaker's products. Lyft has an existing relationship with GM, which is testing autonomous Bolt EV electric cars through its Cruise Automation subsidiary.

Lyft could have stuck close to GM and theory gotten everything it needed to launch self-driving cars. NuTonomy's alliance with PSA won't do much good in the U.S., since PSA doesn't sell cars here (although it does back the TravelCar car-sharing service). But there is always the possibility of Lyft and NuTonomy establishing yet another partnership.

It's likely too early to tell exactly how autonomous cars will develop; the multiple partnerships undertaken by various automakers and tech companies might just be a way of hedging bets. Only time will tell.