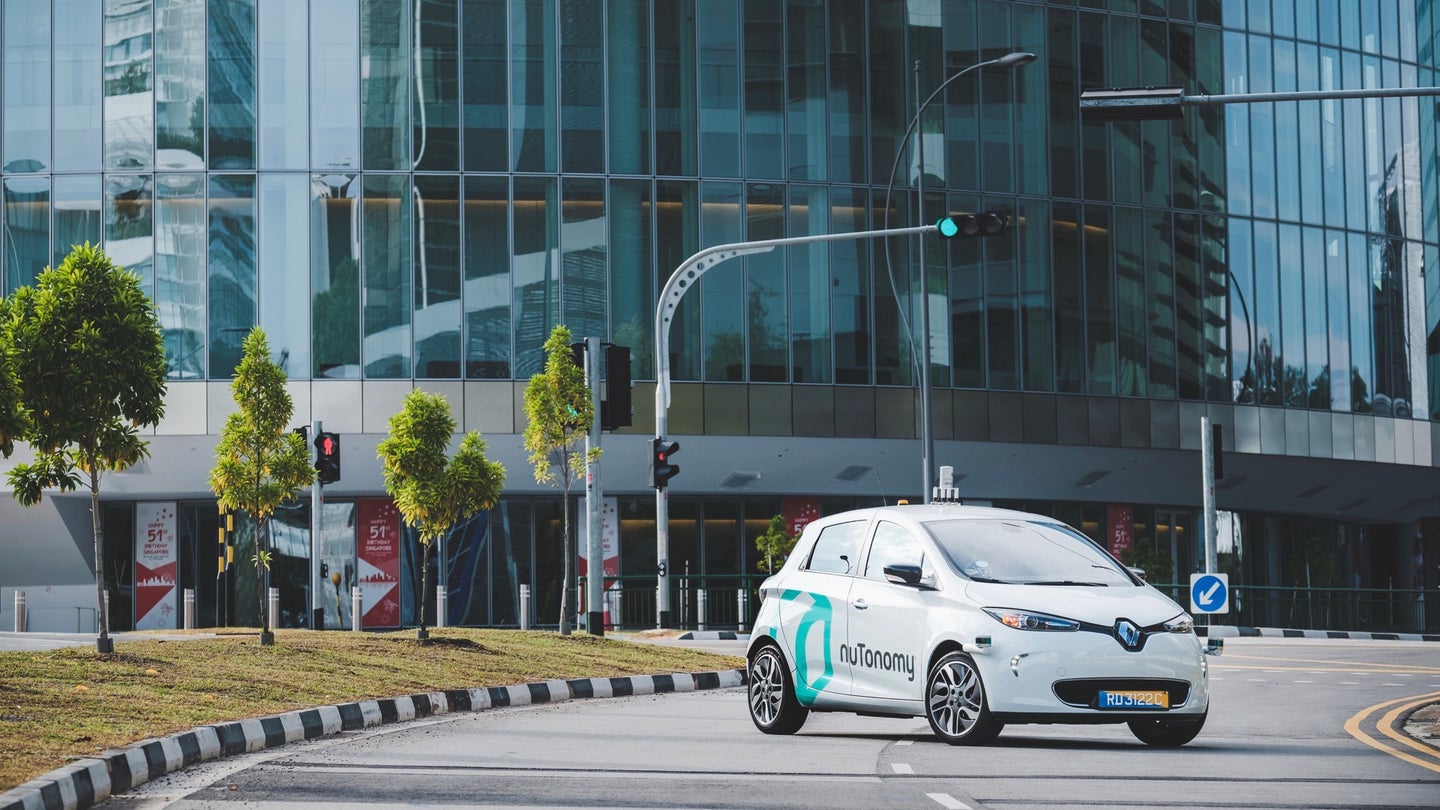 NuTonomy's prototype cars with self-driving technology will soon become a more familiar sight to Bostonians. The startup now has permission to test its cars on public streets throughout the city. Testing was previously restricted to a specific area within Boston's Seaport district. NuTonomy is the first company authorized to operate vehicles with autonomous technology citywide in Boston.

"Working collaboratively with NuTonomy over the past two years, we have monitored their progress through the testing process and we are confident in the company's commitment to safety," Boston Transportation Commissioner Gina N. Fiandaca said in a statement. City officials view self-driving technology as an important part of the Go Boston 2030 Transportation Plan, which seeks to reduce traffic fatalities and add transportation options for city residents.

"If deployed thoughtfully, shared fleets of autonomous vehicles could offer the City of Boston the potential to improve safety on our streets, provide equitable connections to the MBTA [Massachusetts Bay Transportation Authority, the city's public transportation system], and offer a new source of mobility to all Boston residents," Mayor Martin J. Walsh said in a statement.

The decision to let NuTonomy's cars with autonomous technology roam free comes roughly three months after the company was asked by Boston officials to temporarily suspend the test program  in the wake of a fatal crash involving an Uber car with self-driving technology in Arizona. The program was soon restarted, and the citywide expansion indicates that the Uber crash may not blunt the momentum of semi-autonomous cars too much in the long run.

NuTonomy began operating its modified Renault Zoe test vehicles within the Raymond L. Flynn Marine Industrial Park in Boston's Seaport district in January 2017. The test area was subsequently expanded to include other streets within the Seaport district. Prior to that, NuTonomy made headlines by launching a ride-hailing pilot in Singapore well ahead of larger rivals like Uber and Waymo.

In Boston, NuTonomy also works with Lyft to offer rides in its semi-autonomous technology cars to certain members of the public. NuTonomy's parent company Aptiv, the former automotive supplier Delphi, is also running a fleet of cars  with self-driving technology in Las Vegas in conjunction with Lyft.

The automotive supplier is getting more serious about autonomous driving.