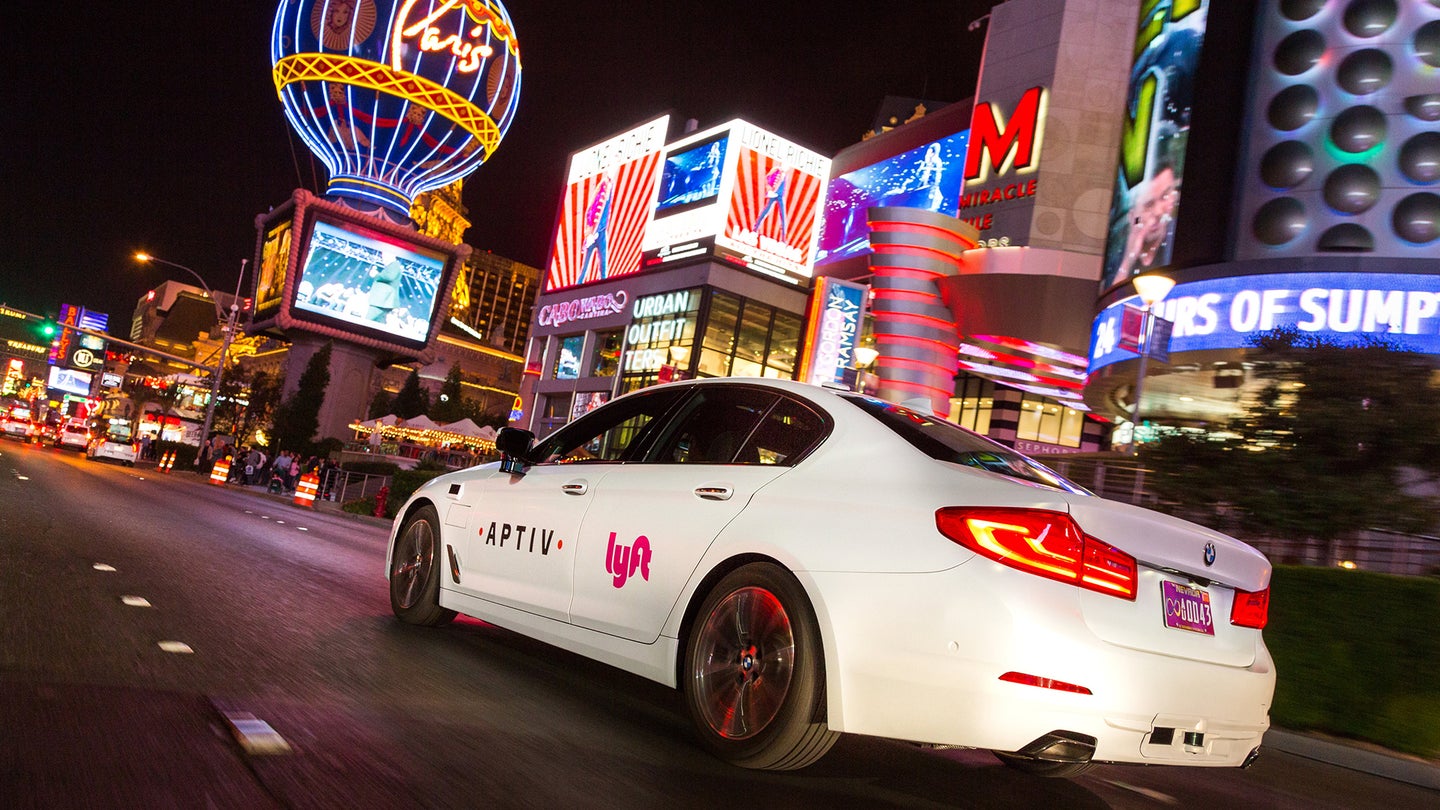 In January, Lyft began offering rides in prototype autonomous cars from Aptiv's test fleet in Las Vegas during CES. Rides were initially offered to journalists but after CES, the program was expanded to include members of the public. Riders use the Lyft app to hail the cars, but the vehicles themselves were developed by Aptiv.

Self-driving car rides are only offered between about 20 pickup and drop-off locations around the Vegas Strip. If a customer is traveling along an approved route, the app asks if they want to ride in a self-driving car. Lyft charges the same amount for autonomous and human-driven rides, according to Reuters. All self-driving cars have two human safety drivers onboard.

Aptiv has 75 test vehicles in Las Vegas, 20 of which are picking up Lyft riders, according to Reuters. The company was previously the automotive supplier Delphi, which recently reorganized to focus more heavily on tech-related businesses. Last year, Aptiv/Delphi acquired autonomous-driving startup NuTonomy, which is testing prototype self-driving cars in Boston and Singapore. NuTonomy also has an agreement with Lyft to give rides to customers in Boston.

Lyft has its own in-house self-driving car program and hopes to automate a sizable portion of its fleet over the next few years. But the company started development work later than Uber and Waymo, which plans to launch an autonomous ride-hailing service in Arizona later this year. Lyft has relied on partnerships with companies like Aptiv to close the gap.

But Lyft may be helped by trouble at Uber, which shut down its self-driving car program after a fatal crash in March. After one of the company's test vehicles struck a pedestrian in Tempe, Arizona, Uber pulled its cars out of the state. Uber has said it will resume testing in Pittsburgh but has not redeployed its cars yet. The company also recently scrapped its self-driving truck program.