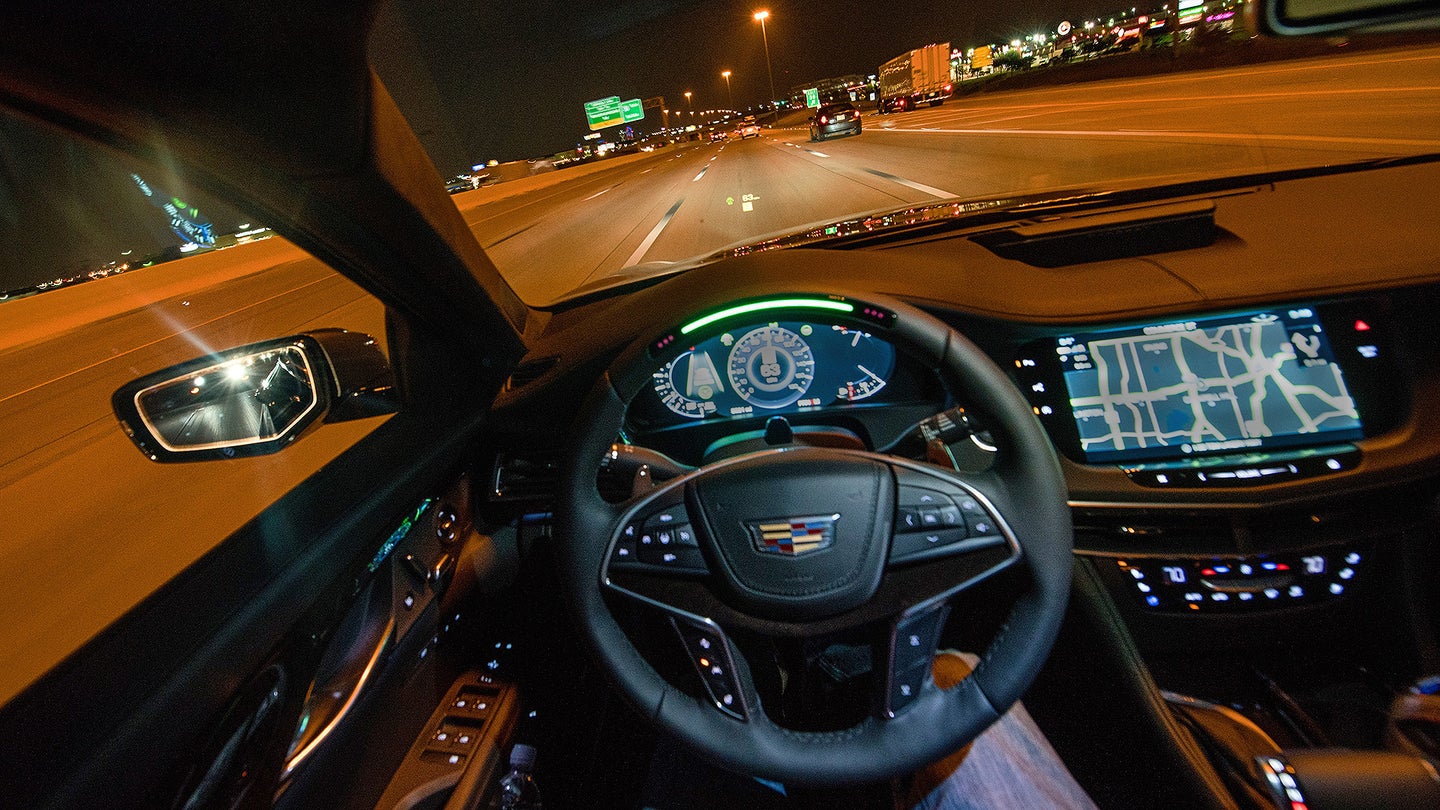 To hear automakers tell it, we’ll all be rolling around in fully autonomous cars by the end of this year—and yes, I realize that’s three weeks away. But so rabid is the mania for autonomy among the Teslas and Audis and Cadillacs and Waymos and Mercedes-Benzes of the world that they’ve all been predicting its imminent arrival with the same zeal Virgin Galactic has while claiming it would be launching space tourists on suborbital joyrides since 2004. (Number flown so far: Zero.)

All revolutionary new technologies need a reasonably long runway, but the providers of that tech also need to set reasonable expectations for how long that runway will be. And the automotive manufacturer’s current predictions for self-driving cars are rosy, to say the least. Autonomy systems specialist Nvidia announced this year that fully self-driving cars (a.k.a. Level 5 autonomy) would be on the road by 2025, and Bosch declared it would hit Level 4 autonomy by the same date, according to a report in Automotive News. BMW claims Level 4 and 5 will be ready by 2021, and Audi and Ford think they’ll reach Level 4 by 2020. Volvo has its Drive Me program rolling out now, but only in a test program of 100 vehicles in Sweden. But it’s also selling its XC90 SUVs to Uber for its robo-taxi effort, which the ride-hailing company claims will bow by 2021.

But what those projections actually mean varies wildly. Manufacturers are often ready with exciting dates, but are predictably cagey about the details—relative to where such vehicles would be deployed, under what circumstances, and with exactly what suite of technical capabilities. Furthermore, it’s never truly clear if they’re folding in the legality and liabilities of such technologies, or the actual consumer appetite for it. Those are all critical elements—especially when you realize that all the technological progress in the world won’t mean squat if you can’t register the car in the first place. After all, Level 4 technology is legal to operate precisely nowhere in the world right now. Given that it’s taking upwards of seven years to convince the American government to permit frikkin' laser beam headlights on U.S. roads, it’s unlikely they’re just going to cut driverless cars loose without fully vetting their safety and agreeing on the rules and steps for their integration.

So where does that leave us in terms of the self-driving car timeline? In general, conversations with automakers typically paint those years as points of technological readiness, rather than on-sale-by dates. Considering the appeal and the benefits in safety, convenience, and efficiency, the tech clearly has momentum, with manufacturers rolling out new semi-autonomous capabilities by the month as a way of easing the public into the idea. More advanced versions will definitely begin appearing in meaningful applications sooner rather than later...just perhaps not where you’d expect.

“I don’t have a crystal ball, but we’re going to start seeing full autonomy very soon, mostly in private-property situations, such as at gated communities and airports,” says Danny Shapiro, senior director of automotive technology at autonomous-systems engineer Nvidia. “That will help the public and regulators see the technology in action. Nobody wants to be responsible for a decision that leads to one bad outcome, and we’re working to help Congress and other groups understand how safe the technology is, as well as what levels of safety will be acceptable.”

Shapiro’s team has testified before Congress on the issue of autonomy, and says things are heating up there. To get a bead on where we are relative to regulatory approval—and the true timeline for autonomy—I spoke to Jeremy Carlson, an autonomy and mobility analyst with industry research firm IHS Markit. According to Carlson, the Department of Transportation updated its autonomy guidance document in September, which is one year after the Obama administration released its initial version of the document. It’s essentially a set of voluntary guidelines from which actual regulations will eventually emerge.

“Being voluntary is important,” Carlson told me. “It leaves room for discussion and encourages participation and leadership from industry—as well as the hints at eventual regulation—including the specific roles that U.S. states and the U.S. federal government can assume as the conversation moves towards regulatory implementation in the future.”

The U.S. House of Representatives and the Senate are developing their own regulations, he continues, but both are in their early stages. Both versions are generally favorable to industry and the new technology, and similar to the initial thoughts put forth by the Trump administration. Ultimately, regulatory approval for Level 4 and Level 5 autonomy can come from individual states or from the federal government.

“Either way, several important topics would need to be addressed: evaluating the technology and the way it is implemented in a given vehicle, aligning or exempting new technologies with existing vehicle regulations, licensing and registering the autonomous vehicle, and likely many more elements that relate to a new technology,” Carlson said.

So it’s still safe to say that the government’s grasp of autonomy remains at a very early stage, and there’s no clearly defined path for full integration into public roadways—apart from testing permits granted to the manufacturers and developers on a case-by-case basis. In light of this, IHS Markit expects the first Level 4 vehicles—which still require driver participation under certain circumstances—to be deployed around 2021, but in small volumes and in mobility service fleets rather than personal vehicles, Carlson says. Further, they’ll be in select urban centers with proven demand for the technology.

He expects private vehicles to see the tech closer to 2025, and the possibility of Level 5 technology—that is, no driver participation whatsoever—within a few years after that. “Even then, both segments will remain at relatively low volumes, with significant growth expected about five years after the initial deployment in the segment—meaning increased growth in the latter half of next decade and through the 2030s.”

So, extrapolating from that estimate, we’re still at least 20 years from the day when you can whistle up a robo-taxi, throw your kid in it, and shuffle her off to school without batting an eyelash. Don't throw away your driver's license just yet.