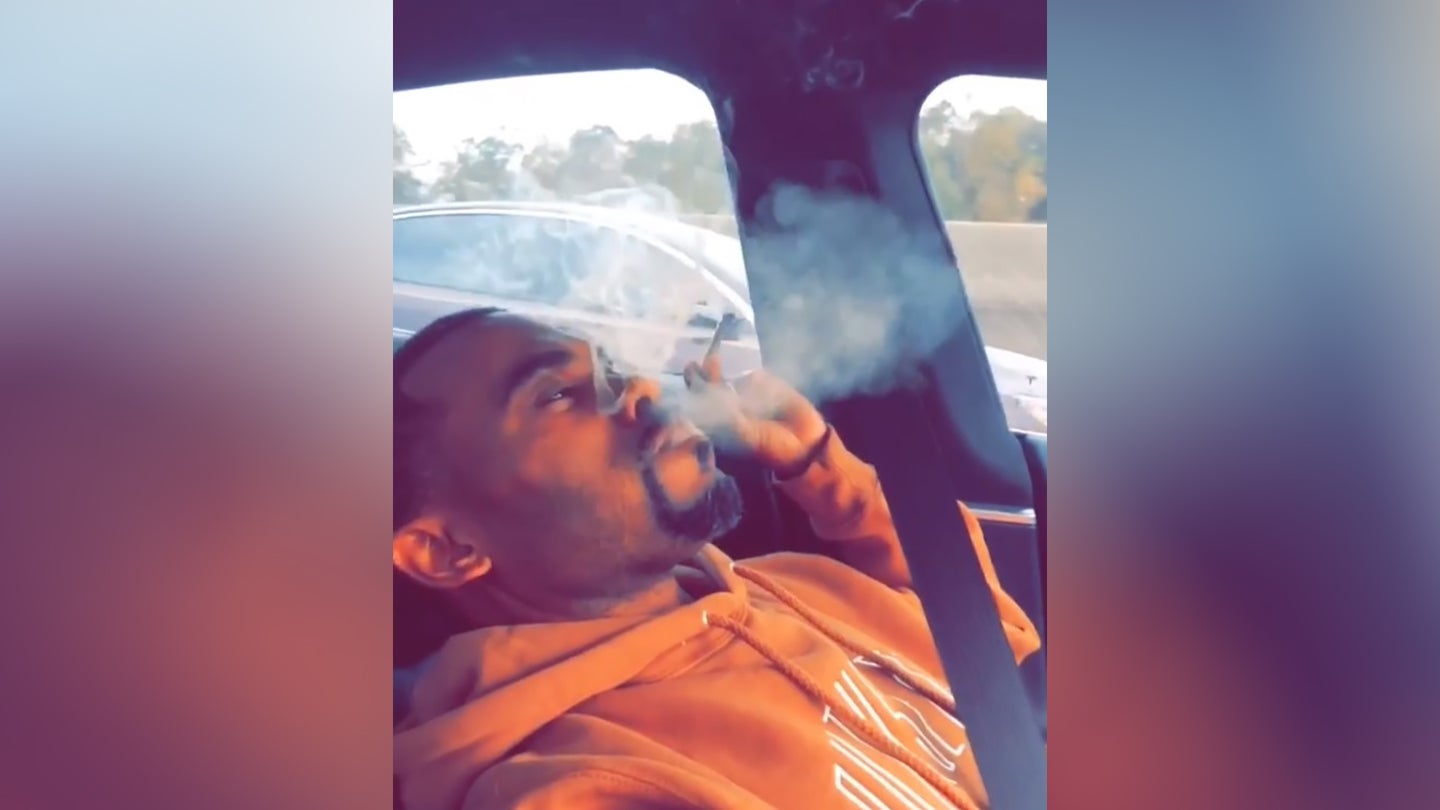 Despite what the marketing-speak from manufacturers might have you believe, there is currently no production car or truck on sale today with an autonomous setup that can safely drive a totally-blitzed human being home. And yes, despite its catchy name, that includes the Autopilot system found on every Tesla Model S, Model 3, and Model X. So while it may be tempting, maybe wait until you get home to smoke that weed?

Comedian Lil Duval sparked a miniature controversy over the weekend when he posted an Instagram video of himself cruising along in his Tesla Model S at 75 mph in full relaxation mode—seatback reclined, music on blast, and what looks like a big joint in his hand. The caption is "What y’all fake caring about today," implying that he doesn't have to care about driving anymore, because his Tesla can do it for him. Funny, and wrong.

You don't need a law degree to know that it's illegal to smoke marijuana while operating a moving vehicle. And while you could make the case that the Tesla is operating itself in that moment on the highway, let's not forget that Tesla bills the Autopilot feature as "On-ramp to Off-ramp" on their website, meaning you still have to take back control on surface streets. The automaker is very clear that it's a semi-autonomous system that requires the driver to be alert, aware, and generally paying attention, as a Tesla spokesperson reminded the International Business Times when shown the video.

That hasn't stopped hundreds of Tesla drivers posting videos of themselves goofing off behind the wheel while the car drives itself, and it won't stop people from trusting the sometimes disingenuous promises of safety and capability from other manufacturers as we race into the future. So for now, whether a computer is at the controls or not, try to keep your head out of the clouds when you're behind the wheel.